Tyler Berens tries to climb out of the hole, yet something holds him back 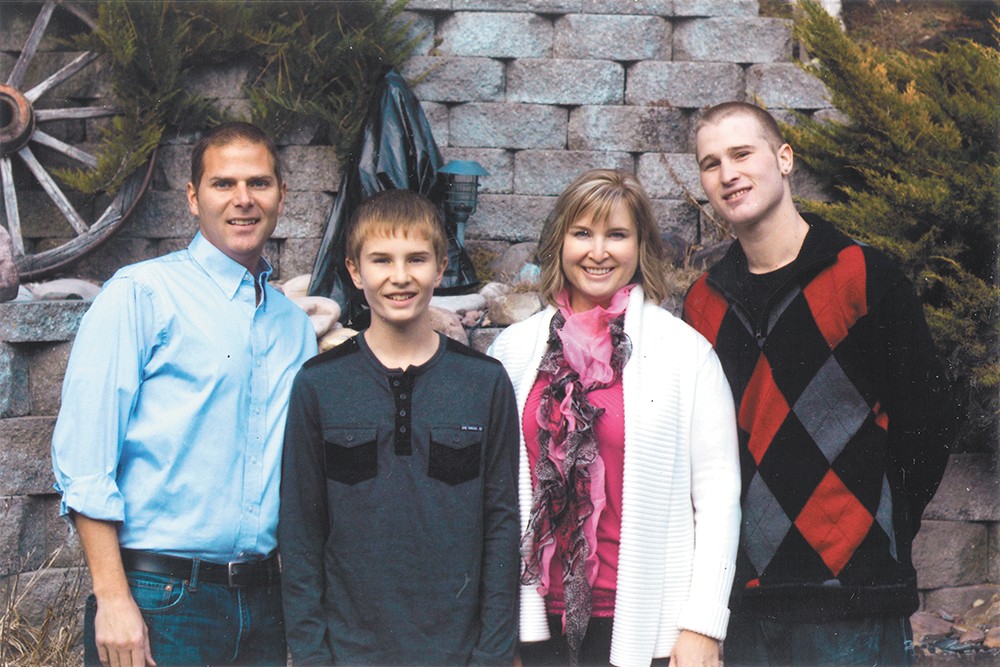 Tyler (right) with his mom, half brother and stepfather on Thanksgiving 2014.

where she safekeeps the image of the young man she loves.

It's a Thursday evening in September. Tyler Berens is doting on her youngest daughter, 4-year-old Aaliyah, and helping with her math exercises. The Disney movie Moana is playing on the living room TV.

In this moment, Tyler is almost perfect — Hillyard sees his generosity, his joy and his willingness to act a fool with her kids. Later, he helps Aaliyah and her older sister, Meah, get ready for bed, as he has for the past several months. The four of them watch cartoons until they fall asleep.

Just a day earlier, Hillyard had picked Tyler up from jail. The 25-year-old had turned himself in for violating his probation. He's racked up other drug and DUI charges, stemming from a drug addiction that he's fought for about a decade.

Where so many people see a rough facade — tattoos, fresh sneakers, no smile — Hillyard sees a kind-hearted man who thinks to help others before himself. Where others see Tyler as an addict and nothing else, she sees someone climbing out of a hole that seems to only grow bigger with each grasp.

He is almost there. 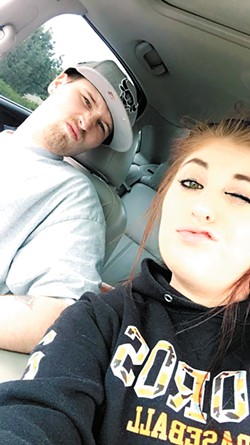 To hear his mother tell it,

Shawna Burnett has him when she is 25 and single. His father is not a part of his life, leaving a pit no one can fill, Burnett says.

She marries when Tyler is 7 and has another son. The foursome get along OK. His friends say Tyler often feels like the odd man out. As a kid, Tyler has a knack for drawing, and Burnett buys him an art kit. Maybe he should be a tattoo artist, she thinks.

Smoking weed at 13 quickly turns into smoking opioid pain pills, Burnett says. By 16 or 17, Tyler goes to treatment at Daybreak Youth Services in Spokane. At 19, he's off to a facility in Yakima, and he spends about a year at a center in Seattle before his 21st birthday, she says. By that point, he isn't allowed to live at home anymore. Burnett struggles mightily with that decision. She and Tyler's stepfather fight about it, but they want to shield Tyler's half brother from the world of drugs.

Tyler watches a few friends get clean and stay clean.

Katie Gendron is one of those people. They date for several years. They live together, and get high together. Until one day when it gets out of control. Gendron tells it like this:

Tyler made her part of his family when she had none of her own. For a while, they kept it together. They worked, paid bills and attended family functions, but hid their habit.

"He would shovel our elderly neighbor's driveway first thing in the morning or go change the batteries in her fire alarm for her," Gendron writes in a Facebook message.

"We broke up after I hit my rock bottom. We were using so much that it had completely consumed us. I lost my job because I was so 'out of it' I couldn't perform my duties. I would find Tyler almost unconscious at times. One night I overdosed and blacked out. Thankfully Tyler's family had come over and found me. After a few days on suicide watch at the hospital Shawna helped me pack my belongings and took me to my great grandma's house. We both knew that Tyler was in serious trouble."

She lives in California now. She left Tyler behind to save herself. It was the hardest decision of her life.

Jared Brown is also one of those people. He was charged with drug possession around the same time as Tyler in 2014. They started in Spokane's drug court together and leaned on each other for support.

"But he still had that hustle, that fight to him," Brown remembers. "Even when he was in the drug court program, I tried to keep him on course, but he was so goddamn stubborn. He would do what he wanted to do. I loved him like a brother, and I'm sure he felt the same way."

Brown completed the program and has been clean for two years. Tyler drops out.

For a while, Tyler would get better, get a job and a place, and go snowboarding and camping with the family at Priest Lake.

"Then the other shoe would fall off, and he would sink into a deep hole again," his mother says.

Burnett would fall, too, paralyzed by worry. For 10 years she's walked the razor's edge between guilt and relief. The pit grows deeper with the DUIs, the arrests and the felony conviction. Even with her expertise as a nurse, Burnett is at a loss. The system is broken, she says.

"We put him through several treatment centers. I just wish there was longer treatment programs that are lockdown — two years in the wilderness, and they came out with a guaranteed place to live and a job. That's what I wish."

Few places in the United States are immune to addiction's ruin. Initial estimates for 2016 indicate that 64,000 people died of drug overdoses, compared to about 52,000 the previous year. Drug overdose is the leading cause of death for Americans under 50, according to the Centers for Disease Control and Prevention.

Through it all, Tyler and his mom stay close. He calls every day and ends each conversation saying, "I love you." Tyler reminds his mother that his faults are not hers.

It's on him. He wants to stop. He promises he will.

Tyler is certainly not perfect.

And he would tell you that.

"You have no idea how I feel," he would tell his mom. "I didn't want to grow up to be a drug addict."

Keri Hillyard loves him despite his faults. He cares for her daughters as if they're his own — teaching them how to make shrimp and crab legs for dinner and cupcakes for dessert.

Theirs isn't a long romance — they've been together since January — but it's powerful. She encourages him to see his son by another woman, born less than a year ago. He vows to be a good father. He signs up for classes at Spokane Falls Community College. He's going to be a counselor for recovering addicts.

Hillyard knows he's sick, but he's taking medication. He only uses when the medicine runs out, she says.

It's Friday now, two days after Hillyard picked him up from jail. She falls asleep before Tyler comes home that night. The next morning, her daughter Meah wakes her up. Tyler isn't breathing. Hillyard sends the girls to the other room. Over the phone, dispatchers count as she pounds on his chest.

Hillyard sends her away again. She continues the panicked compressions.

For almost an hour, medics try to revive him. The autopsy isn't finished yet, but friends and family believe the drugs finally overtook him.

Hillyard is remembering Tyler now, a few weeks after his death, while her children play on a nearby playground in the NorthTown Mall. This is where they met, she says.

"Do you have anything to say about Tyler?" Hillyard asks Meah.