If you're in the mood for something oddly specific, let us help you with that

There are going to be some items on these menus that you have to do a bit of Googling to figure out, but don't let that scare you off. That's all part of Restaurant Week. If you want to expand your culinary vocabulary, here are a few things you can try. The Copper River Salmon at Wild Sage might not sound to out of the ordinary, but it's served with onion soubise, a throwback sauce made simply from beef stock, onion and butter.

At Bonsai Bistro, you'll find the tuna dashi a la furansugo. That's a tongue twister of a name for a dish that combines seared bluefin tuna, shiitake mushrooms and asparagus made in a tarragon dashi cream sauce.

If you want to get a little adventurous, try the oxtail pate at Italia Trattoria. A pate, if you didn't know, is meat, in this case oxtail, that's ground into a paste and often mixed with spices and vegetables.

For dessert, you can impress the table by knowing what to expect upon ordering the peanut butter terrine at Corkhouse. "Terrine" can refer to something similar to a pate, but it also means anything chilled in a rectangular terrine pan. Here, it's peanut butter draped in sea salt, dark chocolate and maple.

There's a Drink Local pairing with every menu, but there are also restaurants that are making booze an actual course you can choose ... because there's nothing wrong with drinking part of your dinner.

For dessert at Charley's, you can forgo your fork altogether and opt for a lemon meringue pie martini. And at Prohibition Gastropub, there's a new take on an old dessert with the beer float. It's a scoop of ice cream dropped into a dark beer — they recommend the Dark Persuasion German Chocolate Stout from Icicle Brewing.

Other spots, like J.J.'s Tap and Smokehouse in North Spokane, is offering a first course consisting simply of your choice of locally produced beer, wine or liquor, in the event that you needed help with the whole Drink Local thing.

Seafood is always a big part of Restaurant Week, and some specific trends emerged. One of those is the appearance of steelhead, most of it locally sourced, on the menus. Clinkerdagger has a Columbia River peppercorn steelhead, while Spencer's has a cedar plank grilled steelhead served with cauliflower and romesco.

There are also a number of restaurants serving trout. The Rusty Moose has Idaho rainbow trout served with red potatoes and veggies, while Laguna Café is serving up a grilled steelhead trout.

One of the things to take note of during this fabulous week-plus of eating your way through the region is the way in which our restaurants utilize the bounty of our corner of the country. Many spots will be sourcing their ingredients from close to home. At Table 13 you'll find dishes made with the legendary sweet onions of the Walla Walla area; the Red Tail Grill is making its ragout with lentils from the rolling hills of the Palouse. The meat is also not traveling far to arrive on your plate at restaurants like Hill's, which is featuring a top sirloin from Double R Ranch. The Globe is serving bison from Montana.♦ 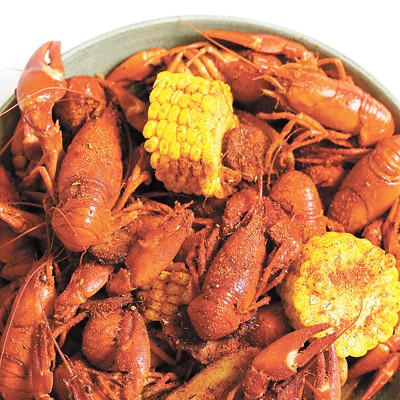 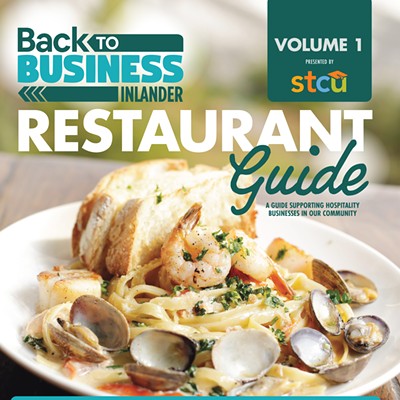