Chemistry, team culture and courage: The miracle of Gonzaga and its first Final Four appearance 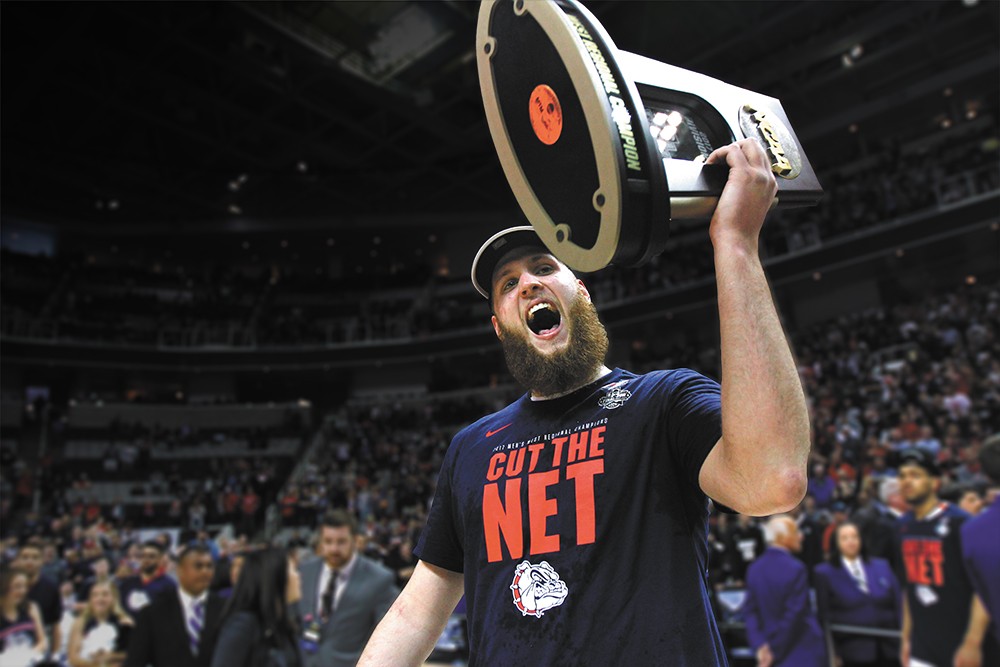 If you are a Zags fan, you may be near insanity with your plunge into fanaticism during the past two weeks. Gonzaga University has made it to the Final Four after how long?... 19 years in a row of March Madness?... and before that... forever? How did this unlikely event happen, and does this team really have a shot at a national championship?

A single moment can be miraculous, and nearly all NCAA men's basketball championship teams have encountered something of the miracle in their separate paths to the pinnacle of what some call the greatest sporting event in the world. March Madness is a single-elimination tournament that pits the 68 top teams in men's college basketball against each other for three weekends in March and April, until there is only one team left standing. Fanatics go wild for it, spend every waking hour following it, and often fall into depression when their team loses. Remember the loss to UCLA in the Adam Morrison years? There was a swath of Spokane that seemed caught in a haze of pain and regret, a broken-hearted zombie-land more real than many would like to admit. OK, some of us get crazy over sports.

That said, does Gonzaga have a real shot at winning it all this year? Multiple sports figureheads have said no, not just this week, but from the beginning. So it might take a miracle. And if it does, for me the miracle is in the mundane. Basketball can become a furnace of immense heat to the character of young men — a crucible, a testing fire that generally wilts the spirit or makes one stronger. In the case of the 2016-17 Zags men's basketball team, and so many exceptional Zags men's teams that have gone before, I see three unifiers that are generally unsung, but form a powerful engine at the heart of great teams. First: humble coach, humble team. Second: gratitude generates brotherhood and self-sacrifice. Third: courage makes people gritty, and grit is contagious. 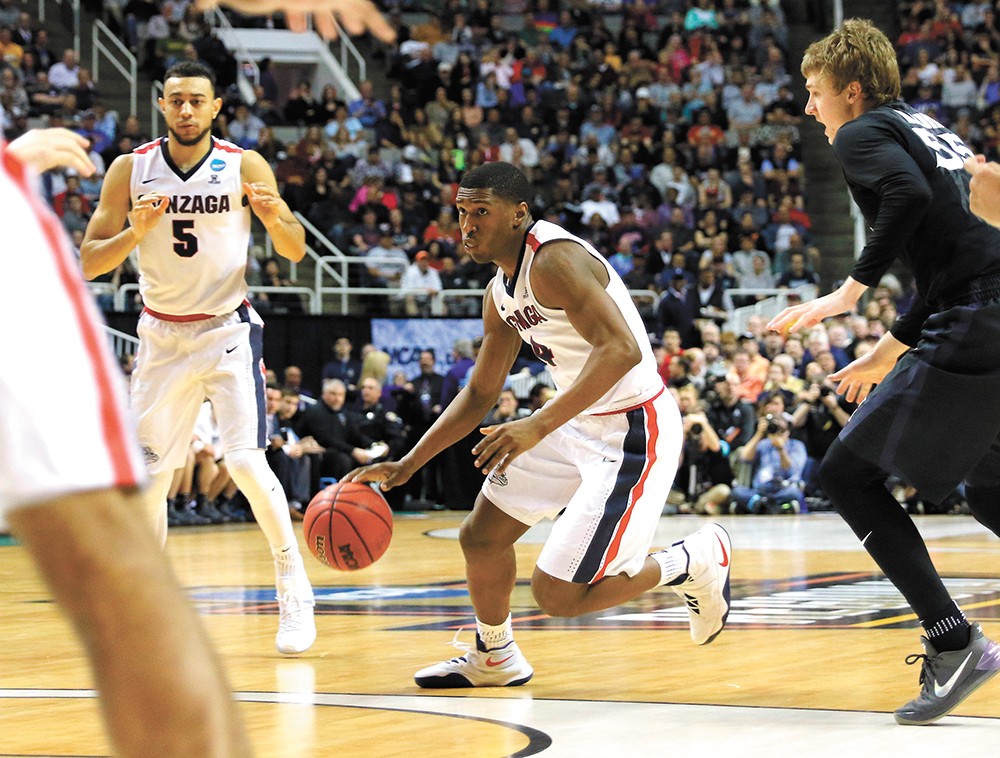 In the human arena, as fraught as it is with unrest, alienation and outright inequity, it seems right to me that college basketball teams sometimes represent a place where young men develop a brotherhood that transcends many of our all-too-common human ills. Mundane but ultimately decisive qualities such as humility and gratitude can form a bridge that connects these young men, and their courage and grit can give those of us who are fans a window into a deeper understanding of ourselves and others when we face the intensity of life together. In persistent acts of humility and gratitude, a team reveals its character. In purposeful acts of courage and grit, a team proves its chemistry, its culture. With these Zags, their mettle may be most fittingly captured in what transpired in the final minute of the game against West Virginia to advance to the Elite Eight. Before nearly 17,000 screaming fans, in a game like a junkyard dogfight, a moment of sheer tenacity unfolded. Every possession was of extreme value: every turnover meant the lost dream; every made basket meant the dream was still alive. Approaching the final minute, Zags point guard Nigel Williams-Goss gathered a huge rebound, but when he tried to dribble, the ball was stolen and in a flash, West Virginia's big man Nathan Adrian had it, soaring toward the rim for a sure two points that would seal the victory for the Mountaineers.

But then came the miracle.

Zags guard Josh Perkins, 6 inches shorter than Adrian, seemed to rise from nowhere, climbing the ladder swiftly and blocking Adrian's shot cleanly from behind, above the rim. Williams-Goss recovered the ball and sped upcourt, zigzagging between defenders until he spotted shooting guard Jordan Mathews on the left wing and threw a sharp diagonal pass. Tipped slightly by West Virginia's vaunted full-court press, the ball angled downward but Mathews dug it out, rose smoothly and released a deep 3 with gorgeous form. His eyes were fierce, his frame focused and confident. The follow-through was like the neck of a swan, and when the shot went in, the crowd exploded with a deafening roar. Moments later, the Zags made a heroic defensive stand in the final seconds, with Williams-Goss hounding powerful West Virginia point guard Jevon Carter's 3-point attempts, and the team working as one to deny the Mountaineers' final opportunity. 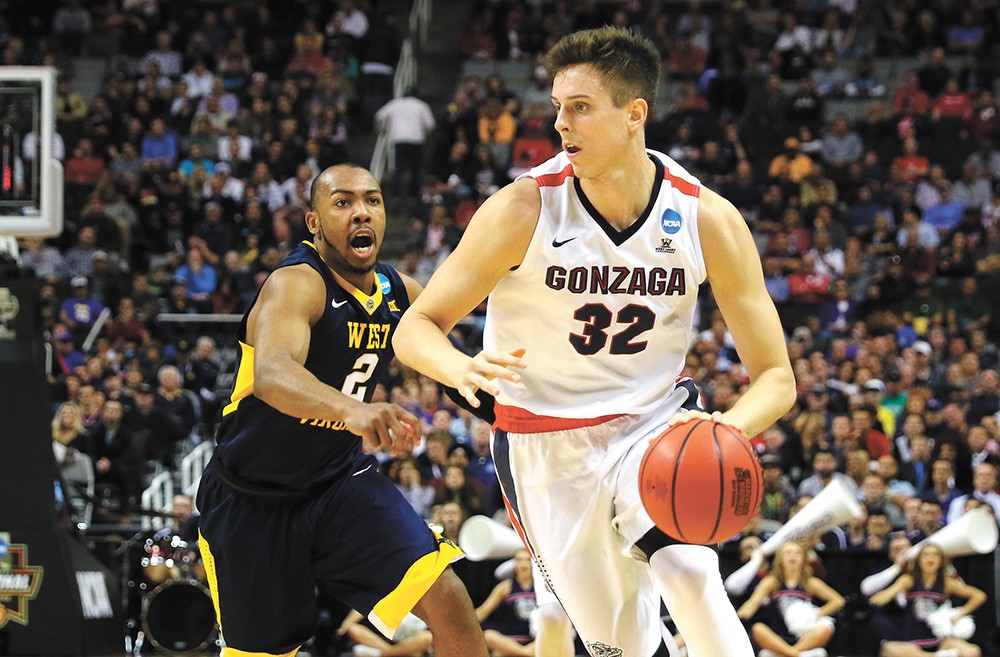 When it comes to basketball, I think of grit as something honed by a season of mundane choices (practicing precision, effort and discipline over and over again) that eventually build to moments of courage during the chaos of competition. Social scientists tell us that humility is related to greater emotional well-being, and gratitude is related to greater critical thought. But who thinks of the effects of such values on major college sports teams? Where do these virtues come from? I'm not sure, but I found them over and over in listening to Zags coaches and players. I tend to listen to the pre- and post-game press conferences, because they provide a unique lens through which to view the heart of the coach and the hearts of the players.

Nearly three decades of mundane choices — to be purposeful, to refuse to take the easy way out — have resulted in something we might call a miracle: this team plays defense with alacrity, and plays offense beautifully.

Head coach Mark Few often reiterates that it wasn't easy, the effort to build a successful basketball program. "I've been here [nearly] 29 years," Few said. "The first year we won four Division I games. All this [referring to the 19-year NCAA Tournament streak, and now the Final Four] was impossible." Few was asked what he thought a Final Four appearance would do for his legacy. Nothing, he implied, going on to clarify that winning basketball games is a misguided way of thinking of legacy. In fact, Few framed his views on legacy with comments about relationships, saying he values his players and their respect for him. Then he went in an entirely different direction than basketball, telling the reporters that when he thinks of legacy, he thinks of his dad.

"I'm far behind my father," he said, "a Presbyterian pastor for 54 years." He implored the room to think of what his father had done... helped thousands of families get through their tough times, led thousands of souls. "That's the legacy I'm looking at. I've got a long way to go, living up to that guy's standard. He's a titan of a man when you talk about the impact he's had on people." He told reporters he deeply loves his team, and all who've played for him, Gonzaga, and the Spokane community, and he's always wanted his players to have the best experience possible. He spoke of what a great pleasure it is to coach his players, calling beloved bearded center "Shem" Karnowski "the Magic Johnson of 5 men," referring to Nigel Williams-Goss as "the greatest leader he's ever coached," and naming Jordan Mathews "Big Shot Bob."

Zags players also spoke of relationships in their press conference statements. Mathews said that "being with all these guys has been nothing short of amazing." Johnathan Williams III, known as "J3," in answering questions about winning the Most Outstanding Player award for the West Regional this past weekend, stated, "I wouldn't be here if it weren't for my brothers," referring to all his teammates, and looking to Karnowski, Williams-Goss and Mathews seated next to him on the podium.

Williams-Goss, a devoted student-athlete and one of the most elegant player-spokesmen in college basketball, said of the brotherhood he's experienced with his team, and now the Final Four, "I'm thankful. As bad as I wanted this for myself, I wanted it first and foremost for my coach. There's no one more deserving as a coach than him. I wanted to do it for him, and for all the Gonzaga supporters across the country, especially in Spokane, and the past players. Because this really is a family, and I wanted to do it more for them than I wanted to do it for myself. I'm so happy for everyone who believes in Gonzaga basketball." 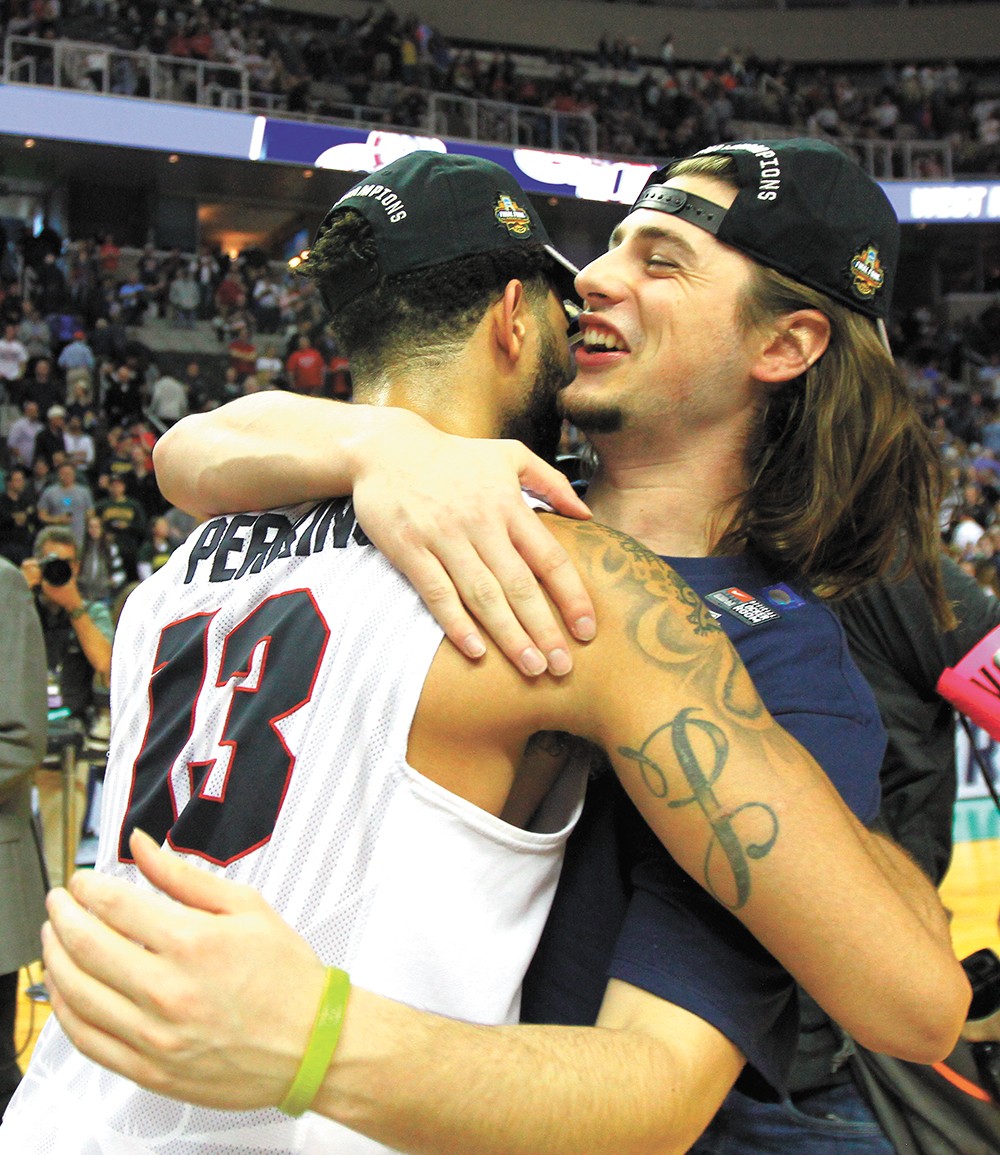 Center Przemek "Shem" Karnowski, a Polish phenomenon and one of the many leaders on this team, looked at Williams-Goss with a sly grin. Shem is 7-foot-1. He weighs at least 300 pounds. He's gritty. His teammates love him.

"We're in the third week of the Madness," he said. "We still have some work to do."

For the Zags, in a few short days the march continues to the door of the Final Four in Phoenix.

ABOUT THE AUTHOR: Shann Ray teaches leadership and forgiveness studies at Gonzaga University. He played college basketball at Montana State University and Pepperdine University, and professional basketball in Germany’s Bundesliga. In 1986, he played in March Madness for a 16th-seeded Montana State team that had the lead in the second half but lost by nine to the No. 1 seed, St. John’s. His heart is still broken. 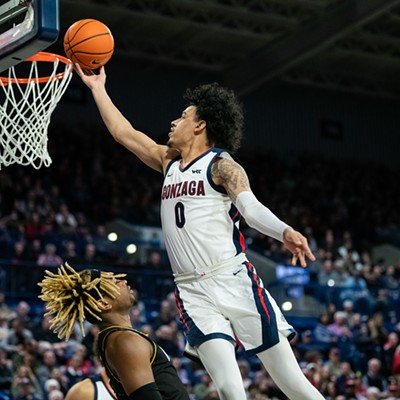