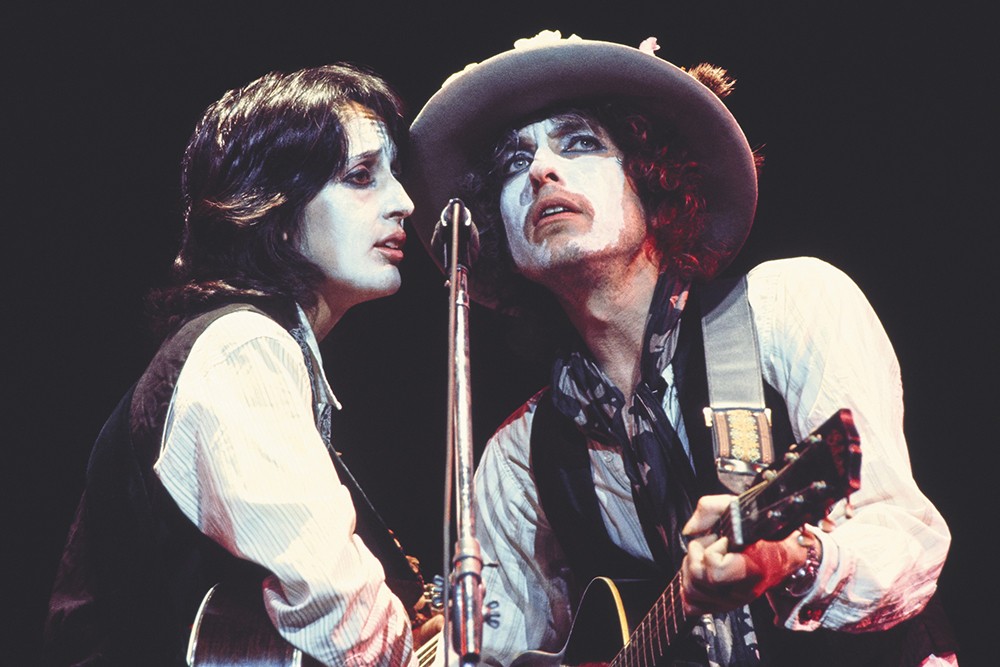 In examining the murder of a police officer in 1970s Dallas, the movie featured talking-head interviews so probing they would eventually help exonerate a wrongfully imprisoned man. But Morris also relied on cerebral re-enactments of the central crime, shot with a gauzy, dreamlike quality. Individual images from those recreated scenes were repeated over and over throughout the film, and became integral to our understanding of the case.

Documentary purists at the time balked at the re-enactments, but Morris was ahead of the curve, and dramatic recreations have since (somewhat ironically) woven themselves into the DNA of nonfiction films and TV shows. The old-timers who groused about Morris' innovations would have lost it completely.

Consider two recent nonfiction films, both currently available on digital platforms, which purposefully blur the lines between what's real and what's a put-on. But while one levels with you, the other plays you.

The first (and most deliberately duplicitous) of these movies is director Martin Scorsese's new Netflix production Rolling Thunder Revue: A Bob Dylan Story, a shaggy, rambling, mischievous account of the singer-songwriter's now-fabled 1975-76 tour. As a pure music film, it's one of the best I've ever seen. As a documentary, it's... something.

Scorsese has intercut a treasure trove of vintage concert footage with 21st-century interviews, not only with the irascible Dylan (who claims to only have fuzzy memories of the original tour) and some of his actual collaborators, but with a number of fictional figures — a Swedish filmmaker, a glad-handing politician, a dodgy tour manager. Even the actress Sharon Stone pops up to tell a made-up story involving KISS.

These scripted sit-downs are presented with the same straight face as the "real" ones, so much so that the japery might slip past even casual Dylan fans. Perhaps Scorsese is commenting on the ridiculousness of rock-star mythos, or playing around with perception, identity and biography just as Dylan himself has done. I'm still getting to the bottom of it.

Don Argott and Sheena M. Joyce's Framing John DeLorean, meanwhile, establishes its conceit right from the get-go. The documentary is predicated on the notion that John DeLorean's ascent to automobile manufacturing genius and downfall via criminal conspiracy is one of the quintessential American stories, making it perfect fodder for a narrative biopic. But since no such film has yet been made, Argott and Joyce fill the void: They intersperse an impressive array of interviews with scripted segments starring Alec Baldwin as DeLorean, who then speculates about the auto magnate's psychology before shooting each scene.

This strategy has more satirical potential than Scorsese's — and it's certainly more forthright in its intentions — but is it any less gimmicky? The narrative scenes in Framing John DeLorean (which could have benefitted from Scorsese's visual eye) provide no additional insight. But hearing DeLorean's children, whose own feelings about their late father are conflicted and contradictory — that's more revealing than any biopic could be.

So here we have two films attempting to break documentary conventions with fictional devices, and both prove that merely sticking to documentary conventions is sometimes the best plan of attack. They're both predicated on interesting ideas that instead play out like cutesy stunts — a "gotcha" in the case of Rolling Thunder, a close-but-no-cigar in the case of DeLorean.

When we encounter a piece of art which purports to be a true account of something that really happened, we're entering into a pact with the artist: Be straight with us, at least to a degree. Documentary filmmakers have been shaping amorphous footage to fit their narrative and dogmatic conveniences since the birth of the medium, and there's no such thing as a piece of filmmaking removed of implicit bias. But isn't it kind of nice to know when you're looking at fiction?

Now that everything is so easily Googleable, perhaps filmmakers feel less inclined to cite their sources. After all, you can type "Rolling Thunder film" into your phone and have instant access to YouTube essays delineating what's real and what's not. Even the most blatant fictions can expose a certain kind of truth, but just how much fakery can one purported documentary withstand?

The answer is blowin' in the wind. ♦

— Rolling Thunder Revue is now streaming on Netflix. Framing John DeLorean is available for rent on iTunes and Amazon.