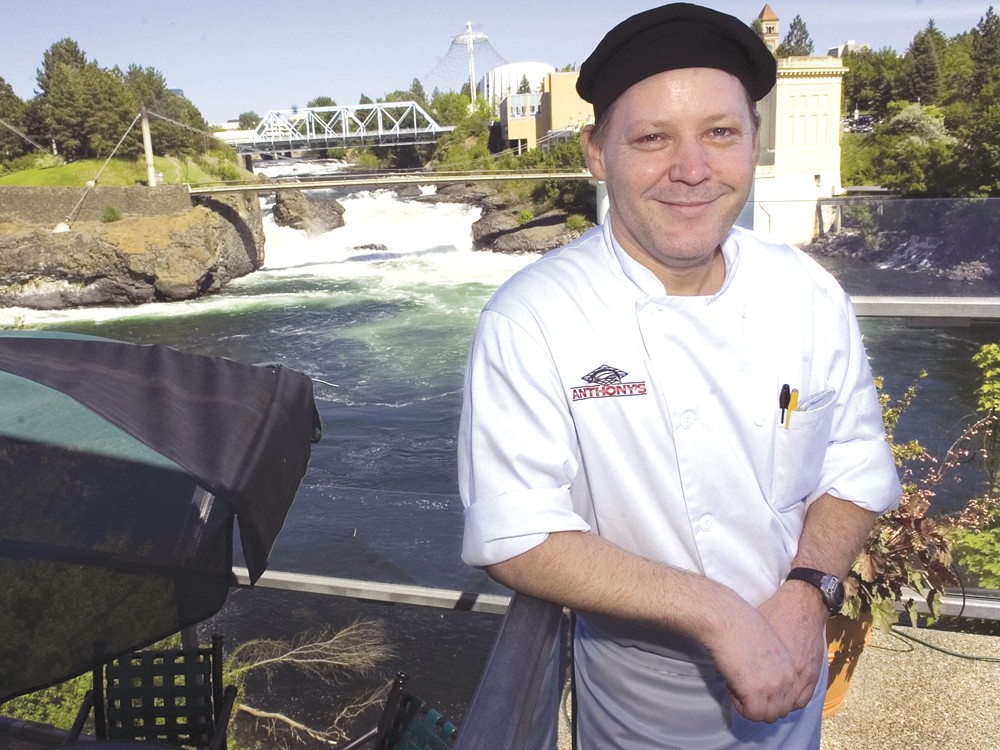 Anthony’s Chef Mike Hackett has helmed the restaurant since 2007.
Anthony’s at the Spokane Falls, part of the Anthony’s seafood restaurants chain, recently announced that the seasonal Copper River Alaskan salmon — a much-loved regional favorite and just one of their early-summer specials — had arrived on the menu.

Overlooking the falls, Anthony’s reels in diners to experience their fresh seafood in a scenic environment. Manager Andrew Miller describes this summer’s “Best of Season” specials as pairing local produce with gourmet fish, such as the Copper River salmon and Knapp Farms’ fresh strawberries.

The restaurant also maintains its reputation for consistency by keeping familiar faces around the kitchen. Chef Mike Hackett worked as sous chef at Anthony’s in Des Moines, Wash., before coming to the helm of Anthony’s Spokane kitchen in 2007. Now in his 16th year with the company, Hackett and his crew cook up tempting menu items, including the $5 “Fun Foods” (barbecued oysters on the half shell, wild silver salmon swimmers, traditional Puget Sound mussels) offered during happy hour (3 to 6:30 pm daily), that go well with the $3 draft beers and $5-7 wines.