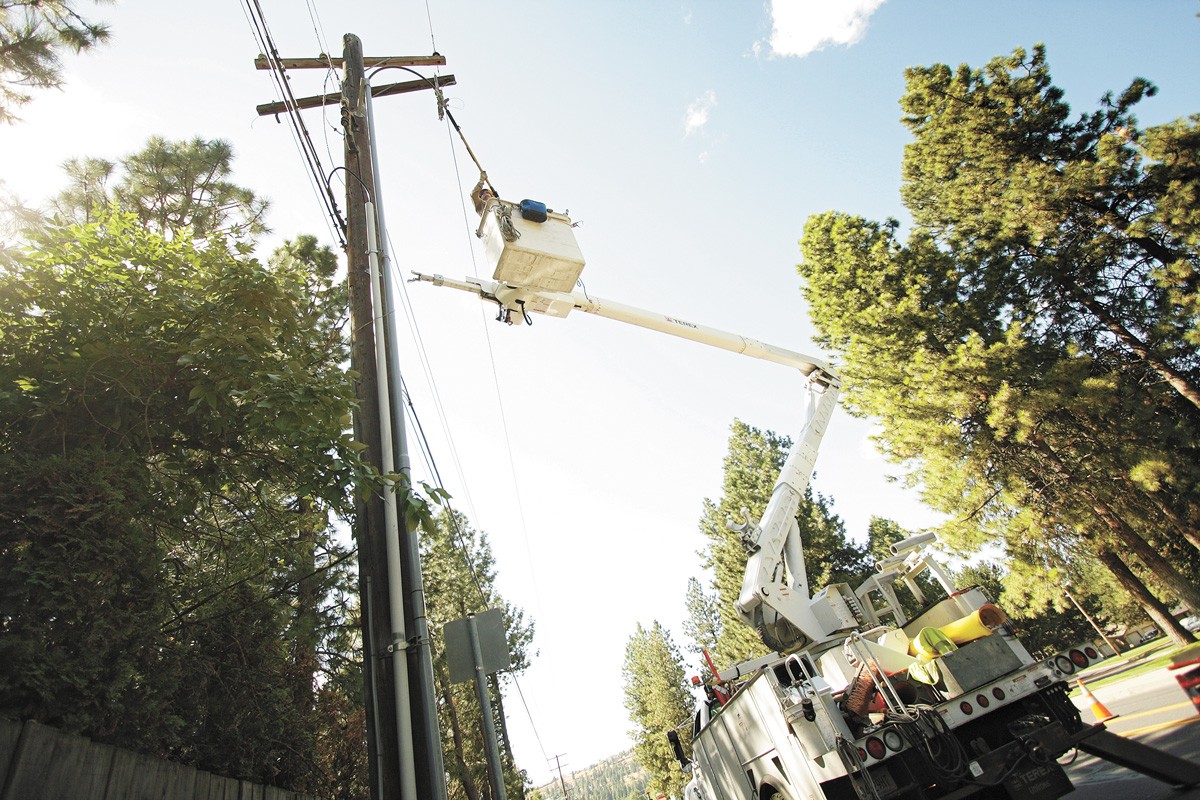 Young Kwak photo
Avista says that while the number of customers behind on their bills hasn't dramatically changed from last year, the amount owed by those customers is significantly more.

With cold weather fast approaching, Washington utility customers won't have to worry about their electricity or gas getting shut off this winter if they cannot make payments.

This year saw hundreds of thousands of Washingtonians lose their jobs or see reduced hours as the economy was halted to slow the spread of a deadly virus. Even as things have started to reopen in limited ways, many industries remain severely curtailed.

That's left people like hotel workers, some in construction, seasonal workers and more without the certainty they'll be able to make next month's rent, keep the internet on for their child's schooling, or even pay the electric bill.

Before making the call to extend a moratorium on electric and gas shut-offs, the Washington state Utilities and Transportation Commission (UTC) held a public hearing Tuesday, Oct. 6, to hear from the public, consumer advocates and utilities.

One mother of three in Raymond near the coast shared that she had been unable to pay her internet bill due to hardships from the pandemic. Her daughter was in the middle of a project for college when the internet was shut off, and she had to start from scratch.

Another mother of four shared that while she has been able to work from home, her husband lost his job, they've received multiple water shut-off notices and they're unqualified for state or federal assistance as she makes just barely more than the poverty cutoff.

"A lot of the people who are struggling with their bills are in these very highly impacted industries and unable to find work," says Ruth Sawyer, an organizer with Sierra Club, which joined other organizations in advocating for an extension to the moratorium on shut-offs. "We know it's that people don't have the money, it's not that they're just deciding they don't want to pay today."

The three-person commission agreed that those who need help the most are struggling right now. In order to avoid hardship for those already in financially dire straits, they extended a moratorium on electric and gas shut-offs for those who can't pay their bills until April 30, 2021.

The UTC was set to meet again Oct. 15 to finalize the terms of the electricity and gas plans, but questions remain, including how the COVID-19 assistance will be paid for. Will that be pushed onto ratepayers in a future request to recover costs, or should that come from shareholders and executive compensation?

The commission did not address water or telecommunications shut-offs, which were only prevented through Oct. 15 by a proclamation from Gov. Jay Inslee, and advocates intended to continue pushing for protections for those utilities as well.

Plus, while the utility companies were supportive of waiving fees and halting shut-offs during the unique case of the pandemic and economic crisis, some advocates see room for permanent structural changes to the system.

"Organizations working with low-income Washingtonians of all races, they've been seeing all these issues with utility shut-offs for a long time in their communities," Sawyer says. "The real hope is this would create permanent reforms on a lot of these things."

HOW MANY ARE IMPACTED?
Early on in the pandemic, Avista and other utilities voluntarily halted shut-offs and waived late fees for customers facing financial hardships.

"Our goal all along has been to keep as many customers connected as possible," says Kevin Christie, Avista's senior vice president of external affairs and the chief customer officer. "Pre-COVID, during COVID, and after COVID, we help customers facing hardship."

But while the number of Avista customers in Washington behind on their bills hasn't dramatically changed from last year, the amount owed by those customers is significantly more.

While most customers last year were 30 to 60 days past due, a larger percentage of customers this year appear to have fallen 120 days behind. There's nearly $5 million owed to Avista by 9,239 customers who are 120 days overdue.

Avista continues to partner with community organizations like SNAP (Spokane Neighborhood Action Partners) to provide utility assistance to those in need and ensure that those who qualify for programs can get help.

"We are seeing more and more people in need, but in addition, we are seeing people in need with a lot bigger balances, you know, balances that aren't manageable," SNAP Director of Community Action Carol Weltz told the UTC on Oct. 6. "We are in favor of the moratorium, but it also has to come with some funding, because at the end of that time, people aren't going to be able to bail themselves out."

Avista tries to help customers as early as possible to create reasonable payment plans, and Christie encourages anyone who might be struggling with their Avista bill to contact the utility right away to find out their options.

"We want to help our customers as much as possible so they don't have one large balance when all is said and done here. We want to keep that as manageable as possible," Christie says. "We've found some customers aren't used to dealing with this kind of hardship. I think we've done a good job reaching out and asking them to reach out as soon as possible so we can tell them about their options."

FOOTING THE BILL, WAIVING THE FEES
While the question of who might pay for additional COVID-19 assistance remains to be figured out, utilities and advocates did try to hash that out before the UTC's Oct. 6 meeting.

Sierra Club and other consumer advocacy groups promoted the idea of cutting into executive compensation and shareholder profits rather than asking the UTC to approve a rate hike on all customers in order to recuperate costs from this year, Sawyer says.

But that was a nonstarter for the utilities, Sawyer explains, and no agreement on that element was met.

"It broke down because the utilities were hoping for essentially a guarantee that they could make up the revenue they're spending on these assistance programs out of the pockets of ratepayers," Sawyer says, "and we similarly dug in our heels and insisted that these costs should be shared, that there should be some shared sacrifice here."

However, the advocates felt there was a glimmer of hope from the negotiations and the response by the commission as far as looking at things like disconnection policies, such as the practice of charging a reconnection fee and requiring a deposit from someone who already couldn't pay their electric bill.

"I think every utility is different, but there's a lot of fees that are really inequitable," Sawyer says. "We're definitely happy with the extension of the moratorium and they also put a moratorium on those fees. ... I think it's fair to say we'd like to see a lot of these changes become permanent."

When the electric and gas companies are expected to come to the UTC later this year to ask for cost recovery, Sawyer says it's likely the advocates will return to make their case that raising ratepayer bills is not the answer.

"We definitely plan to make a stink, so to speak, about executive compensation and making sure that there's some shared sacrifice," Sawyer says, "and that the costs of the pandemic are not borne by people who are struggling." ♦