Now that we can, let's get back to breaking bread together and having real conversations about real issues.

As we emerge from the pandemic, America has a lot of work to do, and it can only get done together. Even when that seems impossible right now, just know we have seen periods like this before. The late 1960s and early '70s come to mind: racial divide, war, and political and economic strife threatened to tear our union apart. Let's focus on some critical issues together and strive for a more lasting resolution.

Turn off the media, and go visit your neighbors. It seems today you can find a media outlet that will reinforce any echo chamber you are looking for, factual or not. Then social media amplifies it, and faceless folks who do not even know each other fight about it. Now that we can, let's get back to breaking bread together and having real conversations about real issues... and realize that we can like each other and still have different opinions.

We desperately need political leadership that is results oriented and not re-election oriented. Compromise is not the enemy. As historian Shelby Foote wrote about the Civil War: "It was because we failed to do the thing we really have a genius for, which is compromise. Americans like to think of themselves as uncompromising. Our true genius is for compromise. Our whole government's founded on it. And, it failed."

Our national debt is out of control and neither party seems to care. As I write this, if each active taxpayer in the United States were allocated an equal portion of the overall debt, we would each owe $226,113. More alarming is that our national debt to gross domestic product output is at 129 percent. This is higher than even our funding of World War II. As a reference in 1982 it was 32 percent. This might be the hardest lift. It will take political leadership to cut funding and increase taxes/revenues until we can get back to a more sustainable financial level, yet keep the economy growing.

Immigration policy needs reform. As our birthrate continues to fall, we need to keep growing our population. We don't want to find ourselves in the stagnation issue that has faced Japan with falling birthrates and an asset bubble. Sound familiar? Open borders is not a solution, but a more aggressive reform would benefit our country in the long run. And both parties need to stop using the DACA kids as a political football while doing nothing about it. Give them a pathway.

Climate change is a real thing, and I am exhausted by both (1) the folks who preach about it, then drive off in an SUV, and (2) the folks who deny it. The simple goal is this: We want to do what is best for our planet, and to connect that to our actual behaviors to reduce greenhouse gases. Moving to extremes like the proposal to ban all new natural gas lines into homes and businesses as an energy source, regardless of actual impact on lives, is the type of policy that inhibits ever getting to a real solution.

The Cold War is back. While we are bickering with each other, foreign countries are expediting their efforts to destabilize both our political and infrastructure systems. And they are getting pretty good at it. Just in the past month hackers have shut down an energy pipeline, meat processing facility and other large institutions. This is a real threat and needs to be addressed immediately.

These are just some of the big issues. We must move away from this blame game and looking back in history to find some injustice to be mad about. Hot tip, all human history has injustice in it. Let's stop looking for reasons to be mad or canceling someone we disagree with. Let's own up when we err, not blame someone as being worse. Let's learn from the past and keep moving forward and finding solutions for each other. Now go break some bread with your neighbors. ♦ 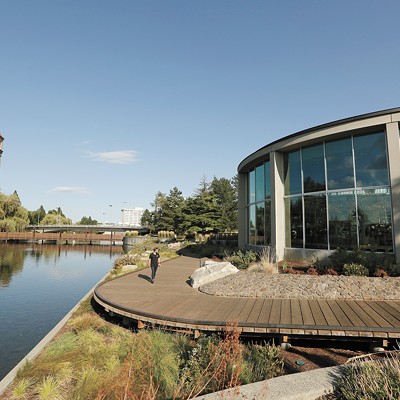