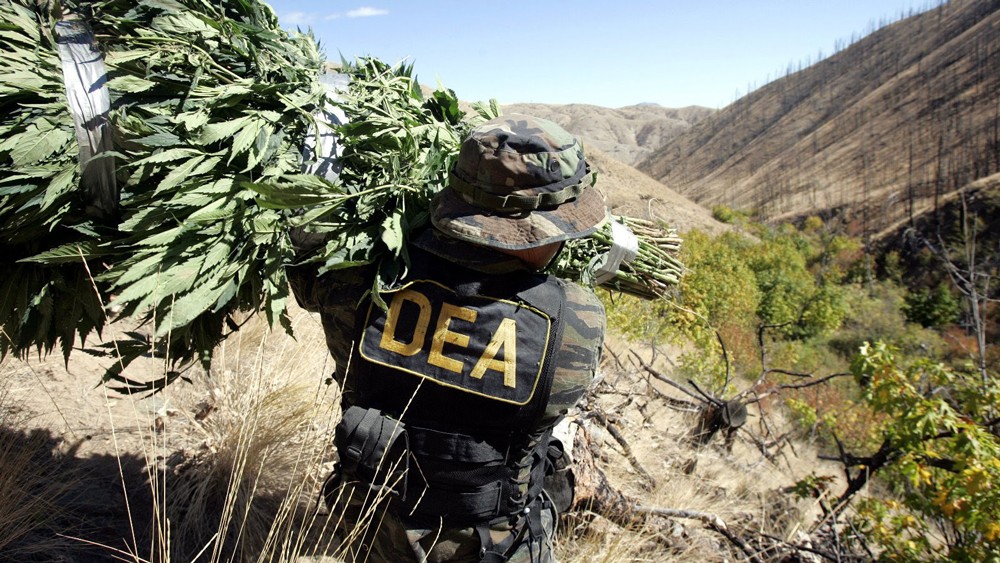 For nearly 50 years the federal government,

through the National Institute on Drug Abuse, authorized only a single grower of research-grade marijuana, a lab at the University of Mississippi's School of Pharmacy, for clinical studies. But earlier this month the Drug Enforcement Administration, in an about-face, ended the "NIDA monopoly."

"And nobody is asking why," says Paul Armentano, deputy director of the National Organization for the Reform of Marijuana Laws. "Why would the DEA have changed that position so radically? If you read the document, they tell you."

The document in question is the new policy posted to the Federal Register that, for the first time, paves "a legal pathway for commercial enterprises to produce marijuana for product development." Why now? The statement cites "growing public interest" in the plant and its active chemicals, called cannabinoids, for medicinal use. And yet cannabis remains illegal at the federal level, a Schedule I substance.

"This isn't about expanding the pool of marijuana for clinical research," Armentano contends. "It's about allowing pharmaceutical companies to engage in the domestic production of marijuana-derived drugs. ... This is exactly what Kevin Sabet wants."

Sabet is president of Smart Approaches to Marijuana and a former drug-policy advisor to President Obama. He applauds the DEA's new shift and its firm stance against legalization. "What's grown in Washington isn't what's grown in Kentucky," he says. "It's not like aspirin, or something like that, where there's a standard formulation and a standard dosage."

The standardization, and subsequently the control, of cannabis by the U.S. government through its many agencies, like the DEA, is what Sabet endorses, and is what the new policy, more or less, makes implicit.

"I would rather do medical use like we do all medicines: through the FDA. Safe and effective. Criteria for pharmacies and doctors," says Sabet. "We're not saying that there's no way you could ever dispense a marijuana-based drug. There is, actually. And we should do that. Through pharmacies, though."

Armentano balks at that notion. "They are making a narrow and arbitrary distinction between what is and isn't 'medicine,'" he says, "and they are refusing to acknowledge that raw plant material — regardless of its therapeutic efficacy — can ever be considered medicine, despite humans' thousand-plus-year history with herbal remedies." ♦

For the second straight year, the pandemic wasn't able to slow the cannabis news cycle