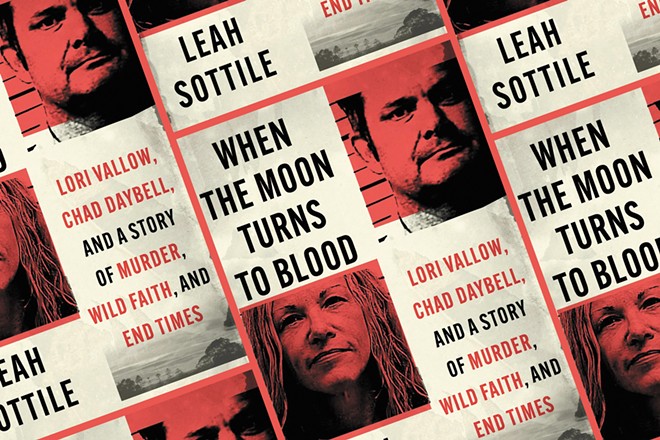 I remember when they found the bodies.

It was May 16, 2005. Police walked through the back door of the green house with white trim on the outskirts of Coeur d'Alene, and there were three corpses lying face down in a welter of blood. Their hands had been zip-tied behind their backs. Forty-year-old Brenda Groene had been bludgeoned with a hammer, and lay near her boyfriend, Mark McKenzie, and her thirteen-year-old son, Slade. The smell of murder made the officers sick to their stomachs.

Groene's two younger children — Shasta, eight, and Dylan, nine — were not among the dead. They were gone. If they weren't there, then where were they? And who could have possibly done this?

I was a rookie reporter at The Inlander then. It was not my job to cover the disappearance of the two children from the blood-soaked scene of a triple murder, nor did I have the skills to do so. From my fabric-covered cubicle, tucked into a corner room with no windows, I overheard other reporters doing interviews about the Groene story. I listened to how they asked questions. I learned. I had a feeling that one day, when I was ready, I'd need to know how to unwind a complicated case like it and make sense of some kind of similar horror.

The person not yet known to authorities as the children's captor was a skinny man in his early forties with shaggy brown curls, a thick mustache, and dark eyes like knives. His name was Joseph Duncan, a convicted sex offender who'd seen Shasta playing in the yard of a run-down home as he was driving by.

When the Moon Turns to Blood: Lori Vallow, Chad Daybell, and a Story of Murder, Wild Faith, and End Times is available on Wed, June 21. Sottile will be in Spokane to discuss the book at the Montvale Event Center on Wed, July 6, at 7 pm as part of the Spokesman-Review's Northwest Passages series. Tickets are $6, or $45 including autographed book, available at spokane7tickets.com.

After Duncan first laid eyes on the child, playing in her swimsuit around the frontage road house, he began to hunt: for days, he waited nearby, stalking, peering in the family's windows at night through night vision goggles. He became their predator, crouching in the brush, waiting for nighttime, for the right moment to leap. When that time came, he entered the home in the darkness. He duct-taped and zip-tied the family's hands behind their backs, slaughtering everyone who stood in the way of the children. Then he put the two kids into his stolen Jeep, and all three vanished into the wilderness.

For weeks, the faces of Shasta and Dylan looked out from every highway billboard, forever smiling awkwardly: the clumsiness of school picture day blown up, mega-sized, for all to see. Shasta's toothy grin and big ears. Dylan's thin smile and knowing eyes. Digital signs flashed at roadsides: MISSING CHILDREN. Everyone knew their names. Helicopters scoured the area, and search and rescue teams combed the ground. Amber Alerts were issued, rewards offered, and a segment ran on America's Most Wanted, but nothing led to the children.

Lilac season came. Coeur d'Alene buzzed to life as it does in warm weather: the bar patios along Sherman Avenue teemed with groups of people inhaling sugar-sweet "Derailers" out of white buckets through long, colored straws before stumbling, fully derailed, toward the lake. At night, party boats cruised its glassy waters. There were the annual celebrity sightings that come with every summer: John Travolta, John Elway, the guy from NYPD Blue. The guttural roll of motorcycles coursing down the main drag was ceaseless.

I remember that summer, the first I lived with my new boyfriend in an old brick building in downtown Spokane. We'd ride in his zippy white Volkswagen out to Coeur d'Alene, to roll our pant legs up and dip our toes in the cool water. It was the season of praying mantises clinging to fences with hooked arms, the season of wildfire smoke, and mountain huckleberries drooping and dark with juice.

It was around two a.m. on July 2— a balmy night— when a server at a Denny's restaurant in Coeur d'Alene realized that the little girl in shorts and flip- flops, sitting in her section with a man in a red American-flag T-shirt, was the one everyone in town was looking for. The girl was Shasta Groene. She looked scared, unsure, like she'd never been out in the world before.

The server was quick on her feet and thought of a way to keep them sitting in the booth: a free milkshake. She asked what flavor the girl would like. Even a serial killer couldn't resist sweets and a good deal. Shasta asked for vanilla.

In back, as the shake machine whirred, the manager of the restaurant phoned the police, telling them to come quick: the girl from the billboards was sitting in a booth in the restaurant. When cruisers arrived in the parking lot, Joseph Duncan whisked Shasta to the bathroom, stopping the server on his way and telling her he was ready for his check.

After the police took Duncan into custody, the little girl sat alone in the booth for a moment. She was small, gangly, with bony shoulders and long brown hair. The server saw her sitting there by herself, swallowed by her surroundings, so she approached the table and asked her what her name was. "Shasta," she said, and started to cry. The young woman swept the girl up in her arms and rocked her.

In the subsequent days a story of hell tumbled from the eight-year-old's lips. She remembered everything. She knew the brand name of the hammer that had been used to kill her family. She led investigators deep into western Montana's Lolo National Forest, a dense, labyrinthine wilderness where Duncan had held her and her brother captive, torturing them, raping them, bringing them within inches of their deaths, only to relent and keep them like human marionettes in his horrific puppet show. After he killed Dylan, Duncan made his sister feed the severed pieces of her brother into a fire.

Years later, Duncan would receive multiple life sentences and two death sentences, having confessed to an FBI agent during and eight-hour interview to murdering Brenda, Mark, Slade, and Dylan, as well as killing three other children in Washington and California. "God was the one driving," he explained to a psychiatrist once. That psychiatrist told a federal court that Duncan "displayed a formal thought disorder" and thinking "characterized by delusional hyperreligiosity..."

Fifteen years went by. The Groene house was torn down. I began to specialize in telling stories about people living on the fringes of society — by choice, or because they felt they had been pushed there. I moved far away from the life I lived when the murders happened. My boyfriend from that summer became my husband. Around 2016, my work on the fringes of American culture and extremist movements became more relevant. Still, most people continued to think of conspiracy theorists as oddities; I saw my work as cautionary.

On Christmas Eve 2019, the faces of two missing children stared out at me from my computer screen. School pictures. A little boy with gap teeth and brown hair combed to his left side, and his older sister, a teenage girl with golden curls and blue eyes. Their names were Joshua "JJ" Vallow and Tylee Ryan. People feared their parents' "cultlike" beliefs might be key to understanding where the children were. Everyone wanted to know where the children were, but no one seemed to have any clue where to look.

I was thinking of Shasta and Dylan. Another boy and girl from Idaho. Again. Different, but gone just the same.

I soon learned that the story of these two missing children was not one of a monster, like Duncan, who stalked people like prey. The case of JJ and Tylee involved a different kind of beast: one who had been hiding in plain sight.

The case played out in a different world than the Duncan case had: the search for the children and their parents got under way just as the COVID-19 pandemic threw the world into crisis. The world went into lockdown. Everyone was thinking about survival.

It was the year the children went missing, and it was the year it felt like the world might end, like the white horse, the first in the Book of Revelation, whose rider carries a plague, was among us. I'll never forget that those two things happened at the same time.

But it turned out there was a connection: that the missing kids and the world feeling like it could end at any moment were much more closely related than anyone could have imagined. ♦

Excerpted from When the Moon Turns to Blood: Lori Vallow, Chad Daybell, and a Story of Murder, Wild Faith, and End Times. ©2022 Leah Sottile and reprinted by permission from Twelve Books/Hachette Book Group.