Whether or not the class of 2020 is ready for the next act, the show must go on 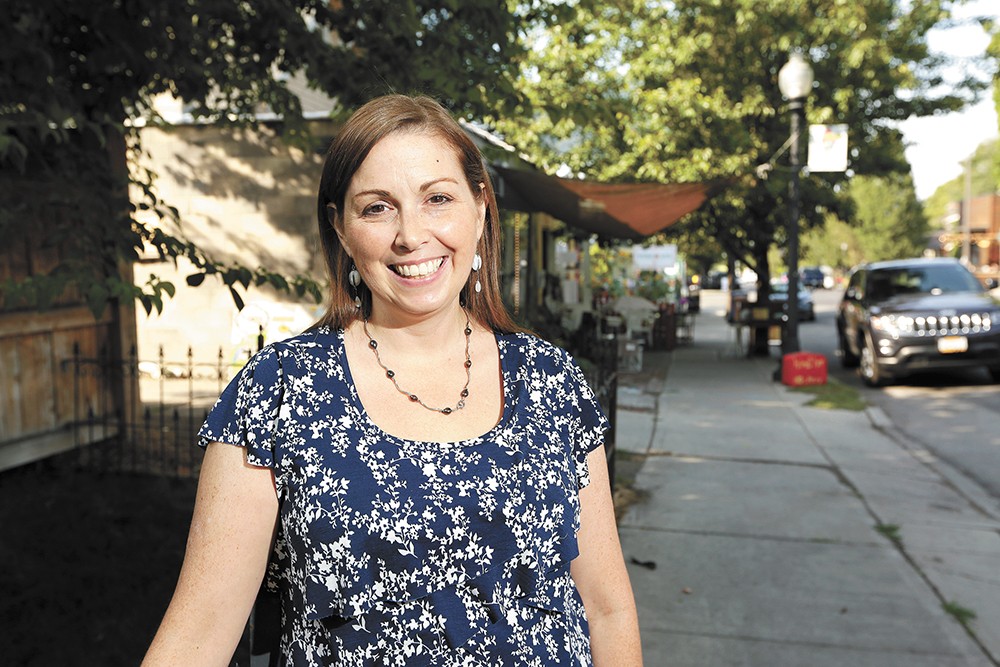 My son Matthew is graduating from Lewis and Clark High School this year. When he was born, we thought it was cool he would be in the class of 2020. When he was born, he slept all the time, for almost the whole first month of his life. I remember wondering, what lurks in there? When he finally woke up, he didn't want to go back to sleep. One night, when he was about 6 months old, I just gave up on trying and set him down in a pile of laundry I was about to fold, and he put a pair of underwear on his head and laughed uproariously.

He loved to put things on his head. Like a Tupperware bowl that he'd wear running around the house when he was a little older, singing, "I'm a TV show, I'm a TV show." My husband and I and our other son, Ben, would sit quietly on the couch and watch the program.

When Matthew was 7, I said, "It is time" like Rafiki from The Lion King and took him to audition for Spokane Children's Theatre's A Christmas Story. We watched the other children do "cold reads" for Ralphie and Randy. Matthew leaned over to me and said, "I don't think I want to do this, Mom." And then when he saw my face, "I'll do it next time." But when they called his name, I pushed him forward. He looked back at me in shock but read what they gave him to read and landed the part of School Child #3.

I think I should mention that this was uncharacteristic of me. Having been raised by a mother who wanted me to read the book Feel the Fear and Do it Anyway, and having told my mother that I was going to write a book called Feel the Fear and Don't Do It, ordinarily I would have just told Matthew that that was fine and we would come back when he was ready. But sometimes it's good to do something out of character.

Since then, Matthew has played many different characters, culminating in one of his dream parts: Shrek. Shrek closed on March 7, 10 days before everything else closed. We went to all three shows. My parents, who have always felt the fear and done it anyway, came from Portland to see him. Ben flew home from college for the weekend. My sister-in-law Linda, whose husband died suddenly when Matthew was in eighth grade, came from Missouri. When Matthew sang "Who I'd Be," everyone in our family cried, except for me. I held my breath like I was waiting for him to land the jump. He landed it every time.

And then the world changed.

All the things we thought were going to happen next didn't happen: our spring break trip to New York, the spring musical, prom, graduation, deciding on a college and knowing that decision would mean you really would be going there in the fall. And in the New York we did not visit, we all know what happened. And all around the house where we stayed inside, we felt the fear and did nothing, which this time was exactly right.

Time passed. We read the news on our individual phones. Matthew and Ben played NBA2K and read books and watched TikToks and played basketball on the hoop in front of our house. Our feelings were everywhere like dots on a George Seurat painting, but we did not say them. People kept dying, which felt both remote and close. LC brought us a sign that says "Class of 2020" to put in our yard. Matthew's extraordinary drama teachers, Suzanne Maguire and Greg Pschirrer, brought him a T-shirt for the spring show they weren't performing. LC is arranging a diploma walk and a virtual graduation. Matthew committed to Marquette, and we took the requisite picture of him in his Marquette sweatshirt and posted it to social media. We have done what we can. We have felt the grief of our own small loss in the context of the larger one, which we have also tried to take in.

Through all of this, I have worried that without the regular rites of passage, or acts of "closure," Matthew would miss out on something that he needed to take the next step. So the other night, I asked him if he was ready to go to college. He said, "No, not now, but I will be when it's time." The confidence in his voice took my breath away. Sometimes you know what's inside someone before they do, but sometimes they know it first. That's called graduation. ♦

The original print version of this article was headlined "Curtain Call"