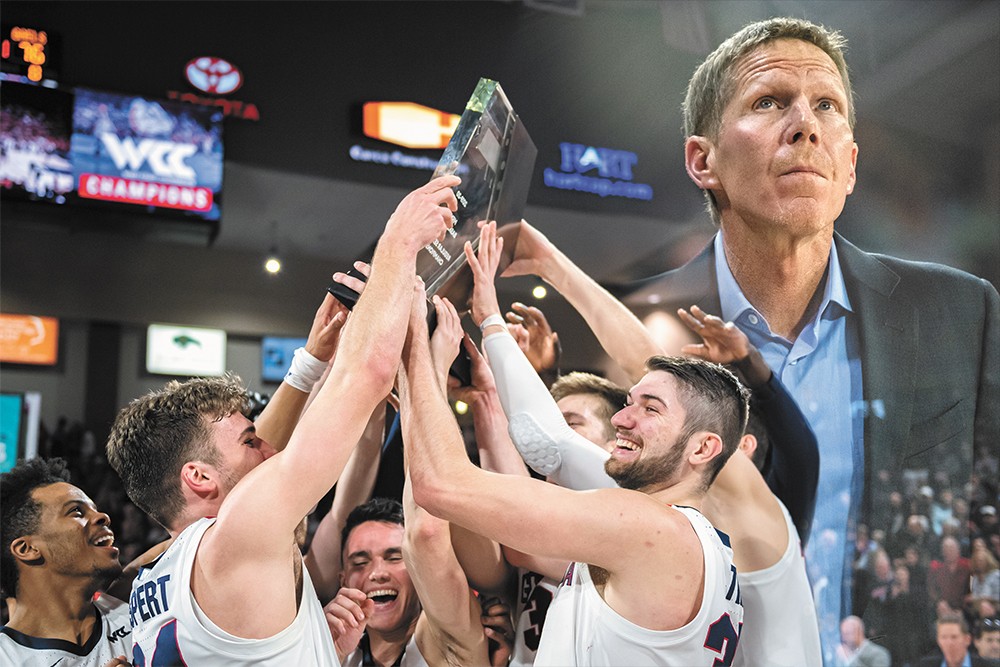 In December, two months into another disastrous season, the New York Knicks were already looking for a new head coach.

Familiar names popped up as candidates, like former coach Jeff Van Gundy and former Knicks player Mark Jackson. But the franchise evidently had their eye on another coach, too. It was a coach who built one of the most successful college programs in the country. A coach with experience with Team USA. A coach with a track record of turning international players into stars.

A coach living on the opposite side of the country in Spokane, Washington.

That's right. The Knicks reached out to Mark Few in December to see if he'd have any interest in the coaching job, Gonzaga athletic director Mike Roth tells the Inlander.

"Mark doesn't want to live in New York City," Roth says. "He loves what he does. He loves Spokane. He loves Gonzaga."

You could see the appeal from the Knicks' perspective. The Knicks are a shitshow right now, with their owner James Dolan currently feuding with the team's most iconic fan, Spike Lee. In Few, presumably, they see a coach who could bring much-needed stability. After all, Few runs a program that's never had a major scandal in his tenure and that's been the model of consistency over the last two decades.

But the Knicks ran into the same problem as any college team that's tried to pluck Few away from Spokane over the years. Few, according to those who know him, has everything he wants here.

Why would he ever leave?

"I don't think he ever will," says Bobby Brett, owner of the Spokane Chiefs and Spokane Indians. "I think he's got the best job in the country."

I was hoping to ask Few himself what's kept him in Spokane all these years when he could probably have any job he wanted. Unfortunately, he was unavailable for comment on this article.

Besides Few himself, there may be nobody who has a more informed perspective on why Few wouldn't leave Gonzaga than Dan Monson.

Monson lived with Few for years when both were assistant coaches at Gonzaga. Monson then, of course, was head coach at Gonzaga in that 1999 Elite Eight run. When Minnesota gave him an offer he felt he couldn't refuse, however, he took it, leaving Few to take over. Monson had some success at Minnesota given the circumstances (the team was recovering from an academic fraud scandal), but then Monson resigned in 2006 during a rocky start to the season. Since 2007, he's been coaching Long Beach State. 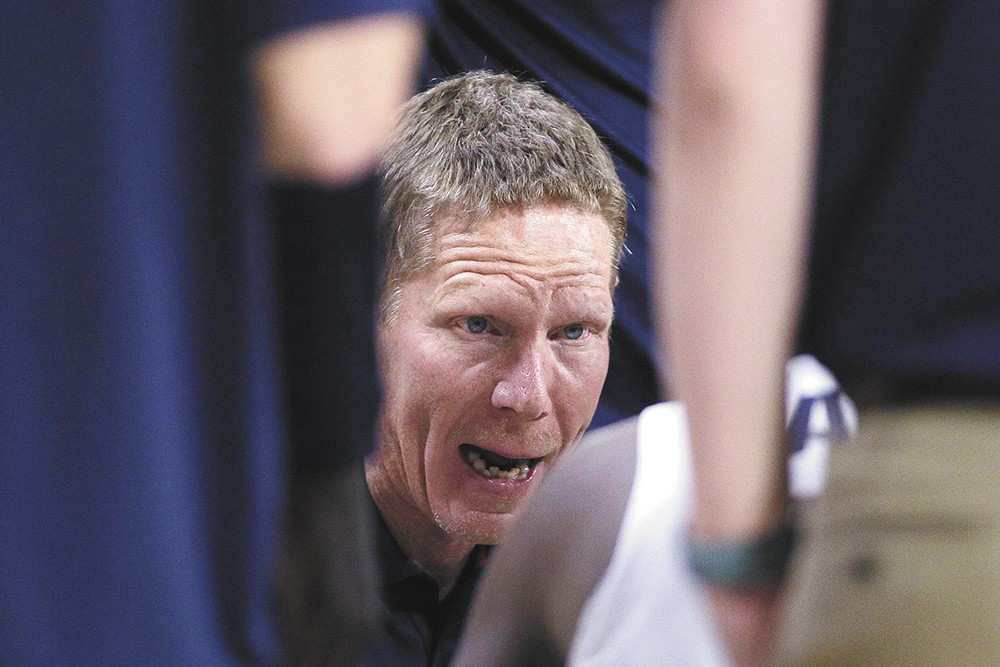 Monson thinks his own career arc might make Few hesitant about leaving.

"To watch me leave, when things were going so good, and then going to Minnesota and seeing first hand that the grass isn't greener everywhere else ... that maybe made him pause," Monson tells the Inlander.

In the early days as roommates, Monson says he and Few didn't have big dreams of leading major college programs to the Final Four.

"We were just contemplating if we were going to stay in the profession," Monson says.

If you would have asked Few then what his dream job would have been, however, Monson thinks Few would have said Oregon, his alma mater. But Few has certainly had his chances to coach there, and he's declined. Other West Coast programs — UCLA, Arizona — have been rumored to covet Few as well. But given the success of the program and what we know about him, it's not hard to understand why, for Few, nothing else can compete with being the head coach of the Gonzaga Bulldogs.

Really, you don't have to actually know Mark Few to know those things about him. Every March, it feels like countless stories are done about Few's affinity for Spokane and his love of fly fishing. That can't be all that's keeping him here — there are fish to be caught in other places, too. Brett, a former star athlete in high school in Southern California, notes there are other realities of coaching somewhere like UCLA, including a longer commute time to work and a state income tax.

In Roth's view, it was more likely that Few would have left five or 10 years ago. Now, those other programs are getting the message. They're starting to reach out to Few less, Roth says, because they know he's not leaving.

He may not have much to gain from joining them. Joining a historic program like UCLA, for example, would likely carry more pressure than he faces in Spokane: Could he shoulder the legacy of legendary coaches like John Wooden? Here in Spokane, he's already made the program great, and there are no signs of it slowing down.

MARK FEW BY THE NUMBERS

If he was chasing a bigger salary, Roth says, he already would have done that before settling in with his family in Spokane. Plus, he can enjoy all the same benefits he would get at those programs. Gonzaga is a brand that can recruit internationally and consistently compete for a national championship. The Zags have made five straight Sweet Sixteen runs, which no other team can say right now, and Few has the highest winning percentage of any active coach.

"We're doing stuff that others haven't done or don't do," Roth says. "Why would he go anywhere else when he can do all those things here?"

That, combined with the lifestyle in Spokane, is why Monson doubts Few would leave even if a program like Kentucky or Duke called him one day. He wants to have an off-season, to be more than a 24/7 Division I coach, Monson says. In Spokane, he can do that — he can take his kids skiing, or spend days out at the lake. Monson doubts he could replicate that elsewhere.

"I've talked to him too many times about jobs and that kind of stuff. There's no way he'd take one of those, in my mind."

If Few is a guy who wants a life outside of basketball and doesn't need the pressure of a big city, then the Knicks job would make little sense for him.

But does that mean he wouldn't be interested in any NBA job? Brett, who admits he's just speculating, thinks the right situation could be pique Few's interest. And while Monson doesn't think Few has much of a desire to move up to the NBA, he admits Few could be "intrigued by it."

"He's done USA Basketball, and I would never say never for him because I think he would be good at it," Monson says.

Other college coaches who've made that transition might tell him to be cautious, however. Just look at former Michigan coach John Beilein, who took the head coaching job for the Cleveland Cavaliers this season. He failed to win the players over as it became clear early on that they'd have a losing season, then he called them "thugs," tried to explain that he meant "slugs," and now he's already stepped down as head coach.

Roth says it's a "long shot" that Few ever goes to the NBA. If he wants to maintain a personal life, that would be more difficult to do with a longer NBA season. Few won't go out and pursue that.

"We think alike, and we have the same goals: To find a way to get ourselves back to the Final Four and win a national championship," Roth says. ♦

Gonzaga and Kentucky commit to a six-year men's basketball series