Why quick fixes and short-term thinking inevitably lead to failure

Sadly, most of us are unable to maintain our pledges to eat healthier, exercise more or increase our savings. In fact, the internet tells me that only 8 percent of us manage to keep our resolutions and most fail within the first few weeks.
click to enlarge 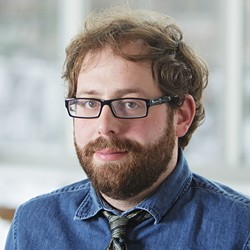 Our high rate of failure is a bit odd. I mean, why are we so abysmal at doing the things that we've personally chosen to prioritize? We've determined these are actions that would give us a better life and yet, year after year, we can't manage to pull them off.

We all, of course, innately know why. The payoff for maintaining these actions exists in the future, while the reward of chocolate cake or a lazy day of watching Netflix or a shopping spree is immediate. Happiness now often wins over happiness in the future.

Sadly, the future has a way, over time, of becoming the present. Our decisions catch up with us and for brief crystallizing moments, as the New Year is rung in, we declare that we will do better for the next version of ourselves. And so we continue an ever repeating cycle of broken pledges; a hamster on a wheel — or rather a hamster sitting next to unused wheel, promising to get on it tomorrow.

If only these failures to realize a better future for ourselves were constrained to our waistlines and our wallets. But the same mistakes also get played out collectively through our public policy.

Most of the problems we face require long-term solutions — consistent, persistent action over years or decades. Whether we're combating drug addiction, providing affordable housing to all, or increasing college graduation rates, we must act boldly now to achieve big results later.

For example, studies suggest that some of the biggest increases in college attendance can be driven by providing kids with effective pre-K instruction — albeit with a 16-year lag time. But instead of facing the reality that changing reality takes time, we look for shortcuts.

Whether through tax cuts or large stimulus spending, we try to convince ourselves that short-term policies with immediate impacts will, through trickle down or ripple effects, take us to the long-term prosperity we seek. They never do, instead just offering the equivalent of the sugar rush from that resolution-breaking piece of chocolate cake.

However, this simple truth that long-term progress requires a series of actions over the long-term is frequently misappropriated by the existing establishment. They suggest bold action is foolhardy and that the current method of numbingly slow progress is the only way.

But just as exercise can be exhilarating and create a positive loop well before the goal weight is ever reached, the positive results of an effective, long-term policy can be felt decades before its ultimate end is reached.

We must, of course, care about people beyond childhood. But early interventions, when kept to steadily like New Year's resolutions, can change our future. Unfortunately, we have to find a way to consistently keep at more than a measly 8 percent of them. ♦