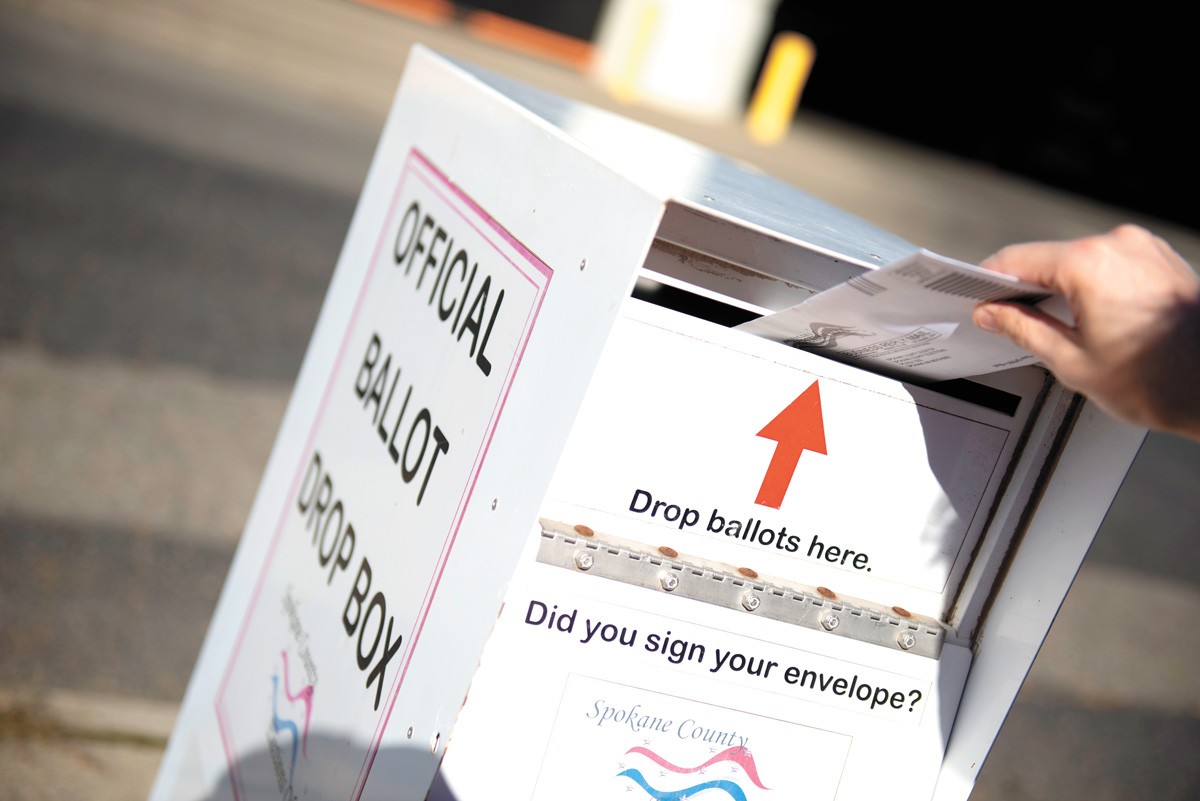 Derek Harrison photo
Polls show that nationally, more Democrats plan to vote by mail this year than Republicans, who plan to vote in person.

With wall-to-wall TV and online coverage of the presidential election, many Americans will plan to stay up late on Nov. 3 to find out who'll be the next leader of the richest nation on Earth. But with more votes coming in by mail due to COVID-19, it's possible that the desire for instant gratification will instead demand patience into the following days or even weeks until a winner is officially declared.

The act of voting by mail, also known as absentee voting in some states, is nothing new, explains Travis Ridout, director of Washington State University's School of Politics, Philosophy and Public Affairs. But for some states, having large numbers of voters using that method is new this year.

"There are several states, especially in the West, who have been perfecting this for the last decade or even longer," Ridout says. "I think the concern comes in when states that were used to collecting 90 percent of the votes at polling places are now in a situation where over one-half the people are voting by mail, so they're making a quick transition."

With that shift, it could take more time to process and count those ballots in places that aren't accustomed to having mail-in turnout at those levels, he says.

"When you're doing something at that scale for the first time there will inevitably be a few hiccups," Ridout says. "Yet in the end, assuming we give election officials the time to do their job, I'm confident we'll get the results."

Allowing sufficient time for vote tallies is something that election experts and nonpartisan polling groups alike have been hammering on for weeks now: Election night may not bring a crystal clear picture of who won the presidential vote, but that will become clear in the following days and weeks as all ballots are processed and vote tallies are finalized.

Technically, waiting until early December to find out who the next president will be is nothing new, explains Michael Ritter, an assistant professor in the WSU School of Politics, Philosophy and Public Affairs.

"Actually when a person casts a vote for president, they're voting for the electors," Ritter says. "By Dec. 8, all state recounts must be completed, and Dec. 14 is when we have the meeting of electors who will formally cast their ballot or Electoral College votes for the president. This is entirely normal."

But with increasing partisanship and political tension in the country, some worry that people won't recognize that should the presidential race be close, it could take weeks to learn the real winner.

'BLUE SHIFT' OR 'RED MIRAGE'
In the last several presidential elections, a blue shift has happened during election week, where votes have appeared to lean more Republican on election night, but then shift Democratic as more votes are tallied in the days after.

Partly, that's because some states continue counting mail-in ballots after Election Day. For example, Washington allows ballots to be postmarked by that day and received up to five days later by election officials. Meanwhile, other states like Idaho and Oregon require those ballots to be in hand on election night. Either way, processing those envelopes can take more time than other methods of in-person voting likely to be reported out that night.

That can create a so-called "red mirage," where Republican candidates in certain races may appear to be leading initially, before ultimately losing to their Democratic opponents.

"You may see a report on election night that's based on voting tallies from the polling place, which suggests a big Republican win, but then those mail-in ballots come in and all of a sudden, Democrats are doing much better," Ridout says. "We often see this in Washington. King County, because it's so large, is slower to release numbers and Democrats end up catching up when it looks like the Republican may have done well."

Polls show that nationally, more Democrats plan to vote by mail this year than Republicans, who plan to vote in person in larger numbers. It's unclear yet if that "blue shift" might hold true or, with efforts emphasizing the early return of ballots and early voting, if more Democratic votes will already be included in the election night tallies.

If a state is reporting a large percentage of its count and it appears to lean strongly one way or another, it's unlikely those later counts would shift who is set to become the next president.

Historically, the "blue shift" has been very small percentage-wise, even as mail-in voting increased from about 10 percent of voters in 2000 to 21 percent of voters using that method in 2016, according to a recent study by the Massachusetts Institute of Technology. Those researchers found that most times since 1948, the shift in state totals has gone no more than 0.5 percentage points one way or the other, though at times it has shifted 2 percent.

Importantly, the authors of the study, "Explaining the Blue Shift in Election Canvassing," note that, "Indeed, in 2016 no states saw the final canvassed vote count overturn the election-night results." But they also write that had certain swing states flipped a tenth of a percentage point that night, Hillary Clinton could have won the electoral vote and presidency. 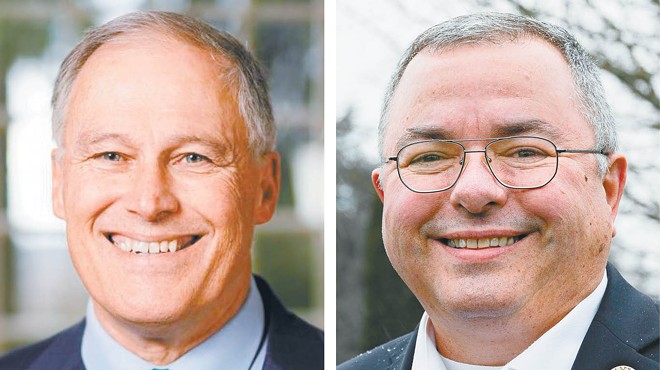 Still, the blue shift is biggest in states that already tend to vote blue, the authors go on to say, and if there's a swing of more than one-half a percentage point to one party or the other, the potential for late tallies to shift the vote significantly is "moot."

Regardless, some pundits and Democrats especially are warning about the potential effect ahead of election night. With an eye on President Donald Trump's propensity to post rapidly on Twitter while disregarding facts, their concern is that he could claim a victory before a real tally is complete to show whether he won or lost.

Trump has repeatedly questioned the potential for fraud via vote-by-mail even as he plans to vote that way himself and his campaign has encouraged his followers to do so. Election officials insist that fraud is exceedingly rare in all types of voting, there are safeguards in place to catch it when it does happen, and that mail-in voting can actually expand access to elections for many.

ACCESSIBILITY AND WHAT HAPPENS IF IT'S UNCLEAR
Ritter, who teaches political science at WSU, released a book with a colleague earlier this year called Accessible Elections: How the States Can Help Americans Vote.

His research found that voting by mail and early voting increased turnout for underrepresented groups such as the poor and racial minorities. However, other elements of election administration may contribute to those votes not being counted, from issues getting ballots to an official dropbox to ensuring those that did get turned in are included in final tallies.

One potential issue with mail-in ballots is ensuring they are filled out correctly for counting machines to read, and ensuring that signatures on the outside privacy envelope match the signatures on file. Voters may track the status of their ballot in Washington and Idaho and check to see if their vote has been counted or if there is an issue they need to resolve at myvote.wa.gov and idahovotes.gov.

While there's some risk of those issues with your mail-in ballot, there's an even greater risk that the weather could be bad, child care could fall through, or work responsibilities could get in the way of someone going to vote in person on Election Day, Ridout says. That's why generally, members of both major parties encourage early voting and turning in votes early.

"It's usually something that's not an organized effort, it's grandpa died and grandma knew who he wanted to vote for so she filled in his ballot for him, that sort of thing," Ridout says. "There's just little evidence of that, and the fact we have any evidence at all of that is because we are very good at verifying those mail-in ballots."

Should there be questions about vote totals in the presidential election, lawsuits may be filed. The most infamous recent example was over "hanging chads" on punched paper ballots in Florida in the 2000 election.

Should the race just be really close, and neither Trump nor former Vice President Joe Biden get at least 270 electoral college votes, the matter would go before the House of Representatives, which would vote by state, with an entire delegation needing to agree on their vote.

In 1825, Congress elected John Quincy Adams over Andrew Jackson when neither candidate won a majority of electoral votes, even though Jackson had won the plurality of the popular vote. In a slightly different scenario in 1877, Congress wound up appointing a commission to deal with questions around electoral votes in three Southern states. The commission awarded the presidency to Rutherford B. Hayes over Samuel J. Tilden, who had actually won the popular vote and electoral count.

"Eventually Rutherford B. Hayes was awarded the presidency even though he didn't win the popular vote. This is in the era of Reconstruction, it was very intense, I might even argue it's a more intense election than the 2020 election," Ritter says. "If the country could endure that in the years after the Civil War, I have faith in our system today."♦

Many more Idaho voters than usual will be voting by absentee ballot this election. Due to COVID-19 restrictions, voters who wanted to participate in the May presidential primary had to sign up for absentee voting, as in-person voting was not allowed. The Idaho absentee status applies for a year, so those voters should have received their ballots in the mail for the General Election. Absentee ballots may be returned by mail, in person at your county election office official dropbox, or on Election Day at your polling location. In-person early voting is open in most counties at election offices now through Oct. 30, and in-person voting will open again on Election Day, Nov. 3. Same-day voter registration is available. (SW)

Samantha Wohlfeil covers the environment, rural communities and cultural issues for the Inlander. Since joining the paper in 2017, she's reported how the weeks after getting out of prison can be deadly, how some terminally ill Eastern Washington patients have struggled to access lethal medication, and other sensitive...
More
More Local News »
All News »