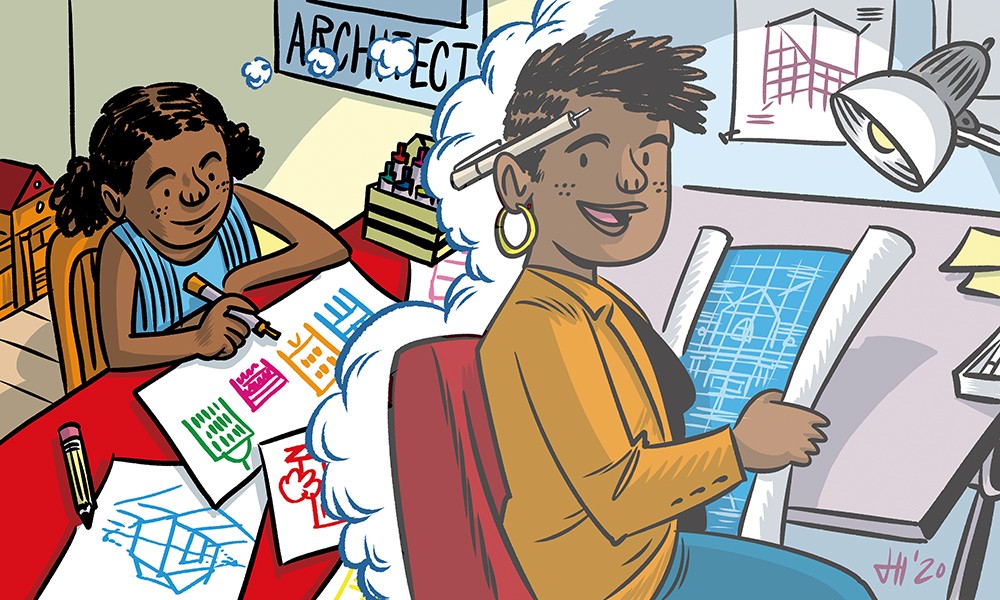 For parents of budding artists and creative types, it can often seem like the arts get short shrift in the K-12 curricula, especially at a time when STEM — short for science, technology, engineering and math — is the buzzword in education and the most visible casualties of school budget cuts are librarians and music teachers.

The near-term effect of those trends isn't helped by longstanding skepticism toward the value of an arts degree or the viability of a career in the arts. Whether we admit it or not, social biases persist: John's dream of becoming a surgeon or Jane's goal of being a rocket scientist still tend to be regarded as more level-headed and more attainable than if they'd expressed a desire to be professional poets or sculptors.

"For so long, people just said you'll never be able to work in the arts. And so they really tried to steer their children clear of the arts," says Melissa Cole, an established local artist whose mosaics, sculptures and paintings can be found in galleries and public spaces throughout the Northwest.

In recent years, she's tried to address some of the deficits on the curricular side by working with the Seattle-based nonprofit Arts Impact to conduct arts-oriented literacy and mathematics courses in schools.

Cole, whose own degree is in zoology, identifies two important art-related areas in which younger students currently tend to be underserved. The first involves hands-on creative skills.

"I was kind of amazed when I did the Arts Impact program and we were working with schools in Spokane, Chewelah and Colville, and they don't work much with their hands anymore. So even students that were in fifth and sixth grade weren't able to wrap wire or to cut things. That's a worry."

The other area of concern has to do with the administrative and self-promotional side of an art career. Recent college graduates, for example, have sought her advice on how to turn their own creative drives into a sustainable form of employment.

"They now are talking to me about the fact that they never learned anything about marketing their artwork or pricing their artwork or figuring out how to make it a business," she says. At the same time, she does note that "last five to seven years" have seen an encouraging increase in the number of college-level classes on "how to market your work, how to speak to people, how to read contracts."

Miranda Hein spent 14 years teaching dance as a performing art at Spokane's Shadle High School before becoming an education field supervisor at Eastern Washington University. She also serves on the board of the statewide advocacy group ArtsEd Washington.

Based on her own experience, she sees early networking as one way to better prepare students "to navigate the next level of experiences" that will give them the financial and creative self-sufficiency to succeed as artists.

"Certainly, those connections in the art world and developing your own reputation and your own portfolio, that needs to happen before most people can go out there and make a full-time living off it," she says.

And while valuable connections are already being cultivated in some schools, additional networking could take the form of mentoring, workshops, Q&A sessions and outside collaborations at an "age-appropriate level of depth or detail."

Hein also thinks that students would benefit from exposure to the entire breadth of arts-related careers. That includes jobs like art historians, glassblowers, casting directors, voice-over artists and CGI animators.

"It isn't just about trying to train students to be a professional composer or dancer or painter. Not all of our students are going to grow up to be professional creators or performers in the traditional sense," she says. "Even people who design cars or landscape architects or people who plan cities... there are so many different ways that science and art can go together and truly enhance each other."

Whatever training schools might provide, however, Cole adds that parents shouldn't be shy about supplementing those resources to help put their young artists in better stead for the future.

"If they aren't getting the type of information they need in the schools, there are a lot of fairly inexpensive classes around town with the Spokane Art School, for example, and at Spokane Art Supply," she says. For aspiring actors, community theater might provide that extracurricular leg up. For hopeful videographers, it might be an organization like Community-Minded Television.

"If you have an introverted child," says Cole, "you have to talk to them about how much they have to work to make it profitable. People don't come to you and want you to do artwork just because you're talented. You actually have to really hustle and find your own areas to work in. But if you have those skills, it's definitely possible to make a living as an artist."

Combating childhood trauma one relationship at a time