Regional farms are focusing on this year's growing season; tending first to their soil is an important step after a long, wet winter 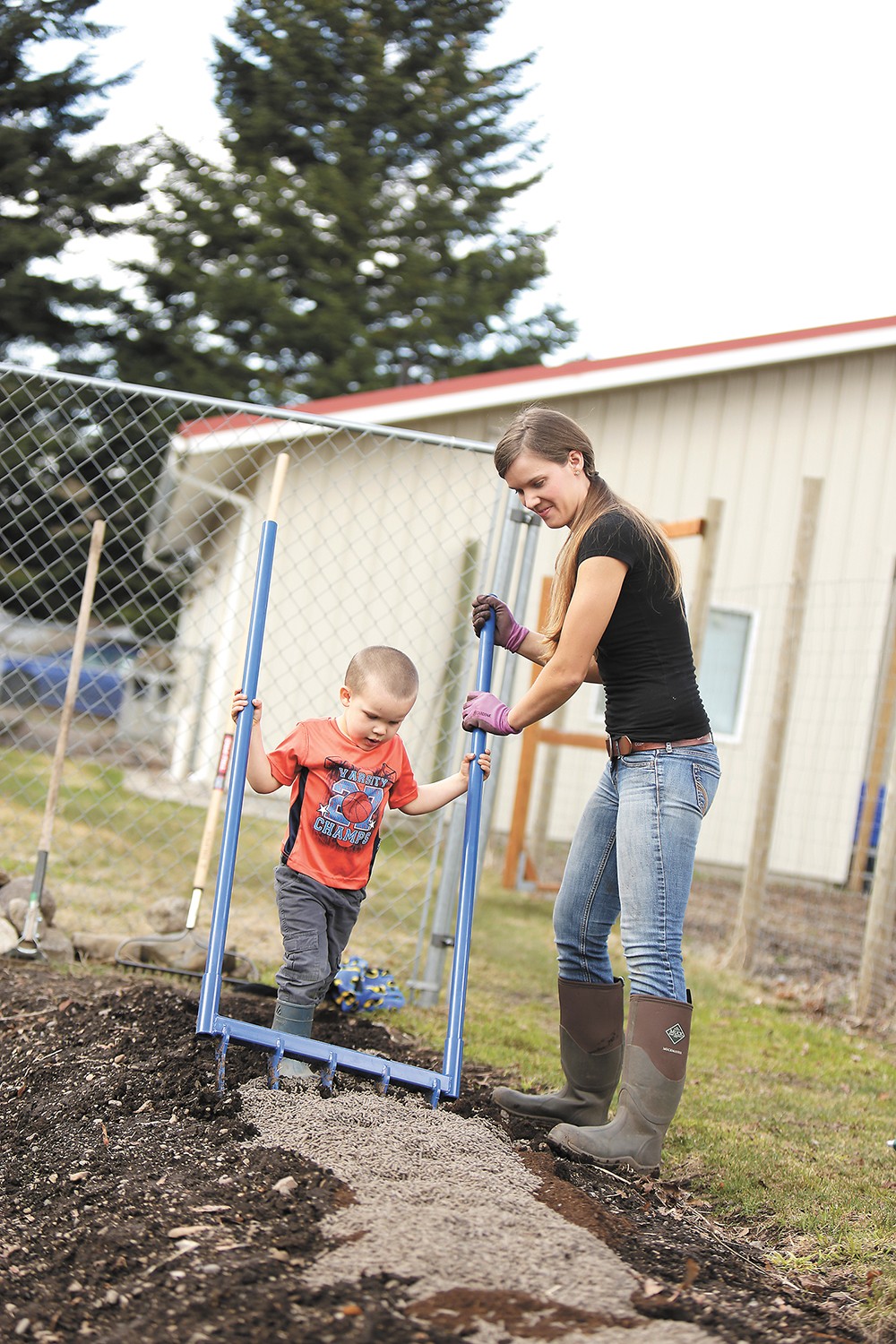 The herd is getting restless for spring,

and they're not alone. After the long, cold and especially wet Inland Northwest winter, Beth Robinette, who runs the 800-acre Lazy R Ranch with her father, Maurice, is just as eager to see green. It means food for her Black Angus-Lowline cattle.

She'll have to wait, though; winter's lingering effects have turned their lowland pastures into a pond.

Like most farmers in the region, Robinette takes weather issues in stride as one of the many variables of successful farming. And while they can't control, much less predict, long-range weather, many farmers focus on what they can control: soil health.

"Two years ago we saw a historic drought; this year, we have more water than I've seen in 20 years," says Robinette, who is also the co-founder of LINC Foods cooperative and the fourth generation to run this Cheney-area farm started in 1937 by her grandfather.

The spring to-do list at Lazy R includes, among numerous other tasks, continuing to compile records. The ranch owners track water, sun and soil information to help plan where, when and how their grass-fed cattle will graze throughout the year, says Robinette, who also promotes farmer education through her ranch's nonprofit branch, Roots of Resilience.

In farming, after all, everything cycles back to the dirt on the ground.

Doug Warnock, formerly with Washington State University Extension and a member of the Pacific Northwest Center for Holistic Management, explains the importance of soil health: "Soil will be at its best when it is covered with growing, healthy plant life and providing a viable home for micro-organisms and [that] is effective in storing moisture," he writes.

In turn, those plants protect the soil from eroding while also providing nutrients and moisture for the many organisms that live in it.

Across the Washington-Idaho border at Rugged Roots farm

in Bayview, Idaho, Alan Wright and Kelsey Racicot are checking their notes, too.

"The Inland Northwest is a four-season schizophrenic, and anything can happen, from 85 degrees in May to frost in August," says Wright. "When you spend seasons outside, the whole progression becomes a visual and auditory experience that you can compare year to year."

The couple gathers important weather data based on observations of plants and animals and advice from their neighbors, some of whom have farmed the region for more than 60 years.

"All plant blooming [and] growth and animal hibernation [and] migration are choices made by intelligent creatures based on climate and weather," says Racicot.

Armed with their respective degrees in environmental studies and forest management, the couple created Rugged Roots in 2013 as an ecological farm, which means they pay close attention to their soil ecosystem health. In turn, the precious resource produces 35 seasonal crops, including spring kale, summer squash and cabbage in the fall.

Like Lazy R Ranch, Rugged Roots uses a holistic approach. Traditional farming — picture a big green tractor pulling a toothy-looking dredge — tills or turns over the soil to dry it out, fold in nutrients like manure, kill weeds, and aerate the soil for easier planting.

Rugged Roots, in contrast, eschews tilling, as well as chemical fertilizers and sprays. Instead, Wright and Racicot "sheet mulch" their soil by applying a layer of decomposing plant matter over their raised beds to kill weeds, warm up the soil and add nutrients that sink in naturally.

Rather than leave soil bare at the end of harvest — as holistic farming expert Warnock explained, bare soil is bad — Rugged Roots plants "cover" crops like sorghum, which fights erosion and keeps soil aerated until the next crop goes in. Planting cover or seasonally rotating crops also interrupts the growth and feeding cycle of pests and soil-borne organisms associated with certain crops, allowing the soil to rejuvenate.

At Rugged Roots, plants are grown from heirloom, non-GMO seeds and companion-planted for maximum yield. This means that instead of using herbicide or pesticide sprays, the couple plants varieties that attract beneficial insects — and also ward off the bad bugs — including pollinators and wasps that prey on insects which would otherwise eat their crops.

Number one on their to-do list this time of year, says Wright, is getting seed-start and transplant crops going in their greenhouse.

"In a year like this with the snow hanging on, having big beautiful transplants is even more important than normal," he says, "but getting the timing right is the real key and challenge."

They're planting two to three weeks later than last year, says Racicot, who adds that weather's unpredictability is an opportunity to pay attention and reconnect with nature and its cycles.

"That's probably one of the most rewarding things about farming, and why we continue to do it," she adds.

At their home in Dalton Gardens, Idaho,

Erica and Randy Gregerson are in their second year of urban farming at Gregerson Family Farm. The couple, who met through 4-H, produce and sell several dozen vegetables and berries both on-site and directly to regional restaurants. As with Rugged Roots, soil quality is a paramount concern for the Gregersons.

"We are blessed with good soil, so drainage isn't a problem for us even in heavy snow/rainfall years," says Erica.

To prep their garden beds, the couple uses a broadfork — a row of sturdy tines along the base of two upright poles — to lift the soil without turning it over, so that the complex layering of soil organisms, including the small but mighty earthworm, is kept intact. The couple also applies compost to their raised beds and covers them with plastic, elevating soil temperature and suppressing weeds.

They've already started crops like tomatoes, peppers, and eggplant for transplanting, and will watch the weather to determine their planting schedule.

"We aren't doing anything extremely different from years past; farming requires trust and patience," says Erica. "If you are going to be successful as a farm, you have to be ready when the weather says 'go.'"

Meanwhile, as climate change continues to be debated in the upper echelons of the federal government, our nation's farmers are seeing the impacts of the scientifically proven trend firsthand, year after year.

While weather patterns are becoming more unpredictable, says the Lazy R's Robinette, "the only solution is adaptive management and setting our ecosystem up to be as resilient as possible, so that we can quickly bounce back from unexpected conditions."

So while Lazy R Ranch will shift the herd to higher ground earlier than expected this season, Robinette and her father know that sustainable practices will ensure that not only will the lowland pastures recover from winter's deluge, but all their pastures should remain healthy for years to come. ♦