Let's face it. Most of us are already aware there are healthier things we should be doing (and may have even been asked to do), but we seem to run into trouble when it comes to putting them into practice.

What exactly makes it so hard to get started? According to behavioral scientists, part of it is that we tend to start with a big goal, and then get overwhelmed when we subsequently fail to achieve it.

Instead, we need to think small.

Dr. Robert Maurer is a Spokane-based clinical psychologist with Providence Medical Group, a regular contributor to Health & Home, and an expert on Kaizen, the idea that small, ongoing positive changes can reap significant improvements.

"Kaizen is the notion of making small steps to accomplish large goals, rather than big steps, which are less sustainable over time," he says. "It's a method that's used a lot in business, but can be applied with great success to health and relationships."

Maurer says starting with small changes works better for achieving goals or establishing habits, because it enables us to circumvent our brain's built-in resistance to new behaviors, while simultaneously quieting fears that are triggered by too much change too quickly.

"Our brain prizes repetition and works to commit cells and energy to the things it uses regularly," he says. "Additionally, we know that the amygdala (the part of the brain that controls fear), can be triggered by changes that are too big or made too quickly. So when we're able to make healthy changes a daily habit, the brain adjusts and that fear response is quieted."

Maurer says another obstacle to incorporating healthy habits is our tendency to wait for a catalyst before committing to change.

"People often decide to change because of a crisis moment like a health diagnosis, the end of a relationship, or as part of a year-end resolution," he says. "The trouble is that at those moments they're often very self-critical, angry or disappointed in themselves for not figuring it all out sooner."

And unfortunately for the self-critical, Maurer says the process of incorporating small changes first can be particularly difficult.

"You see it a lot in people who're starting exercise. They'll get a gym membership, but on their first visit they see others around them with toned bodies, get discouraged and give up," he says. "The idea of taking smaller steps toward being healthy feels too slow, especially when that critical voice inside is telling them they should have been at a healthier level yesterday."

So what can we do to resist that self-critical inner voice and start getting healthier?

Maurer says the first step is identifying small steps that require minimal effort to achieve. The smaller the step, the fewer excuses you'll be able to make not to do them.

"If you're counting on this to become a daily habit, you need to start by choosing something you're able to do daily, that doesn't require willpower, discipline or self-control," he says. "I encourage people to find the smallest commitment possible and then stick to it."

"...once you start you eventually forget to stop."

Because we are creatures of habit, Maurer says making an easy task into a daily occurrence helps trick the mind into just making it automatic.

"Many people hate exercising at first, then come to tolerate it, and before they know it they miss it when they go without," he says. "This works with tasks too, once you start you eventually forget to stop."

While the CDC recommends about 35 minutes of moderate exercise each day, Maurer says that guideline can be a bit misleading, as it makes people who can't achieve that amount anxious that they're not doing enough.

"Too often we think exercising has to be complex, but you don't need to do much in order to receive a benefit," he says. "It's possible to find opportunities for movement throughout your day, whether it's taking the stairs more often, or parking further out in the lot before work."

Now, some people struggle with even small movements due to mobility issues, injuries, or excessive time spent in transit. For these groups, Maurer says using a visualization technique can sometimes be helpful.

"This idea is one athletes have used for a long time," he says. "Basically, you close your eyes and visualize yourself completing the motions, and your brain responds by sending some of the same messages to your muscles. As a result, you can even burn a small portion of the calories you would have had you'd actually moved."

Pretty soon you can start to tie healthy habits to your regular routines. For example, completing some simple exercises before enjoying your morning coffee, or getting up to move around every time you see a certain commercial on television.

Analyzing what's in your way when you try to complete your habit can also be helpful. Remove those obstacles to make things easier on yourself. For example, even with the best intentions, time spent searching for the right shoes, figuring out where your workout clothes are, or trying to wash and fill a water bottle can all end up draining your momentum to work out. So, get prepped the night before to be ready to grab and go in the morning. 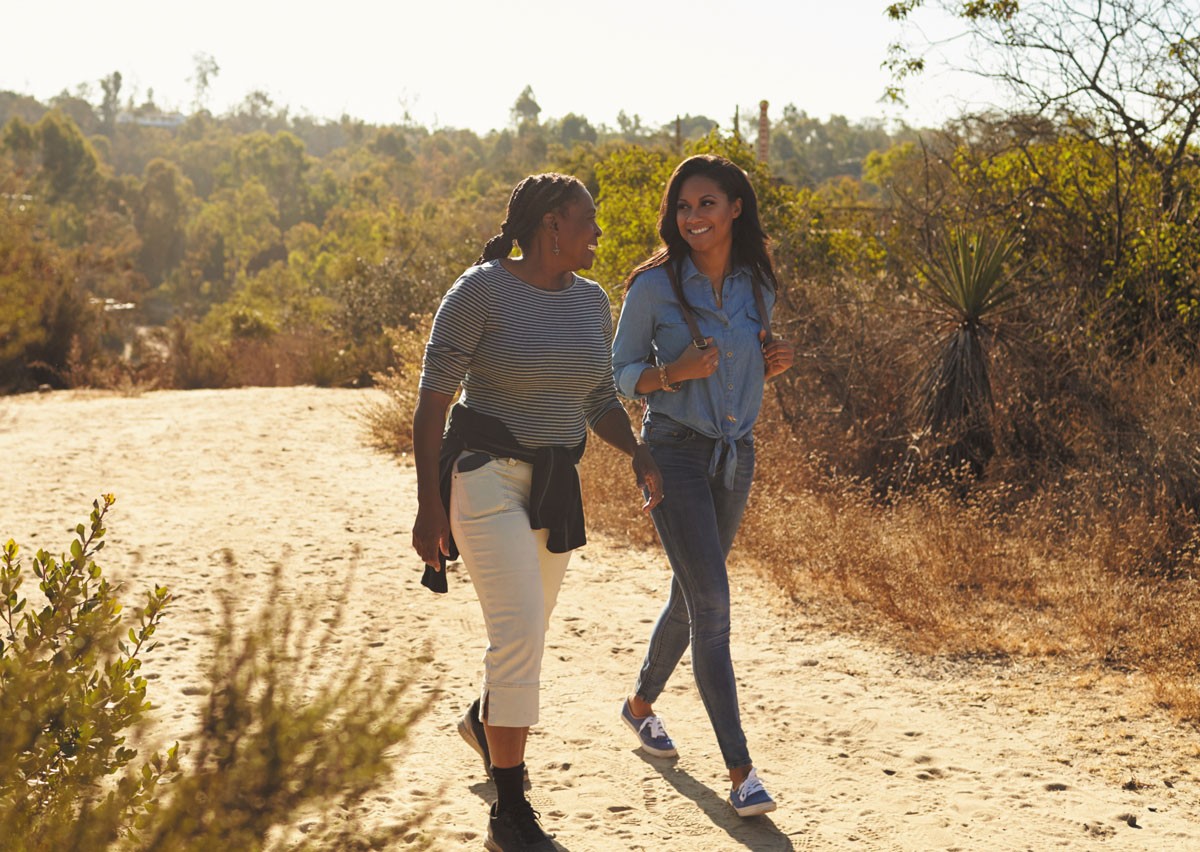 Having an "accountability partner" can help you stay motivated as you are developing an exercise habit.

You can also try rewarding yourself for good habits. In some ways, we're fairly simple creatures: research suggests that rewards are more effective when they're kept small and immediate. For example, rewarding yourself with watching the latest episode of a favorite TV show as you jog on the treadmill, or catching up with a friend while the two of you walk through a park.

If you're still struggling to implement long-lasting healthy habits, it might be helpful to consult with a lifestyle expert.

Dr. Angie Eakin is a specialist in lifestyle medicine and serves as clinical faculty for the family medicine residency program at Providence Sacred Heart Medical Center here in Spokane.

She describes lifestyle medicine as the research, prevention and treatment of disorders caused by lifestyle factors such as nutrition, physical inactivity, and chronic stress.

"It emphasizes the importance of having not just a healthy individual lifestyle, but also having community support systems, as both have big impacts on our overall health," she says.

Eakin says almost everyone has a health condition that's related to their lifestyle. Some of the more commonly known conditions include: being overweight, having high blood pressure or high cholesterol, as well as more chronic issues such as irritable bowel syndrome and asthma.

As a lifestyle specialist, Eakin says she helps patients examine their life and habits, determine new healthy goals, and plan how to achieve them.

"Lifestyle medicine emphasizes what we call SMART— Specific, Measurable, Attainable, Realistic, Time-bound — goals," she says. "Patients are encouraged to set their own goals, and we help them to recognize and avoid those that are unrealistic or that might leave them overwhelmed."

Like Maurer, Eakin says that focusing on short term behaviors that can be attained within a smaller time frame is the best start toward building lasting healthy habits.

"After a while, it's something you don't even have to think about, and after that point it becomes easier to move on to the next step," she says.

If motivation is a problem for you, Eakin suggests finding a friend or family member who'd be willing to serve as a positive influence.

"It's sometimes helpful to have an accountability partner," she says. "Someone who's able to support you in your goals, whether that's just listening to you vent, or working out alongside you."

Another tip Eakin recommends is to focus on the bigger picture. What are your smaller goals leading to?

"Many times we get too focused in on the immediate numbers we see on the scale or the blood pressure cuff," she says. "But if you look at the long-term goal of say, being able to chase your grandkids, or complete a vacation walking tour, it takes some of that immediate pressure off and allows those numbers to come down without added anxiety."

Lastly, Eakin says it's important to remember to be gentle with yourself.

"It's a journey, and those who are most successful making serious changes are those who've fallen many times along the way," she says. "Don't give up, because every time you fail you learn something about yourself and that experience will help you to push through next time."