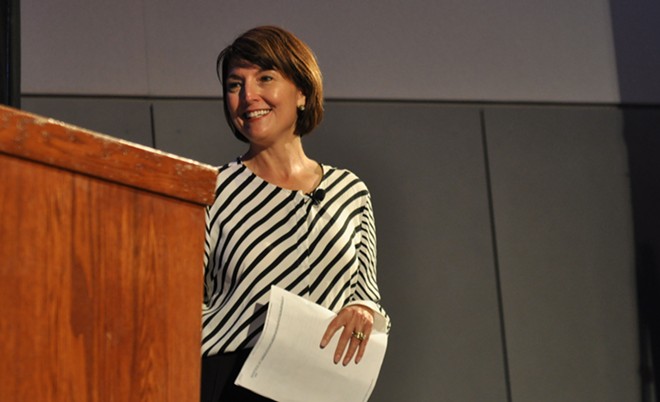 In the weeks before the primary election, by far the biggest election story around Rep. Cathy McMorris Rodgers was her use of ads — including one portraying a hoodied man stalking a little girl — accusing Lisa Brown of being soft on sex offenders. The ads were condemned by some health professionals (though many of them weren't McMorris Rodgers supporters to begin with) and by media outlets for being deceptive.

The Inlander asked her at last night's town hall meeting whether, after reading all the coverage and community reaction, if she had any regrets about those ads.

"Yes. If I had to do it again, I would use a different tone," she says. "It distracted from the issues. And my hope is to keep the election about the issues. The issue is a very important one. The issue was one about keeping our community safe. And local law enforcement had told me that this policy was  making our communities less safe."

But, on Friday morning, Knezovich says the ad didn't come from him.

"I’m not the one that gave her the information on that ad," Knezovich says. He did, however, say that McMorris Rodgers' team contacted him with talking points about the ad, and he confirmed to them that the votes the ad referenced did happen. He continues to have concerns about whether there are enough limitations on sex offenders after they are released.
click to enlarge 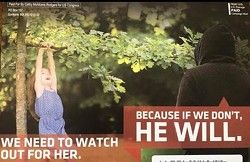 
But he also says he directed her team to look at the larger issue — the long, steady erosion of supervision of a wide variety of criminals throughout the 2000s.

We also asked McMorris Rodgers another question related to protecting people from sex offenders: Does she have any concerns about speaker of the house candidate Jim Jordan, who has been accused of knowing that student-athletes were victims of sex abuse, but doing nothing.

"They are serious allegations," McMorris Rodgers says. "There's an investigation underway at Ohio State University. I look forward to hearing those findings."

Would she support Jordan for the speaker of the house position?

"I have talked to Jim Jordan. I have talked with House Majority Leader [Kevin McCarthy]," McMorris Rodgers says. "I am staying open. I have not made a commitment who I will be supporting for leadership. I really believe that it's premature for us to be jockeying for leadership positions when we need to focus on our races."