STA says youths should not have been kicked off bus 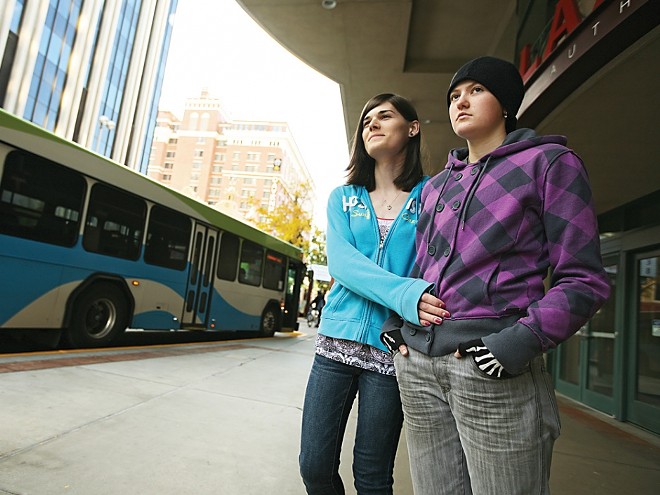 The Spokane Transit Authority, in a statement released Thursday, said that their bus driver erred Oct. 20 when she kicked off several youths, claiming their conversation was not appropriate.

"STA conducted a thorough investigation of the incident which focused on whether the youth violated STA rules of Conduct and whether the coach operator dealt with the situation appropriately."

The findings concluded that the youth had not violated STA rules of conduct and should have been allowed to finish their ride on the bus.

While we were writing this week's story, the Spokane Transit Authority were mum on a number of questions, pointing to the ongoing investigation. Even now, the statement says that STA will not comment on personnel matters, but that all operators have to abide by performance standards and the "union collective bargaining statement."

STA met on Wednesday with Ramona Kellogg, the mother of one of the passengers, and Carla Savalli, executive director of Odyssey Youth Center.

STA and Odyssey Youth Center, the statement says, will "work together to improve on-going training to increase the abilities of all Operators to handle similar situations appropriately."

"They did a good job investigating the incident, handled the youngadults involved well, with respect and dignity and I feel [they] will be fairand appropriate in how they deal with the driver whom they admitted wasout of line in telling the young people to stop talking, and even moreout of line removing them from her bus," Kellogg said in an email.