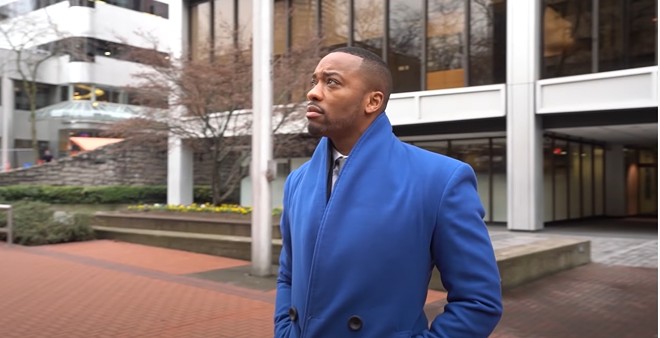 When Cupid Alexander this week resigned as the city's director of neighborhoods, housing, and human services division, he didn't go out quietly like the other high-level employees in his division, including Tim Sigler and Tija Danzig. He didn't leave with little explanation, like former city administrator Wes Crago.


Instead, on his way out, he lit a fuse attached to a big heap of explosive allegations. And the fireworks are just beginning.

In the last few days, Alexander forwarded a whole swath of incendiary emails — sent between him and recently hired City Administrator Johnnie Perkins — to the Spokane City Council.

To start with? One email accuses Perkins of being racist.

"I can say without a shadow of a doubt that this has been intentionally unethical, unequitable, worst practices and a direct mistreatment that I can attribute from YOUR treatment of me, Johnnie, to my race," he wrote about how he'd been treated during the exit process. "I’m trying to move on in peace, quite frankly for this EXACT treatment."


As one example, Alexander wrote to Perkins, "you said your ‘son’ said I looked athletic and asked if I played sports, which had nothing to do with our conversation; and was stereotyping me in every possible way imaginable."

He accused Perkins of having a "routine history of misconstruing and inaccurately" representing Alexander's words and actions. He said that Perkins had scolded him "in order to intimidate" him from simply explaining what he "knew to be true" about housing.

He says that he was barred from doing additional work before his resignation or even announcing his resignation in person to the rest of the staff. He says that the city's statement about his departure — claiming he had already had accepted another job — was false, and that it was designed "I can only imagine intentionally to do damage to the only black staffer and leader as a director."

But that was just one of the emails that Alexander sent to the council.

"Y’all, I didn’t get the chance to really inform you all of what was going on, as that was taken from me," Alexander wrote in another email, also reviewed by the Inlander.

He said he wanted to make sure there was a "written record" of the problems he faced, including how he felt "targeted" for including council and pursuing the mayor's priorities and how he was "sent on numerous 'fools errands' to do work they had no intention of moving forward."

"I was getting conflicting info, asked to NOT communicate with people and basically being
obstructed from doing my job," he writes.

Taken all together, the emails Alexander provided show the division director becoming increasingly outraged and combative over what he sees as mistreatment by the city and, in particular, the city administrator.


"I have emails from colleagues indicating... that our meetings with YOU are the worst they’ve been in (emails I currently have)," Alexander writes to Perkins.


"I am just now reviewing emails that document what appears to be deep dysfunction leading up to Alexander's departure after only a few months of valuable service to the City of Spokane," City Council President Breean Beggs says in a statement. "I hope that the Administration’s review of them will show how we can do better in the future."


A few other takeaways:

• Alexander says Perkins stonewalled his concerns and cut him out of the loop.


"Your inaction and delayed response to my concerns, which I have outlined time and time again via email, have shown to put me at a strategic disadvantage as I simply pursue being a civil servant," Alexander writes. "You actively don’t respond to my requested needs within a reasonable time — thus putting those in need at a disadvantage."

He writes that he's been "iced out" of certain discussions and that Perkins has heaped on "request after request," forcing him to do lots of extra immediate work, and then not actually using any of the work that Alexander had completed.

"Additionally I have asked you numerous times over various emails for answers to questions that clarify what the team can and can’t do — so we’re all in the loop- and so we can discontinue being reactionary and transactional," Alexander writes. "You have yet to respond to my emails in substance."


Alexander says that Perkins "asked everything to be funneled through" him, further complicating his workflow.

"It seems the narrative for my work and what I ask, and do changes week to week," Alexander says. "And that I am additionally being oddly singled out and told I’m not delivering."

• Alexander says Perkins was pressuring him to avoid the kind of thing that would be documented in public-record requests.

"Last time you came to my office and tried to intimidate me into NOT sending you emails because they are 'public record' and to just “talk” to you," Alexander writes. "And when I do? Zero response. You were worried [about] the public information. Leadership requires accountability. I have been accountable for EVERY thing I’ve done here." 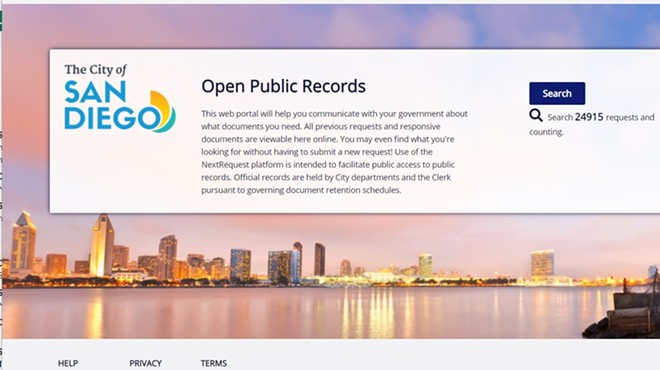 The city's involvement in the Ridpath renovation project, Alexander concludes, resulted in an "inability to recover nearly $1.5 million in HOME and Rental Rehab Funds due to an ill-advised development deal"

• Alexander suggests his work for the city was taking a toll on his health.

Alexander says he was taking medical time off because he'd spent so many months trying to “right the ship” at city hall, he'd neglected his own underlying conditions.

• Alexander warns that the city is risking another audit finding.


Alexander warns that extending a contract for the Guardians Foundation to run the Cannon Street shelter for 90 days — without going through a formalized Request for Proposal process — would be exactly the same sort of behavior that the city just got audited for.


While Perkins countered that the city attorney said there was no legal issue, Alexander wrote "legality isn’t the issue — process and precedence is."

Perkins insisted in a May 20 email that a new draft contract for Cannon be completed by May 25, Alexander warns Perkins that it "will not give the team enough time to accomplish everything they’ve been tasked with accomplishing."

That has echoes of criticism that Perkins faced back when he was working in San Diego: There he pressured contractors to complete rehabilitation work on asbestos-laden high rise by the San Diego mayor's preferred deadline, despite numerous red flags raised about the project and the timeline.

• Alexander claims the administration was holding back homeless data for back for political reasons.

Every year, the city does a formalized count to estimate the number of homeless residents in Spokane, known as the "point-in-time" count. But the City Council this month became frustrated that, even after the point-in-time count had been completed by the city's staff, it hadn't been shared with the council.

In his emails, Alexander suggests that withholding the information was intentional, and predicted the council would complain about it.

"Council will ask why we haven’t reported out the Point In Time Count, which we were asked to hold," he wrote on May 14, "Trying to make sure we are on the same page and avoid any uncomfortable unforeseen conversation points that put us at a strategic disadvantage."


In another email, Alexander reminds Perkins that the administration was trying to make sure the "point in time count" didn't "disrupt" the mayor's housing and homelessness plans, "as other entities were prepping to attack" it.

In a June 3 press conference in front of the Cannon Street shelter, Mayor Nadine Woodward claimed that the then-unreleased "point-in-time" count report concluded that instead of increasing the number of beds in shelters, "making investments in improved placement rates and performance leads to more people exiting homelessness."

Pressed on the conclusion, Woodward reiterated that the city staffers who prepared the report indicated that more shelter space wasn't needed, and that instead "if we utilized our existing capacity in the better way, that's the way to approach it, that's the way to get more people to exit homelessness."

But now that the report's been released to the City Council, we can see Woodward had mischaracterized it: Instead, the report says that additional "temporary shelter should be considered, but a re-thinking of the overall shelter portfolio... would also contribute to better outcomes."

In other words, both adding more shelter and reworking the existing shelter space should be considered, according to the actual report.

Neither Alexander nor Perkins agreed to an Inlander interview request, though the city spokesman Brian Coddington sent over a statement.


"The allegations Mr. Alexander made in the email are very serious. Racism has no place in the organization, community, or country," the city wrote in a statement. "Questions have been asked during his time with the City to gain greater clarity and understanding about work and resource needs related to the division’s responsibilities for neighborhoods, customer service, housing, and homelessness. Race has not been a subject of those conversations."