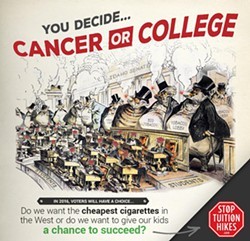 Spokane author Stephanie Oakes has been named a finalist for the 2016 William C. Morris Award

Schweitzer Mountain Resort has teamed up with Community Cancer Services and the Bonner Partners in Care Clinic for Community Ski Day to offer $10 lift tickets at the ski area, the proceeds of which will help fight cancer
Captain Craig Meidl has been named temporary assistant police chief. Meidl had served as assistant police chief under former Police Chief Frank Straub before stepping down. Meidl was one of 50 officers who saluted Officer Karl Thompson, who was convicted in the beating of Otto Zehm, in a federal courtroom.
A federal judge has ordered that $900,000 of allegedly “tainted” money be returned to embattled Washington State Auditor Troy Kelley, who is currently under indictment for corruption charges.
One of the attackers in San Bernardino mass shooting had pledged allegiance to the Islamic State or ISIS, the clearest indication to date that the incident was an act of terrorism.
The Obama administration is seeking ways to unilaterally to tighten restrictions on guns, bypassing a Congress that has shown little appetite to tackle the issue.
The German parliament has voted to back a coalition taking military action against ISIS.