It’s not a secret that crippling student debt has been on the rise for years. Idaho is no different. But where Idaho differentiates itself from most of the nation is the number of high school students going on to college.

Stoptuitionhikes.com
Idaho has consistently been at the bottom of the rankings of U.S. high school students going on to college. A group sees tuition costs as the problem and cigarettes as the solution.

“Do we want the cheapest cigarettes in the West or do we want to give our kids a chance to succeed?” That’s the argument and slogan plastered on stoptuitionhikes.com pushing for an initiative that would increase cigarette taxes and direct that money toward public universities in Idaho.

Bill Moran, the campaign's spokesman who runs the site, says that Idaho has gone from dedicating 14 percent to 8 percent of the general fund on education, and dedicated more money toward health care costs. Idahoans spend $508 million annually on tobacco-related health care costs, according to the American Lung Association, and $258 million on four-year public universities and colleges, according to the site.

Moran wants to bump up the tax on cigarettes from 57 cents to $2.07 per pack. This would make a pack of cigarettes in Idaho about $6.48. The average cost for a pack in the United States is $5.51, the highest being almost $13 in New York.

This initiative, which needs more than 47,000 signatures by April 30 to get on the ballot, would reduce tuition at public institutions by 22 percent, saving Idaho students about $152.04 million per class year, Moran says.

This would come from packs not purchased and health care savings (both long-term by the legislature and individuals with smoking-cased illnesses that keep them from working), he added.

A recent poll showed 65 percent of Idahoans support the idea of higher taxes on cigarettes and lowering tuition costs, and that support comes from both Republicans and Democrats.

Tuition at University of Idaho is just over $7,000, which is about the average for a four-year institution in Idaho. That’s not including room and board, and books, which 65 percent of students say they don't buy anyway because of the cost.

Moran believes that by increasing the tax on cigarettes can also cause about 9,000 people to quit smoking.

“We’ve seen in other states, Arizona and Utah are good examples, if you start at low cigarette costs and then do a hearty increase all at once, you do see a lot of people change their habits,” Moran says.

In opposition, there have been complaints that tobacco products are already taxed at a disproportionate rate, that Idahoans should instead share in the expense for higher education, and that this selective taxation is un-American.

Moran, 29, completed his undergrad at Northern Arizona University, where he took out loans, and then went to study law at Georgetown University on scholarship. Before attending NAU, where he worked two jobs, he worked three jobs while attending community college and was at one point homeless.

After coming to Idaho to live near his sister, he sees the problem has compacted.

"I talked with students, we went to every single university and college, talked to parents, and parents started crying because they had more than one kid and had to pick one to go to college because they can’t afford it," Moran says.

What is going on in the Spokane Police Department? (and other news you need to know) 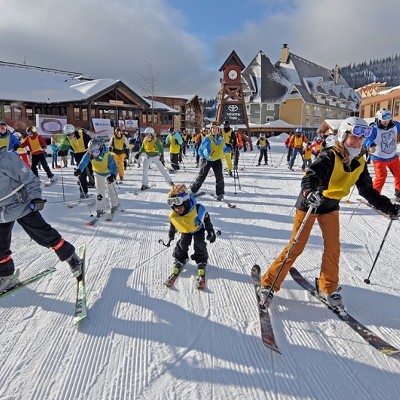