A Difference of Mere Degrees

The osteopathic profession hasn't just gone mainstream; it's become a big part of the future of health care 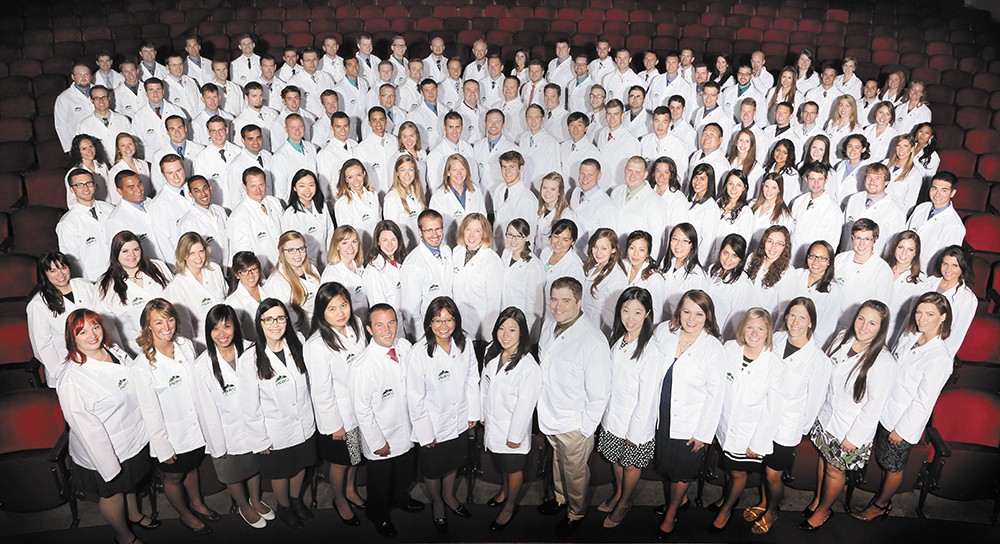 University over whether WSU will launch its own medical school in the state, one important fact has largely been glossed over. Washington state already has another medical school. Just not a public one.

The Pacific Northwest University of Health Sciences in Yakima, which enrolled its first class in 2008, is an osteopathic school. It produces DOs — doctors of osteopathic medicine — instead of MDs, medical doctors. Already, total class sizes have grown to 135 students, more than the annual number of Washington state doctors educated by the University of Washington.

Granted, there were a few hurdles getting started.

"We were having hospitals who didn't understand, that said, 'We already take University of Washington students — we don't take yours,'" says Robert Sutton, PNWU's associate dean of medical education. "We put a bill through so a hospital could not discriminate against osteopathic rotations."

But for the most part, that's been the exception. "Even in the last 14 years, there is growing understanding in mainstream medicine that DOs are mainstream medicine," says Jeremy Graham, a local osteopathic physician and medical school teacher for both WSU and UW.

Today, the two degrees are nearly indistinguishable. Both require four years of school and a residency program, though the osteopathic physician is trained more deeply in physical manipulation techniques, like popping joints and stretching muscles.

"[Osteopathic physicians] believe they have a unique role to play in American health," says Norman Gevitz, author of The DOs: Osteopathic Medicine in America. "Our strength is in terms of primary care, looking at the whole patient."

In a typical exam, "I would do manual manipulation techniques, but also palpate the body, and feel the muscle tension to find the pain," Graham says. In an office visit, he may assess range of movement and ease of motion, prescribe a medication or set up an exercise regimen, all with an eye toward mitigating future health problems.

"You might say, 'There's a little old lady who's got a tendency to fall over, what if I could make her stance better?'" He may help her change the way she walks, or even suggest specialized shoes or orthotics.

Osteopathic medicine, Graham says, came out of the post-Civil War explosion of new schools of thought related to medicine. Frontier doctor Andrew Taylor Still had some radical ideas for the time. (Like, maybe it wasn't a good idea for patients to drink mercury.)

"He was very anti-poisonous drugs," Graham says. Instead, osteopathic medicine centered on eating certain foods, exercising, and body manipulation techniques. In the century that followed, however, medications being produced through mainstream medicine improved, and the osteopathic profession began accepting them. At the same time, traditional doctors began taking cues from the diagnostic tricks and preventive recommendations of osteopathic doctors.

In recent decades, there's been an explosion in osteopathic medicine. In 1974, Gevitz says, there were only nine osteopathic schools.

"Today, there are 31 schools," he says. "Growth has been remarkable." By 2019, he says, a full quarter of U.S. medical school graduates will be DOs.

One reason for the growth: It's cheaper to create an osteopathic school, he says. The traditional medical school is much more than a school for teaching medical students. It's generally a sprawling academic health center, associated with big hospitals, serious research labs, and pricey clinical facilities.

But without the concentrations on specialities and subspecialties, an osteopathic school is able to focus on basics: "We don't need 15 pathologists in order to run an osteopathic medical school," Gevitz says.

In many ways, the osteopathic model may be a prescription for what's ailing the medical profession. A physician shortage is particularly acute in primary care, especially in rural areas. By tradition, osteopathic medicine continues to emphasize primary care and serving rural areas. "[PNWU] is already starting supplying a meaningful number of residents," Graham says. "Some of the ones I know are pretty intent on staying and anchoring in this community."

That's no accident. "[Osteopathic medical schools] admit students, not just on high chemistry scores, but with an eye toward how likely they are to do primary care," Graham says. "Kansas City [University of Medicine and Biosciences] would rather have taken a kid from a small town who was married and had a 3.7 GPA than a kid with a perfect grade point average who was not likely to stay in their town."

That's what makes the osteopathic school a good fit for a place like Yakima, and Eastern Washington as well. "There's a huge need for general practice physicians in a rural area. That is the mantra of PNWU in Yakima," says state Rep. Norm Johnson, who represents the region. "We know that that need is increasing tenfold." ♦