A local push for pie and other regional food news 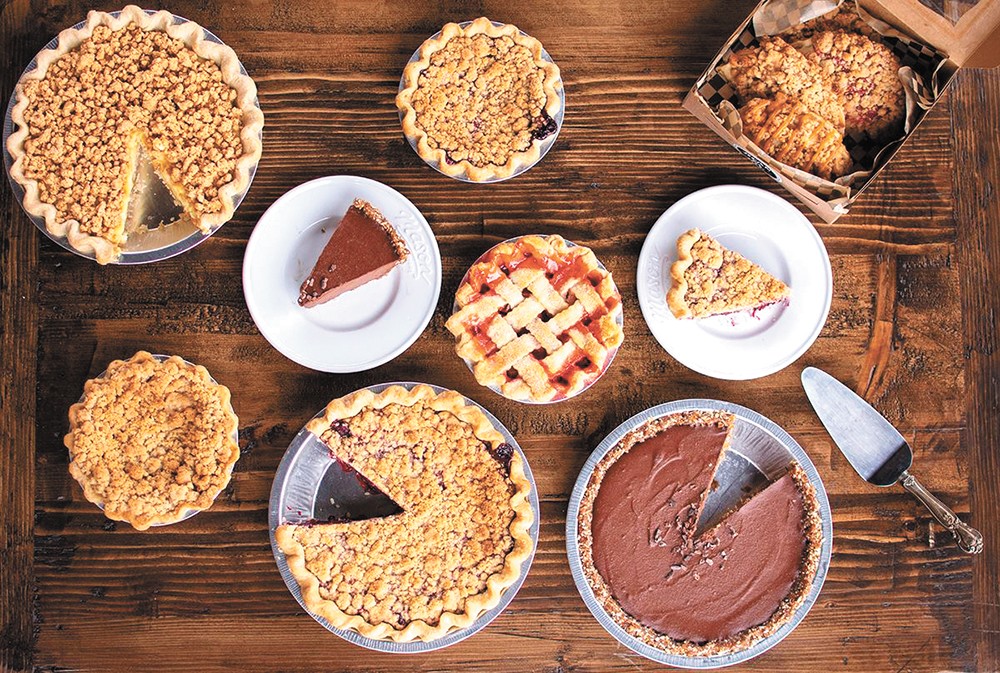 Bean & Pie is aiming to open a storefront bakery in Coeur d'Alene next year.

Coeur d'Alene couple Katy and Ethan Bean recently launched a crowdfunding campaign for their growing bakeshop, Bean & Pie. They're trying to raise $20,000 to help open a storefront next year in Coeur d'Alene, with an all-or-nothing fundraising deadline of Friday, Dec. 28. As of this writing, the campaign is more than halfway to that goal. Bean & Pie, launched in summer 2017, currently fills custom orders for its small-batch pies made using quality local ingredients. Bean & Pie was a regular vendor at this year's Kootenai County Farmers Market and Kendall Yards Night Market. With the planned shop, they hope to expand their offerings to not only include fruit pies, but cream and savory pies, as well as gluten-free and vegan options. Backer rewards include pies, naturally, along with swag, memberships to a slice or pie of the month club, tickets to a launch party, pie-making classes and more. Find the campaign by searching on Kickstarter for Bean & Pie, and learn more about the bakeshop at beanandpie.com. (CHEY SCOTT)

When they opened earlier this year in Sandpoint, both Matchwood Brewing and Utara Brewing were deep into menu development, with plans to bring food online by year's end. Now available, Matchwood's menu is a mixture of shareable appetizers, salads and handheld items like burgers and pasties, the latter of which is one of several menu items that honor the owners' Montana roots. Originally popularized by miners in the Cornwall region of England, and ingrained in Montana's mining tradition, Matchwood's pasties range from traditional — skirt steak, potato, onion, rutabaga — to unusual, like the ratatouille pasty ($10-$14). Its chicken wings feature Missoula-based Arthur Wayne's Haba Haba "DIME" Sauce, which is a blend of jalapeno, habanero, cayenne and other spices ($10.50). At Utara, which comes from the Hindi word for "north," the menu offers Anglo-Indian cuisine one might find in a British-style pub. Try naan bread with melted garam-masala-spiced cheese ($5.50) or potato samosas ($6), and look for more menu items, such as curry dishes, to be added in the near future. (CARRIE SCOZZARO)

RETURN OF THE MI MI

Breaking news: One of my favorite burgers in all the land is back! Last week, the Blackbird Tavern + Kitchen announced that three applewood grilled ground chuck burgers have emerged on the menu after a long burger hiatus starting when the restaurant switched its focus to Southern-style barbecue back in April. Of the three burgers now being served, my favorite, the infamous Mi Mi, has returned under a new name: the bacon burger, served with Kansas City-style candied bacon, white cheddar and arugula. A new arrival is the Broadview burger, with white cheddar, shaved jalapenos, bacon, mayo and spicy potato chips. The brisket chili burger is a beef patty topped with brisket chili, cheddar, onions and sour cream. (CHEY SCOTT)