Cooper Kupp is happy to be breaking receiving records at EWU 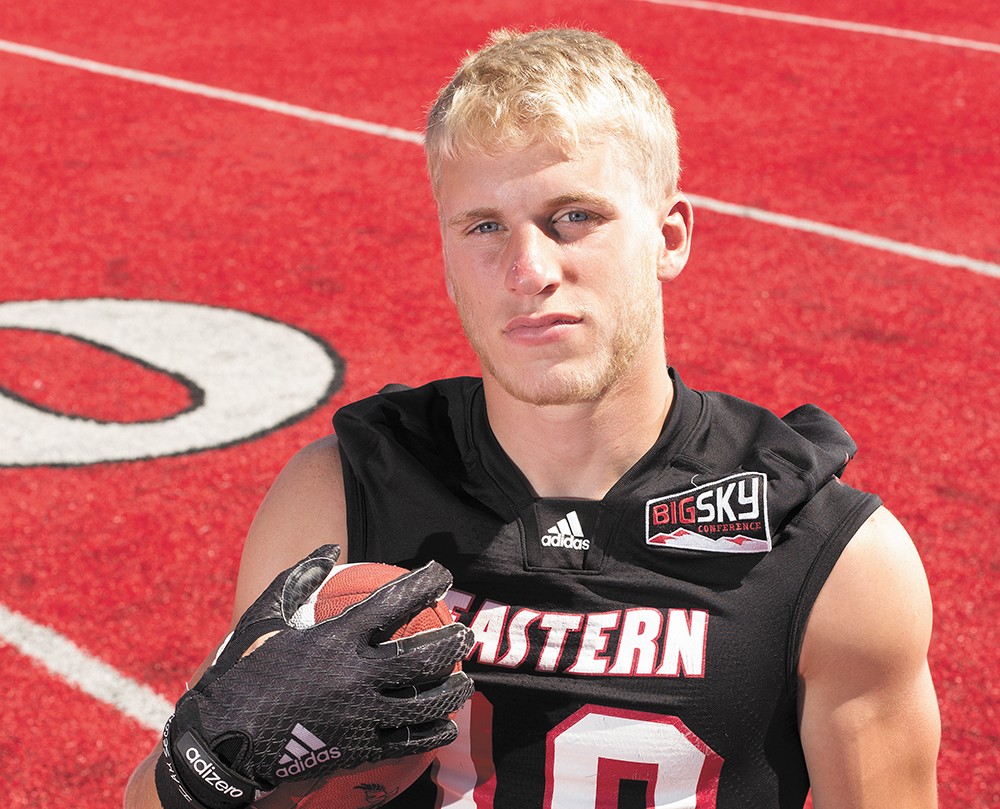 Young Kwak
Cooper Kupp didn't receive big scholarship offers, but is more than happy to be scoring touchdowns for EWU.

as one of the greatest wide receivers in Big Sky Conference history, and Eastern Washington coaches are still patting themselves on the back for winning the recruiting battle for Kupp.

Yep, the Eagles had to fend off Idaho State and... uh, nobody. The oft-hapless Bengals were the only other school to offer Kupp a scholarship after a stellar career at Davis High School in Yakima. In fact, Ivy League schools were the only other suitors who seemed more than mildly interested in Kupp, and athletic scholarships are not allowed in the pricey, academically elite conference.

"It was frustrating," Kupp says.

Talk about frustrating — try covering Kupp on a pass route. He's not the fastest guy, nor is he the biggest, but Kupp is putting together another monster season, one year after breaking NCAA Football Championship Subdivision records held by former NFL great Randy Moss and others.

"It's amazing statistically what he's done in a short amount of time," Eastern Washington coach Beau Baldwin says, "but it seems like he's been here a long time with the amount of plays he's made. It's even more impressive in terms of what he's meant as a leader and example to our other players."

Hard work and a passion for football are two qualities Kupp inherited from a family where the sport reigns supreme. Kupp says he remains inspired by a pep talk he received from his father (former NFL quarterback Craig Kupp) in seventh grade, when Cooper was a 5-foot-1, 100-pound benchwarmer in basketball.

"He just said, 'Continue to work hard. Continue to earn everything, because that's something that will carry over,'" Kupp recalls.

Today, Kupp stands 6-foot-2 and weighs 195 pounds. He rides the bench no more.

"I'm never going to have God-given speed," Kupp says. "I'm not going to be given that God-given size. What God did give me is, he gave me the desire to work hard and to push through things and to want to earn things."

"Best receiver I have ever played with," Eastern's star quarterback Vernon Adams says.

Adams has been sidelined the past month with a broken foot, but Kupp ranks among national leaders with 65 catches for 879 yards and 12 touchdowns for the 8-2 Eagles, who head into a key Big Sky matchup with Montana on Saturday in Cheney.

Kupp, an economics major with a 3.48 grade point average, hopes to follow his dad and grandfather Jake Kupp into the NFL one day. He can also thank his mom for good genes. Karin, a soccer player in college, joined Craig in the Pacific Lutheran University Athletic Hall of Fame in Tacoma.

Croskrey's presence at Eastern provides Kupp with one more reason to be thankful he wound up playing for the Eagles. Not that he's forgotten that University of Washington coaches never responded to his letters and game tapes, or that Washington State coaches only expressed interest in him as a walk-on safety.