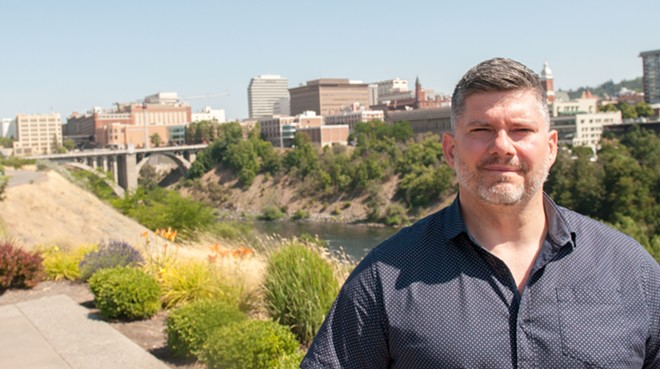 Brent Toderian is famous as an urban planner. (The guy has 50,000 Twitter followers, far more than most former city planners.) He was the chief planner of Vancouver, B.C. — leading the city through the 2010 Winter Olympics — before being controversially booted out by the Vancouver City Council in 2012.

Now, he runs a consulting firm called TODERIAN UrbanWORKS, where he preaches the doctrine of  "advanced urbanism" to cities across the world. He's been the subject of multiple Vox articles — including on how to deal with not-in-my-backyard objections to more density.

This week, Jim Frank, founder of Kendall Yards developer Greenstone, opted to bring in Toderian personally to provide a critique and assessment of the downtown-adjacent development. His conclusion: Kendall Yards is almost flawless as a suburb — but also says the standard should be higher for a community that acted as an extension of downtown.

Kendall Yards, he says, was the rare sort of development that actually had built in character. But he sees a few possible improvements: more density in some areas of Kendall Yards, more houses that are closer to the street instead of separated by big front lawns, housing on top of restaurants; even something as simple as selling low-cost foldable shopping carts at My Fresh Basket, a little like a dolly, would let pedestrians easily cart their groceries back to their house when shopping. All of those things could make the community just that much more walkable.

But while visiting, Toderian also waded into broader observations about his first impression of Spokane's downtown core.

We spoke with Toderian — while he was finishing up a slice of Veraci pizza on the second level of Greenstone's Kendall Yards office — all about what downtown Spokane is doing well — and what it could be doing a lot better.

Downtown Spokane is not a failure, he says.

"But it's not the success it could be," he says.

1) Spokane's downtown streets are its biggest weakness — and he's not referring to issues with potholes.

"You've got incredibly wide streets here," Toderian says. "That’s not a compliment... Your streets are wide, car-dependent and often one-way. None of which is a good thing for a well-functioning downtown."

Not only are these sorts of streets hard to navigate by car — make one wrong turn and spend minutes trying to get to get back on course — they're not particularly bike or pedestrian friendly. He calls them "traffic sewers."

They're the sort of thing that can make it more difficult to create downtown housing.

"When it's perceived as an office place, and a bit of a harsh one because of the width and speed and business of the road, that's a harder sell," Toderian says.

But the good news? He says that Spokane's wide streets make for a great canvas to improve the infrastructure. There's room to work, adding all sorts of amenities that make downtown streets better for cyclists, pedestrians drivers.

"All you need is political will," he says.