Chairs rebounds from a burglary. Plus, Niko's closes suddenly. 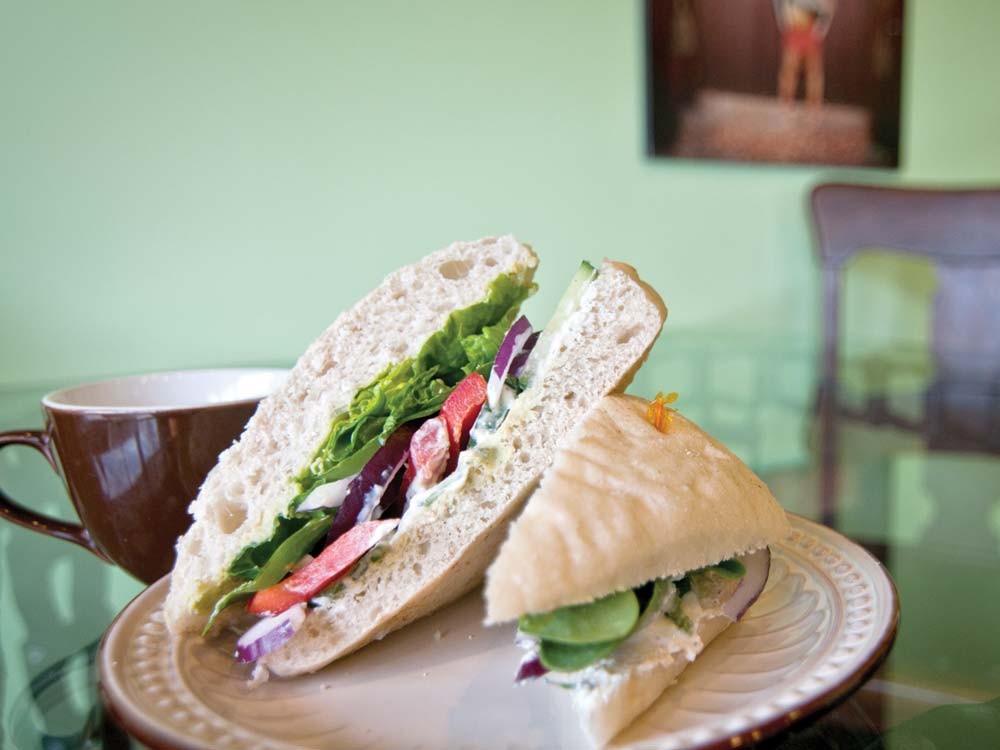 Robbers struck Chairs Coffee in north Spokane last week, making off with computer equipment, a camera and a hard drive. But it was hard to guess that, walking in the next day, as co-owners Mitch Moczulski and Chris Nichols still radiated the same friendly demeanor they had the day before, their vibrant personalities reflected in the funky, brightly colored coffee shop they run.

The break-in came six weeks after their opening in the space that formerly housed Coffee Social. “We finished putting the trim on four minutes before opening,” Moczulski says, smiling.

Chairs Coffee has a full menu, off of which Nichols recommends a sandwich called The Chair ($6.49) without hesitation. Piled high with turkey, provolone, lettuce, tomato, red onion and pesto aioli and accompanied by a side of either chips or veggies with locally made Victor’s Hummus. It is beyond satisfying.

Chairs settled on serving Roast House coffee after an exhaustive search. They serve French press and white coffee, which has about 30 percent more caffeine than regular coffee.

“We wanted the best coffee,” says Nichols. “[Roast House] made us a cup and there was no question.”

Perhaps what’s most unique about Chairs, though, is its payment system. Customers’ cards are swiped through a little attachment on an iPad. It is a huge cost-cutter, as it doesn’t require them to buy and pay monthly fees on a credit card system. Plus, it’s really cool.

Nichols and Moczulski are building Chairs into an all-around social spot, combining food, drinks and events, like open mic nights on Mondays and board game nights on Tuesdays, and eventually having live music on Saturdays.

“We’ve got an amazing thing going on here,” says Nichols. “We want to make this a community place rather than just our place.”

Burglary or not, they have every intention of pressing on with this goal, but they’ll be “getting security in here like crazy,” Nichols says with a smile.

The tables are still set at Niko's restaurant and Wine Bar, though no one has gone to work there in almost two weeks. The restaurant closed quietly after dinner service on Friday, March 4. Word of the closure spread the following Tuesday, to the general shock of the restaurant community.

The official line, as recounted to the Spokesman-Review by General Manager Pauline Riley, was that Niko’s owner Laith Elaimy was retiring and closing the doors. The suddenness of the closure, however, clearly caught some people surprised, and unprepared.

In its 26 years in business, the high-end Greek restaurant and wine bar had weathered economic storms that had shuttered other restaurants, while proving able to satisfy people’s fickle taste buds.

“People’s ideas of what ‘ethnic’ food is changed,” in those two decades, says Latah Bistro chef David Blaine. “There were no Thai restaurants in Spokane when [Niko’s] opened. We’ve seen a lot of Greek places come and go.” Now, Niko’s is gone as well.

We finally reached Elaimy on Monday. He told us that the retirement was planned but not publicized. “I’m just tired,” he said. “My health is not great.”

We asked how much warning his employees were given. He replied, “The employees are good. Everybody is good.”

Elaimy says there is a chance the place will house a restaurant again soon. “I can’t say too much, but there are some people who are possibly taking it over soon,” he says. Whether that means Niko’s will reopen under new ownership or the space will soon house a new restaurant, he declined to say.

The napkins and silverware still sit on the tables, awaiting either eventuality. (Luke Baumgarten)