The Madness that's returning isn’t insane or inventive. It's routine and generic. 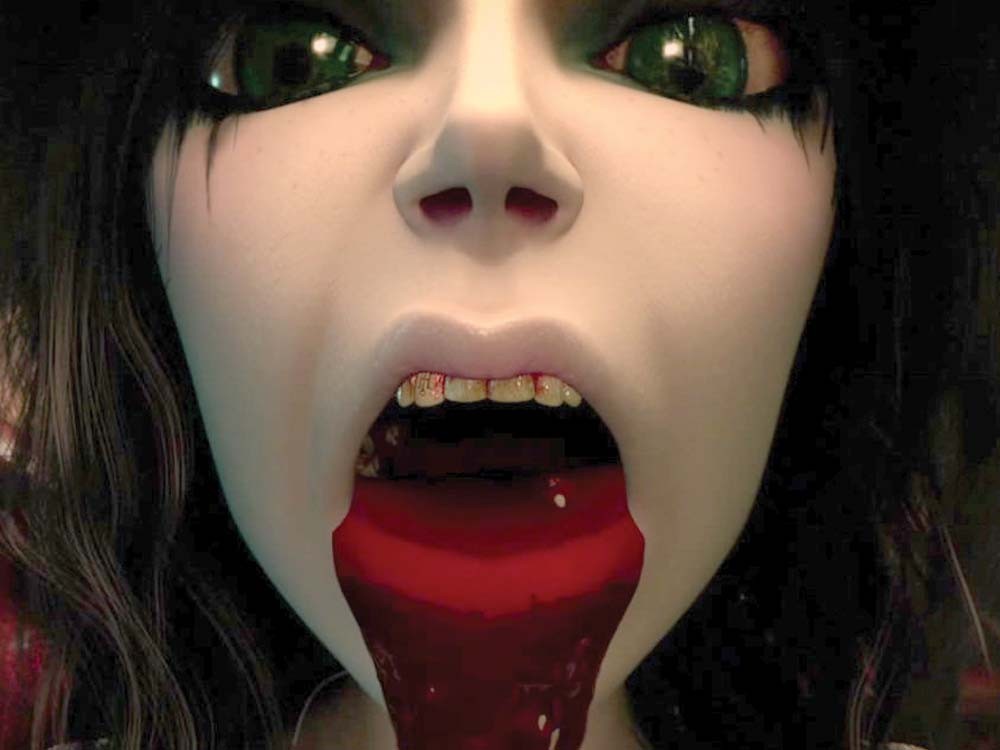 Alice: Madness Returns is a sequel to American McGee’s Alice, which is a game I first encountered in 2000 at a press event where American McGee introduced it. He was a slim young man with bleached blonde hair who stood off to the side talking incessantly on his cellphone. Apparently he was too talented and important to meet any of us, and when McGee finally spoke, it was obvious that he expected us all to see how amazingly brilliant his ideas were.

According to McGee’s explanation (most of which I drowned out by rolling my eyes loudly, so don’t quote me), he was harnessing the power of videogames to create a warped world unlike any we had ever seen. It was going to be uh-mazing. Then he showed us a section of the game where a pathway in front of Alice kept breaking apart and swirling around, so she had to jump across it just like Mario crossing a pathway of moving blocks in Super Mario 64, which I guess McGee thought we had never seen.

I don’t know what else McGee has done since Alice, but all it earned him was the right to return to Electronic Arts some 11 years later and make this sequel, which is not called American McGee’s Alice: Madness Returns, but instead confines his name to the small print. It’s a good thing for him, because Madness Returns is even more generic than the original Alice — almost too generic even for American McGee.

“A new law reigns in this Wonderland, Alice,” says the Cheshire Cat, all rictus and rococo curls. “It’s very rough justice all around.” Hmm … sounds like another Alice, doesn’t it, Mr. Burton? And so Alice, who sports dark hair and a blood-spattered dress with a skull on the sash, gets her Vorpal Blade and her Pepperpot Blaster and is soon slashing and shooting her way across Wonderland.

I don’t mind third-person action games, but after fine-tuned games like God of War and Kingdom Hearts, they need to display some finesse. Madness Returns gives Alice an auto-aim that allows her to whirl around instantly and attack foes behind her, and a dodge function that turns her into a swarm of butterflies and lets her freely flutter through all of her opponents. I understand this is inspired by Alice in Wonderland, but the game is rated “Mature,” so couldn’t I have some combat that’s a bit more grown up than Rayman and Kirby?

THE GOOD: The Unreal Engine, which is responsible for rendering the game’s graphics, does its usual excellent job of creating look-but-don’t-touch visuals. Players who enjoy gazing around virtual environments will find this Wonderland wonderful.

THE BAD: I’ll happily endure any twist an artist wants to bring to Alice in Wonderland, whether innocent (Disney), troubled (Burton), Freudian (Tom Waits) or surreal (the brothers Quay). McGee, however, brings nothing to the Alice mythos, but instead exports it to a rather generic videogame framework. Sure, there’s Alice and the Cheshire Cat, but they could just as easily have been Little Orphan Annie and her dog Sandy, or Princess Peach and her sidekick Toad.

THE BOTTOM LINE: In Alice: Madness Returns, nothing new comes along.