Amid speculation, McMorris Rodgers confirms that, yes, she is going to run in 2020 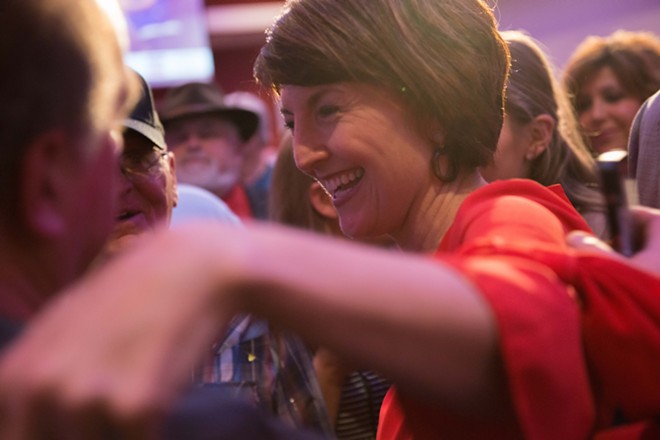 1) Mayor David Condon will finish his eighth and final year as mayor of Spokane this year, leaving him looking for a new job.

2) As as a resident of the South Hill, Mayor Condon lives in pretty darn liberal Legislative District 3, making a run for state Legislature particularly difficult.

3) Mayor David Condon was once deputy chief of staff for McMorris Rodgers.

4) For the past year, Condon has taken a more adversarial role toward the City Council, including advocating against a tax increase to keep firefighters and add more police officers. It's the sort of thing you'd do if you were trying to bolster your conservative cred , say, win in the conservative 5th Congressional District.

5) Meanwhile, McMorris Rodgers decided not to run for House leadership after her re-election.

6) Similarly, despite her decisive victory over her opponent, Lisa Brown, last year, McMorris Rodgers has shown a more moderate face in some instances. While she hasn't supported completely restoring net neutrality provisions. She's pushed for a bill to make “blocking,” “throttling” and “paid prioritization” of internet services illegal.

7) McMorris Rodgers took the rare step of not only criticizing President Donald Trump rhetorically, stood for her principles and officially voted to disapprove of Trump's national emergency declaration.

By contrast, Sen. Ben Sasse (R- Nebraska), who has been a far more vocal critic of Trump than McMorris Rodgers ever was, didn't show the same sort of backbone. One reason why Sasse may have shrunk from his prior commitment? He's up for re-election in 2020, and may not want to risk a primary.

So in the last few months, there's been a fair amount of murmuring predicting that McMorris Rodgers would choose not to run in 2020 — and outgoing Mayor David Condon would run for his old boss' seat instead.

But when we reached out to McMorris Rodgers earlier this week her statement was unequivocal:

“I will be running for re-election in 2020 so I can continue getting results for people in Eastern Washington," she said in an emailed statement. "That’s why this week, I hosted a kickoff breakfast in Spokane where 400 people came out to support me and my re-election efforts.”

Daniel Walters photo
Almost-Mayoral Candidate Nadine Woodward.
But here, at least, McMorris Rodgers isn't playing coy. Her denial is solid. Contrast that with the recent non-denials from a potential Spokane mayoral candidate — the woman who, as luck would have it, actually moderated last year's debate between Rep. Cathy-McMorris Rodgers and her opponent: Nadine Woodward.

In the last two months, Woodward has gone from dancing around the question to, in a short interview at the Inlander's Best Of party, coming close to confirming that she's running.

Sadly, Woodward declined to sit on the Inlander's cardboard Iron Throne, thus depriving us of the photo we would use for every mayoral campaign story that referenced her. 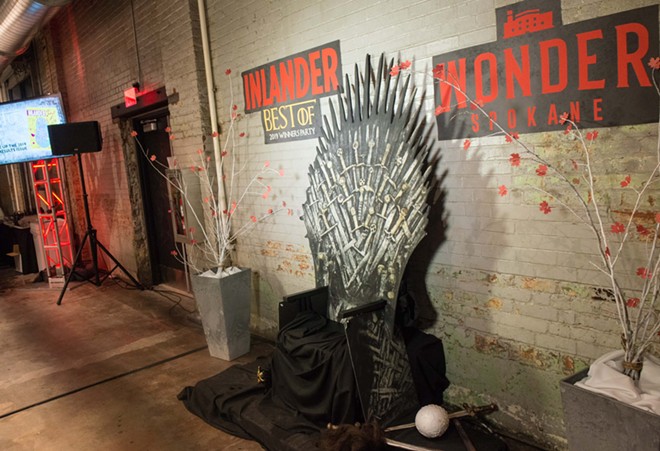