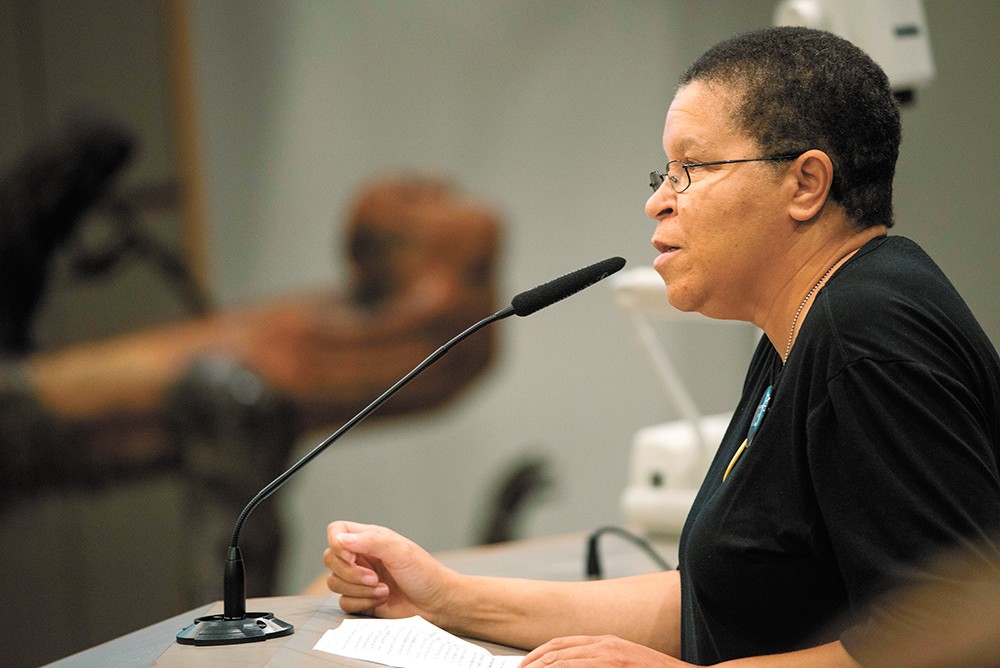 For over a year, City Council President Ben Stuckart has been upset over the Border Patrol's long-standing practice of conducting sweeps at the Greyhound depot at the city-owned Intermodal Center, arguing that the practice intimidates residents, including those here legally.

And last night, Stuckart and the council took action. They voted 6-1 in favor of an ordinance barring Border Patrol from entering the nonpublic areas of city property — including the bus depot — without either a warrant or permission from the mayor.

Still, Mayor David Condon says he's not going to be enforcing the ordinance.

The council vote was preceded by over three hours of public testimony, with the vast majority — including religious leaders, doctors, attorneys and activists — speaking in favor of the ordinance. Local pastors like Walter Kendricks and Mark Finney referenced Bible verses commanding Christians to care for the "stranger" and the "alien."

"No human being is illegal!" activist Alfredo LLamedo said, while tearing up his naturalization and citizenship papers at the lectern.

But while several speakers expressed the hope that the ordinance would be unanimous, conservative Councilman Mike Fagan immediately made it clear he would not be supporting it.

"Y'all may as well get up and turn around," Fagan said to kick off his comments, referencing the penchant of many in the crowd to stand and turn their backs to critics of the ordinance.

Indeed, some in the audience jeered Fagan's comments, which sought to tie illegal immigration to drug trafficking and property crime.

"While I don't make the claim that every illegal alien transports drugs and things to that effect, there are some that do," Fagan says. (Studies have shown that immigrants, both legal and illegal, actually commit fewer crimes than do native-born Americans.)

Councilman Breean Beggs, meanwhile, pointed out that of all the thousands of people interrogated every month by Border Patrol at the bus depot, only an average of two each month were arrested for being unauthorized immigrants.

Still, Councilwoman Candace Mumm stressed that the success of the ordinance rested on the willingness of the mayor to enforce it. Indeed, in a response on Tuesday afternoon, Mayor Condon wrote that "neither the mayor nor city employees have the authority to impede" Border Patrol sweeps.

"They're not going to ask his permission, in the first place," city spokeswoman Marlene Feist says. "Practically, there's no way to enforce this ordinance."♦

The original print version of this article was headlined "'Flashing Back'"