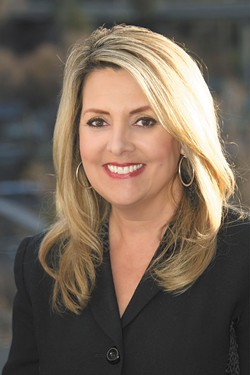 The city of Spokane's newest homeless shelter was supposed to open by July 1, 2019. That didn't happen. Then, the plan was to have a new shelter open by Sept. 1. That didn't happen either. And now, as City Council President Ben Stuckart says, the Condon administration isn't pursuing buying a new full-scale shelter at all, instead looking for places to lease for smaller warming centers.

City spokeswoman Kirstin Davis, however, says that's false, arguing Condon is simply broadening the scope of the properties they're looking for.

"If we are unable to find a property quickly to buy, he wants to be open to leases or other arrangements to get a shelter open and services available in time for winter," Davis says.

But Stuckart is skeptical that warming shelters will be open in time as winter approaches.

"[Mayor David Condon is] not putting the priorities necessary in order to get warming shelters open," Stuckart says. "I think they'd be perfectly fine if things just keep getting worse."

He says the Community, Housing & Human Services department has been understaffed and overwhelmed, and if he were mayor, he'd dedicate multiple staff members to it full time.

"This is the whole problem," Stuckart says. "Council can fund things, but we can't tell staff what to do."

Stuckart says he's offered to let the CHHS department use his executive assistant, Adam McDaniel, for three days a week, to free up other staff members to look for shelters.

Monday night, the City Council voted to delay choosing the Salvation Army as a shelter provider, partly because details like where the shelter or shelters would be located hadn't been remotely finalized. Stuckart says they're only delaying the decision a week, because the council wants to keep the pressure on the administration to move faster.

Meanwhile, Stuckart's opponent for mayor, former KXLY anchor Nadine Woodward, has argued that the city shouldn't be buying a shelter, or at least should wait a year.

In an op-ed about homelessness Sunday in the Spokesman-Review, Woodward blamed Stuckart for the plan that he and the Condon administration had both championed.

"Mr. Stuckart believes an impulsive push for a city-owned shelter will solve our problem," Woodward wrote, "but it will simply establish another unnecessary and expensive bureaucracy that will become a long-term burden."

The original print version of this article was headlined "Shelter Delayed, Shelter Denied"