After a decade of remarkable consistency, Baltimore's Beach House mixes things up 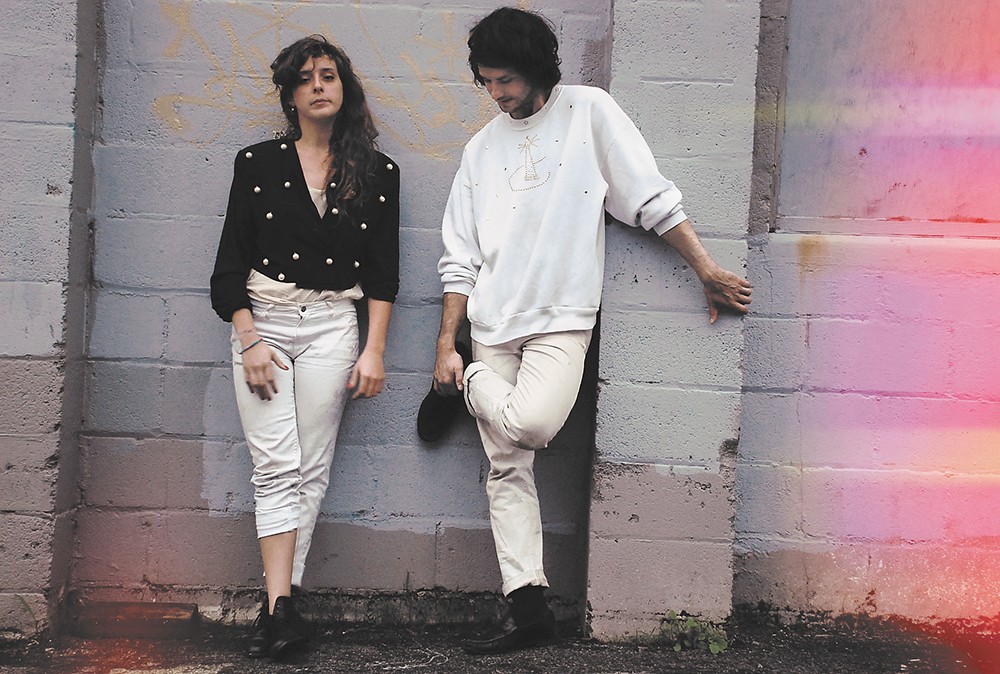 Before Beach House's Alex Scally will end his phone interview with the Inlander,

he'd like a few recommendations for cool spots near the Knitting Factory. A good bite to eat, perhaps, or a bar that's near and dear to the locals.

"We've been touring now for 11 years, so it's very exciting to go to cities for the first time, because that's just a rarer and rarer occurrence," he says. "We have to go ... further and further to go somewhere for the first time."

Indeed, mixing things up has been Beach House's m.o. for the past year or so. From 2006 to 2012, the band — Scally (guitars/keyboards) plus his musical soulmate, Victoria Legrand (vocals/keyboards) — was one of the most consistent in indie rock, pumping out an album of beautifully gauzy electro-pop every two years, each to widespread critical acclaim. The influential music website Pitchfork bestowed its prestigious Best New Music label on 2008's Devotion, 2010's Teen Dream and 2012's Bloom.

The timing was odd. But Beach House had reached a point where Scally and Legrand needed to try something new, and had the songs to do so.

"In the months before we were going to record Depression Cherry, we had all this time and these new songs that were starting, so we were like, 'Oh, let's just make another record,'" Scally says. "We were in a creative state at the time."

The duo decided to experiment. They committed to releasing Depression Cherry in the "normal" way, i.e., with an extensive rollout and press campaign. They tried to turn back the clock with the second batch of songs, which would become Thank Your Lucky Stars.

Thank Your Lucky Stars was a surprise release, without the attendant rollout.

"We wanted to see what it was like to put out a record and not answer questions about it, and to not have a narrative, which every record has to have these days," Scally says. "We'd only done it this one way for 10 years, and it was really interesting. To some extent, it was really exciting ... but to another extent, the lack of (a release campaign) probably hurt the record (in terms of) being heard by as many people."

The twin album releases had a practical effect on Beach House's touring over the past year, doubling the duo's available new songs and allowing Scally and Legrand more flexibility when writing setlists. By rotating songs in and out every night, they've each been played less, and thus feel fresher longer, Scally says.

"(That) really kept us from going crazy," he says. "You can feel when a band's not even thinking about this anymore. They're just mowing down the songs to get to the next show. We don't like that feeling, so we did our best to avoid it this time."

Scally and Legrand noticed their effortless musical chemistry years ago when they were both members of another band in Baltimore. When that project dissolved, the two continued to hang out and make music, and it wasn't long before they realized they had a handful of good songs. "There was no 'Let's start a band,'" Scally says. "It couldn't have been a more natural start."

They've worked hard ever since to make sure that the band's steady success doesn't bend and shape Beach House into something that doesn't represent its co-pilots, Scally says.

"We've had moments that we felt like were not us, and we've turned away from them, so it's really been a conscious effort to keep it under control, and keep it the way we want it to be," he says. "We've never wanted to be something we're not."

Which is, perhaps, why the band's attempt to create a sort of alternate dimension for the release of Thank Your Lucky Stars was partly successful, and partly a good reminder that experiments can be teaching moments.

"There was definitely a noticeable feeling of not having any pressure, which was enjoyable," Scally says. "But at the same time, I think we recognize that you can never go back. Obviously, everybody knows that, but I think sometimes you just have to learn it again. And that's the whole point of the experience, is to learn." ♦