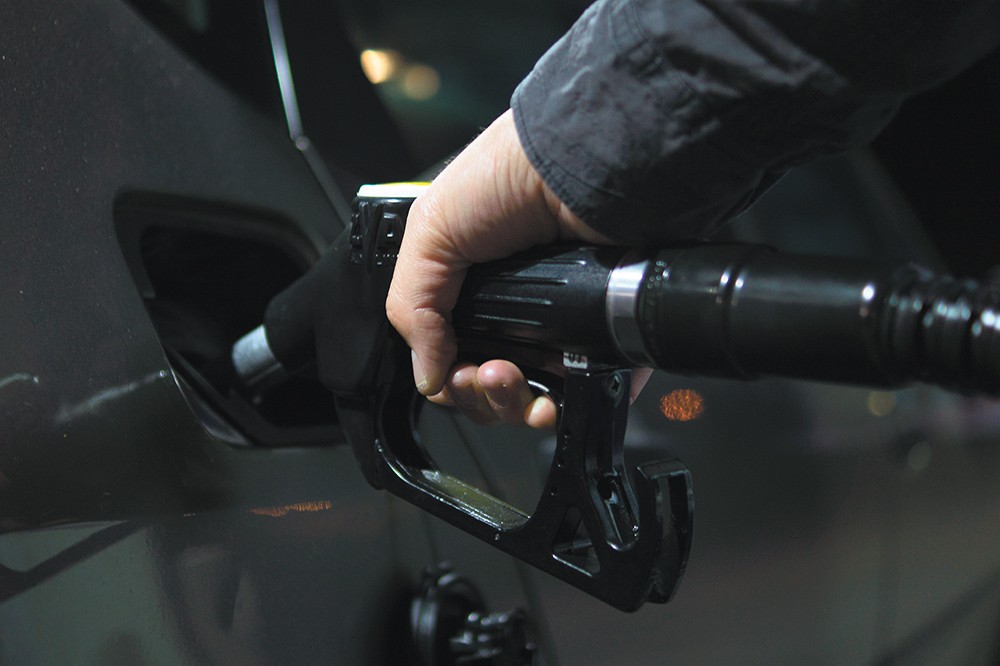 living everywhere from busy cities to rural communities, have volunteered to keep track of how many miles they drive over the next year as state leaders explore alternative ways to pay for the upkeep of state roads.

Currently, Washington's roads and bridges are largely funded by the state gas tax of 49.4 cents per gallon.

But in the next 20 years, the average gas mileage for Washington drivers is expected to increase from 20 miles per gallon to 35 mpg, meaning cars will keep wearing down roads, but the state would get 45 percent less revenue per mile driven, according to the Washington State Transportation Commission.

So at the direction of state lawmakers, the commission is studying a "road usage charge," to instead charge drivers for the miles they drive.

"This is very promising, but it's certainly not being sold as a done deal or the magic bullet," says Reema Griffith, the transportation commission's executive director. "It may just be one of the solutions that emerge to make sure infrastructure can be not only maintained, but grow and improve."

So why not just increase the gas tax?

"Our commissioners asked that," Griffith says. "Each year it gets weaker and weaker: Our revenues are essentially flat right now. There's a slight uptick, less than a percent, and that's fine for now, but when you consider our economy is booming, for the gas tax to be flat, to barely be growing, is not a good sign."

The Legislature would have to raise the tax about 1.5 cents every year over the next 20 years just to keep revenues where they are today, according to commission staff analysis. That could mean paying 60, 70, 80 cents a gallon in gas tax and getting less in return when you factor in inflation, Griffith says.

"It's like a boat with a slow leak," Griffith says. "If you have a cup, you can scoop out the water for a while and stay afloat, but eventually, you sink. That's the long view on gas tax sustainability."

Volunteer drivers started enrolling in the Road Usage Charge Pilot Project in February, with the commission targeting invitations to people with diverse incomes, vehicle types and driving habits to get a representative mix of the state's drivers. Though not selected as a statistically representative sample, the participant pool largely mirrors the state's demographics, Griffith says.

"We're coming in with a really good, balanced sample," she says. "This is a really rare opportunity for the general public to be involved in something that will help, on the front end, shape a major policy that will impact everyone's lives."

Participants have a few options for how to report their mileage on a quarterly basis:

• Prepay for a set amount of miles, then submit photos of actual odometer readings or have a Department of Licensing employee note the mileage.

• Use an in-car device without GPS to automatically report mileage.

Under the pilot, volunteers won't actually pay the 2.4-cent per-mile fee, which was set based on what average drivers currently pay under the gas tax. Instead, they get a regular report showing how much they actually paid in gas tax and how much they would still owe or be reimbursed under the per-mile program and are asked for their feedback.

"We've all gotta pay for the roads," Griffith says. "This is just making the tax equal for everybody."

The state realizes there won't be a one-size-fits-all solution, Griffith says, which is why they're testing various reporting methods.

"We realize some people are comfortable with technology — they like the information they get from it — but also there are a lot of people that don't want that and want minimal technology involvement," she says.

For those that opt for high-tech, the state is testing off-the-shelf DriveSync GPS devices, already in use by insurance companies that let drivers base their premiums off their driving habits.

Among those who volunteered for the GPS device is Mariya Frost, a transportation policy analyst with the Washington Policy Center, a nonprofit think tank that's a member of American Legislative Exchange Council, which drafts conservative legislation nationwide.

Frost, who was glad to get the chance to participate, says she chose the device because it was the most invasive and concerning option. While she says she knew she was consenting to share information about her "trip patterns" with the state, she wasn't expecting to be scored for her trips.

On one trip, a phone app connected with her device reported she got an 84 out of 100 because she was speeding at 21 points along her route on Interstate 5 and had one incident of "harsh cornering."

"I was very surprised that my trips are graded," Frost says. "What the app does not recognize is why I make those choices on the road, whether or not I'm passing a semi for example. ... I drove by several law enforcement vehicles who had no issue with the speed I was going."

The state is not collecting that additional data, Griffith says, and the private company is not allowed to collect or share it during the pilot either.

In official practice, however, lawmakers would have to decide if and how that data could be used.

Frost has reported on the potential switch away from gas tax for more than a year. She points out that while fuel efficiency increased 12 percent from 1995 to 2015, and Washington drivers traveled 21 percent more miles, the state fuel tax went up 115 percent during the same time frame.

Frost also questions how the revenue might be spent. Currently, the state constitution dictates that gas tax revenue can only be spent on state highway purposes, but it's not clear if a mileage tax would fall under that same protection.

Indeed, Griffith also says that after state lawmakers get the pilot results in 2020, they'll have to decide whether to move forward with the tax and then tackle questions like how the transition would work, what's needed to be cost efficient, whether there should be exemptions, how it should be collected and more.

"They're going to have to wrestle with a lot of very sticky policy issues," Griffith says. "It's opening Pandora's box a bit, because the gas tax is one dimensional. Most people aren't even aware of how much they pay."

Under a mileage tax, however, people would be very aware, Griffith says, and lawmakers would have to decide whether to only use the revenue for road infrastructure or if some of it should go to other transportation programs not related to building roads.

"Those aren't easy things to solve and grapple with," Griffith says. "There's going to be some difficult decisions made." ♦