As the presidential primary nears, some question why independent-friendly Washington requires a party oath 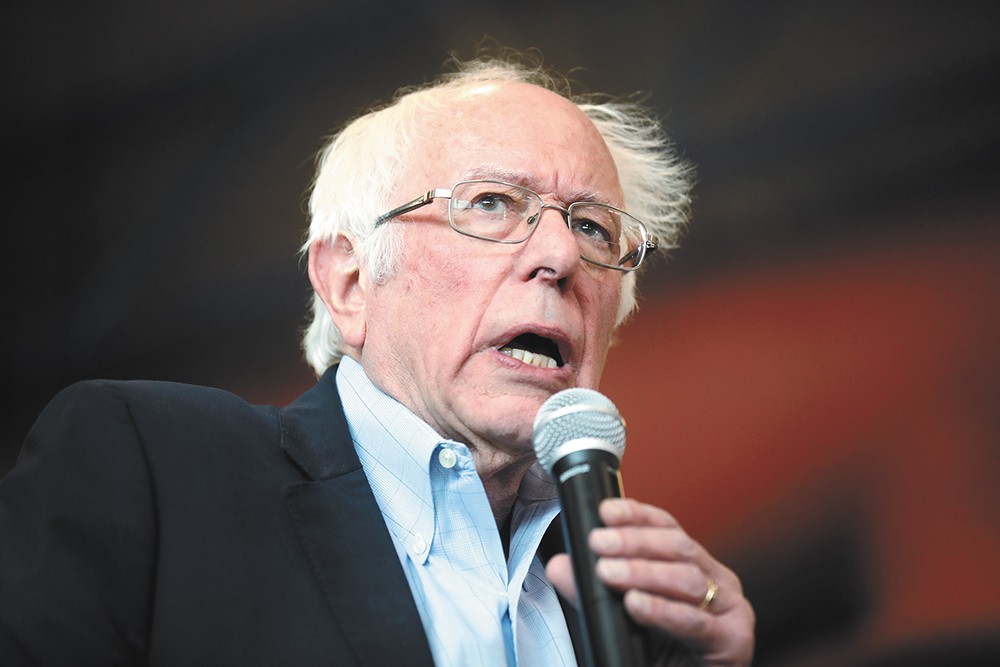 Polls suggest Bernie Sanders may be favored among Washington Democrats.

Go to dozens of other states in the union and Washington voters might be surprised to learn that people often declare their political party on their voter registration.

In Washington, however, voters have long been able to vote for their preferred candidate regardless of party, a tradition that ultimately led to the creation of the top-two primary, where the top-two vote getters advance to the general election, rather than one candidate from each of the two main parties.

But with the presidential primary — which is different than the usual top-two primary — now in full swing, some voters are confused as to why they must declare a party on their ballot before submitting their vote.

"We're getting a lot of people who are just unhappy about having to mark a party affiliation, because Washington voters are pretty independent," Spokane County Auditor Vicky Dalton says. "This election is not about the general public. It's for the benefit of the two major political parties. They are trying to decide who is going to be their candidate for their party on the November ballot, so this is about participating in a party activity. It's not like any other election we have."

Why do you have to declare a party?

The requirement to declare a party didn't come from the state's top elections coordinator, Secretary of State Kim Wyman, but from the parties themselves, Wyman says.

During that first cycle in 1992, Wyman was working for the Republican Party and recalls that people were calling in livid at having to declare a party.

"People lost their minds," Wyman says. "I was called a communist, and they said I was stepping on their constitutional rights."

In 1996, the state added an "unaffiliated" option, allowing voters to mark their preference for a candidate from either major party.

Democrats still did not use the primary to assign delegates, instead using caucuses. Republicans only used the primary results from declared Republican voters to assign half their delegates. And neither party used the "unaffiliated" results to assign any delegates, Wyman says, but voters still liked having the option.

"You saw more than half the people chose the unaffiliated option in 2000, even though they knew it wouldn't count," Wyman says.

With the party oath in place, this year is the first time both Democrats and Republicans will use the results of the Washington primary to assign delegates for their party's nominee.

Still, the lack of an "unaffiliated" option is what led even Wyman to submit her ballot but leave the oath unchecked, meaning her vote will not count if she doesn't follow up with her county elections officer to clarify her party.

"I run elections and don't want people to think I do that for one party only," Wyman says.

Will my party affiliation be public?

Yes, for two months. "We'll prepare a list for the Democrats, and for the Republicans," Wyman says. "Once we do that, and because it is in the state database for 60 days, anyone can do a public records request for that."

How will ballots be counted and will my vote remain secret?

Ballots will be separated into piles based on party. After signature verification and making sure one oath or the other is checked, elections staff will open the ballot envelopes and put the ballots into color-coordinated bins to be counted.

Ballots in the Democratic bins will only be scanned for Democratic votes and likewise for Republicans. If a ballot in either stack is not marked on the corresponding party column, that vote will not count, says Dalton, the Spokane County auditor.

Voters may also choose to declare an oath, sign their ballot envelope, and leave the ballot blank, which will count as an undervote, Dalton says.

For voters concerned their postal worker would throw away a ballot based on party, Wyman says her office is reminding people that destroying mail is a federal crime and not likely to happen. If you're still concerned, you can drop your ballot in an official drop box yourself, and you can always track its status to make sure it was received by logging in at votewa.gov.

How does the vote count now that candidates are dropping out?

Votes will still be tallied for each candidate, but it is up to the parties to decide what they'll do with that information. While Republicans only officially list President Donald Trump on the ballot, many listed on the Democratic side had already dropped out of the race before Super Tuesday, March 3, when 14 states held their primaries.

Of the Democrats listed, only Bernie Sanders, Joe Biden, Elizabeth Warren, Michael Bloomberg, and Tulsi Gabbard were still running as of a week before Washington's March 10 Election Day.

If you already marked your ballot for a candidate who's no longer running and haven't yet turned it in, you may cross out the entire selection and fill in the bubble next to your preferred choice (as described with a visual at the top of your ballot). Ballots must be postmarked by March 10 or left in official drop boxes by 8 pm.

How is the turnout so far?

About 20 percent of the nearly 335,000 registered Spokane County voters had returned their ballots as of Monday, March 2. But the county has already sent out more than 3,100 letters to voters who did not mark a party affiliation on their ballot envelope, Dalton says. Those letters must be answered with a party oath (that matches the vote marked on the ballot inside) for ballots to count, she says.

"Once those letters come back in to us, we have to process them and match them back to the right envelope," Dalton says. "This is a very labor-intensive election." ♦