alk might be cheap, or so the saying goes. But research is showing that with a little adult guidance, young children of all backgrounds might be able talk their way into better academic and social achievement later in life.

"In the last maybe five or so years, there's been a pretty significant advance in research around early language development by using brain-imaging scans," says Allison Wilson, an assistant professor of early childhood education at the University of Montana.

"What we've found is the number of conversational turns, or back-and-forth interactions between children and their adult caregivers, relate to areas in the brain that are really critical for language development. It's a really predictive metric of later childhood outcomes."

Wilson says the number of these conversational turns appears to have "more brain-building power" than factors that were once thought to be more influential — such as exposure to large vocabularies. As it happens, the conversation doesn't even have to involve the spoken word. Children who haven't even learned to talk can be engaged through "gestural back-and-forth communications — a smile, a mimic or a laugh."

Inspired by the growing body of research on this subject, Wilson developed the Everyday Language & Learning Opportunities public engagement campaign, or ELLO. It's based on another acronymed framework known as QRST+, which stands for Question, Repeat, Stretch and then Talk a bit more.

During a QRST+ interaction, an adult might ask a child an open-ended question — that is, one that can't be answered with a simple yes or no. The adult would then repeat the child's answer back to them, followed by some additional questions and discussion that explore things further. It's a template that helps guide the kinds of conversations that are proving to be so beneficial.

"The ELLO project started around six years ago now, always with the overarching goal of increasing the number of quality, language-rich interactions between caregivers and young children. The way that we have approached that has been to find a way to connect with families through familiar home routines and community spaces that they're already accessing — things like going to the grocery store, doing laundry, riding public transit or having a meal together," she says. 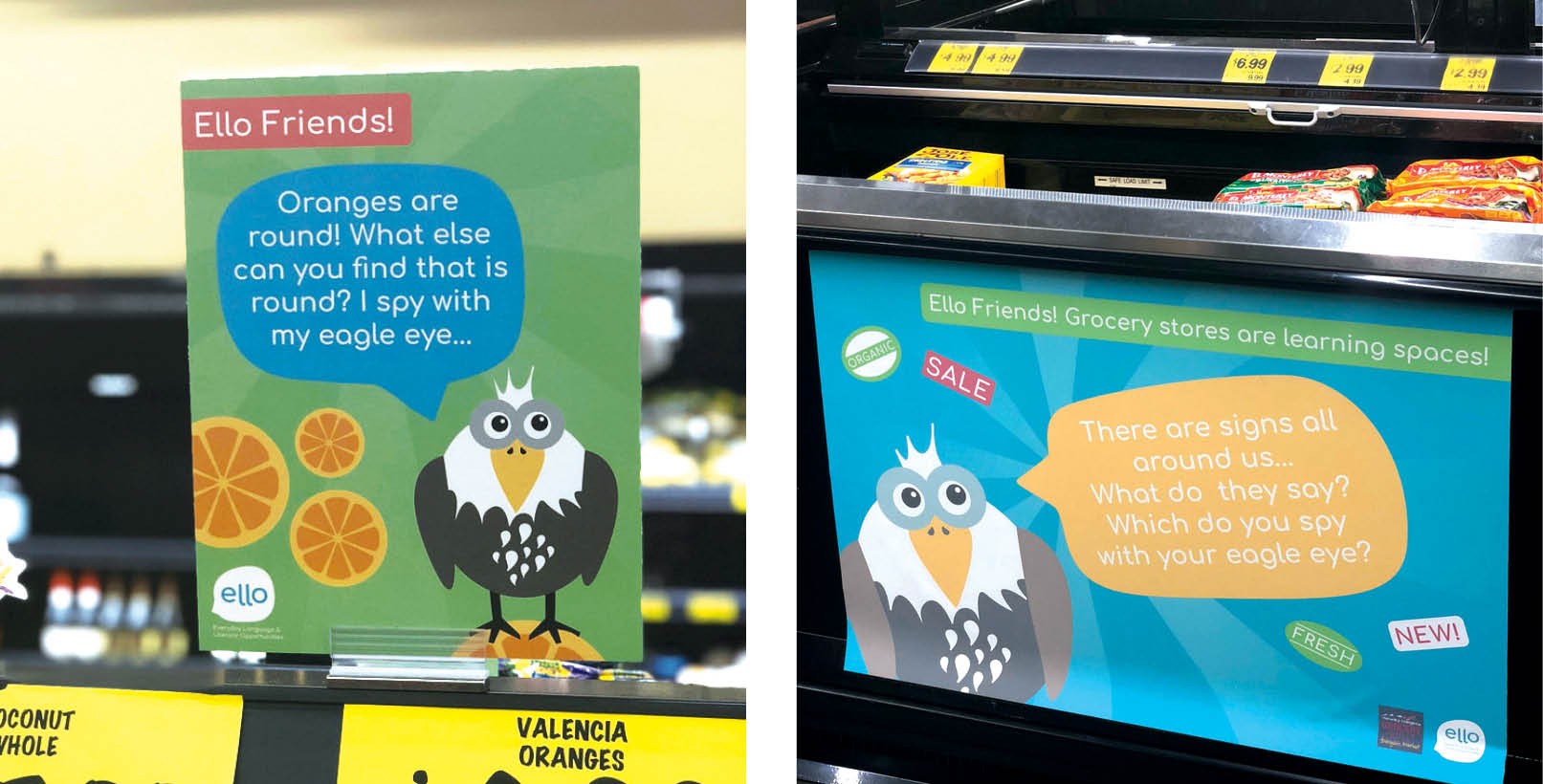 hat last point was key. Wilson didn't want the campaign to force parents and other adult caregivers who were already busy to have to connect with additional services. Instead, ELLO was intended to become something they could incorporate into their everyday routines and, equally importantly, in their native tongues, including Marshallese and Salish.

With that in mind, ELLO intentionally placed "conversation starter" signage that was designed to prompt QRST+ interactions among families wherever they happened to be, whether it was at the bus stop or the library. That naturally led to community partnerships with organizations like the Spokane Transit Authority and the Spokane County Library District.

"We worked with ELLO to design an outdoor learning trail that we have at three of our libraries: Moran Prairie, Otis Orchards and Deer Park," says Mary Ellen Braks, a public services manager at Spokane County Library District. The district also secured a grant that was used to develop the ELLO website, where families can browse and download ELLO materials like conversation cards and coloring pages for free.

"I loved that this had a community connection. We were hoping that people would start to recognize the ELLO characters. They'd start to see these images around them, and that would inspire conversation between the adult and the child," she adds.

Since its inception, ELLO has evolved to incorporate early math skills as well. That doesn't just mean basic addition or subtraction but also concepts like classifying things or estimating an amount.

"There's been newer and more updated research showing that early math knowledge strongly predicts later math experience, obviously, but early math can also predict later reading achievement even better than actual early reading skills, which is really interesting," says Wilson. "What our work has done is to really try and combine this understanding of the importance of early language interaction and add this extra layer of being really intentional around early math vocabulary embedded into those interactions."

COVID-19 limited the public signage that ELLO has set out in recent months and compelled the project to rely more heavily on the mail and its website to distribute its materials. The 90-day period from November 2020 to January brought over 900 visits to the ELLO website. But Wilson says ELLO is already working on offering more mobile displays that can be transported to even more places like playgrounds, farmers markets and food banks.

"Lots of times parents think they need to have all kinds of stuff to be able to educate their child," says Braks. "But really, ELLO shows that all it takes is a conversation. You can do that with your child by your side as you're sorting the laundry or putting dinner on the table. You can incorporate all this into your everyday moments."