Both a church and a café, the Gathering House helps people coming out of poverty 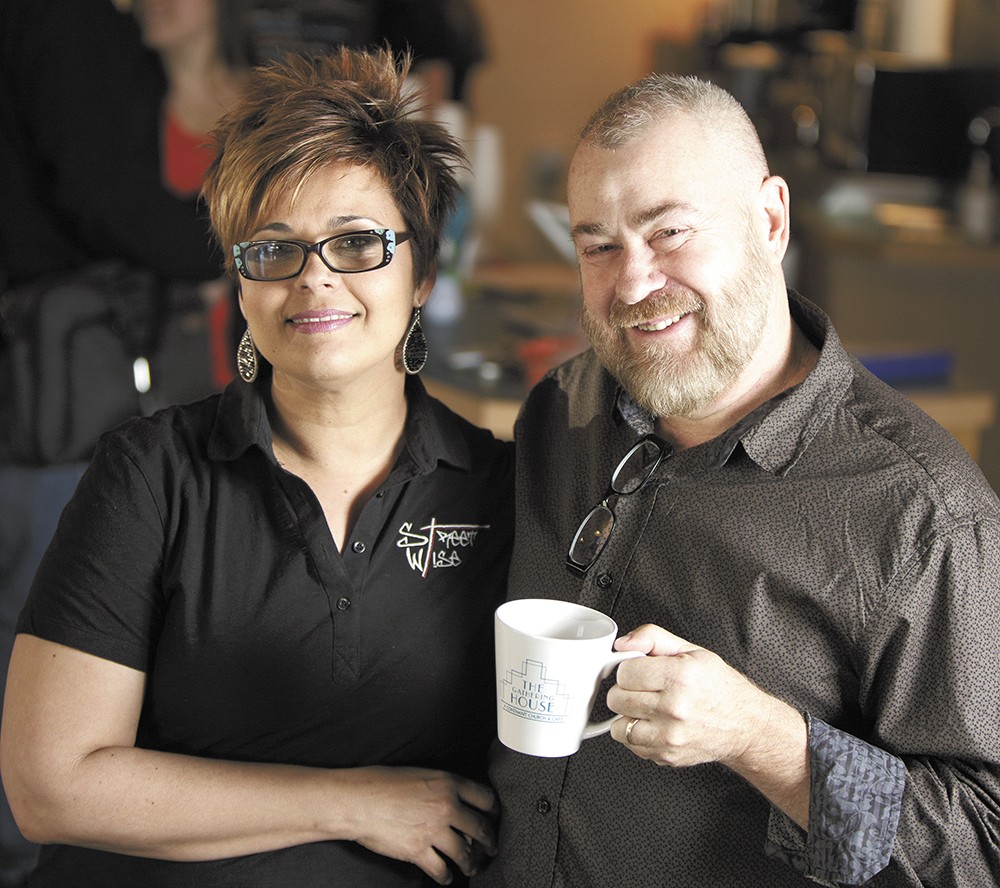 to hearing the F-word in his church.

"And I don't mean 'forgiveness,'" he says, laughing.

Rob sits on a couch drinking coffee with his wife, Tonia, at the new location of their church, the Gathering House. Inside their space on Garland across from Mary Lou's Milk Bottle, they transformed the building that previously housed the SK Market into their church on Sundays and a coffee shop during the week that provides job training for people transitioning out of poverty.

The couple first started working with the homeless about six years ago when their church, then named First Covenant Church, was located in a downtown brick building kitty-corner from Dick's Hamburgers.

After two years pastoring the church, Rob felt the group wasn't effectively reaching the people in the surrounding neighborhood.

"[We thought], let's just get to know our neighbors," he says. "Well, our neighbors were homeless people, drug addicts, prostitutes and mentally ill. So we invited them in on a Monday night once in 2009 to watch Monday Night Football with us and get a free meal. We made chili and cornbread and sat around, and during commercials I gave away hats and coats and gloves for Trivial Pursuit questions. We had a blast."

That first night, 35 people came. Within a month, 150 people were coming to the weekly meal.

"They trusted us, so after a while of eating meals they started coming to church," says Rob. "We literally had board meetings where we had discussions, 'How drunk can someone be and still attend a church service?'" 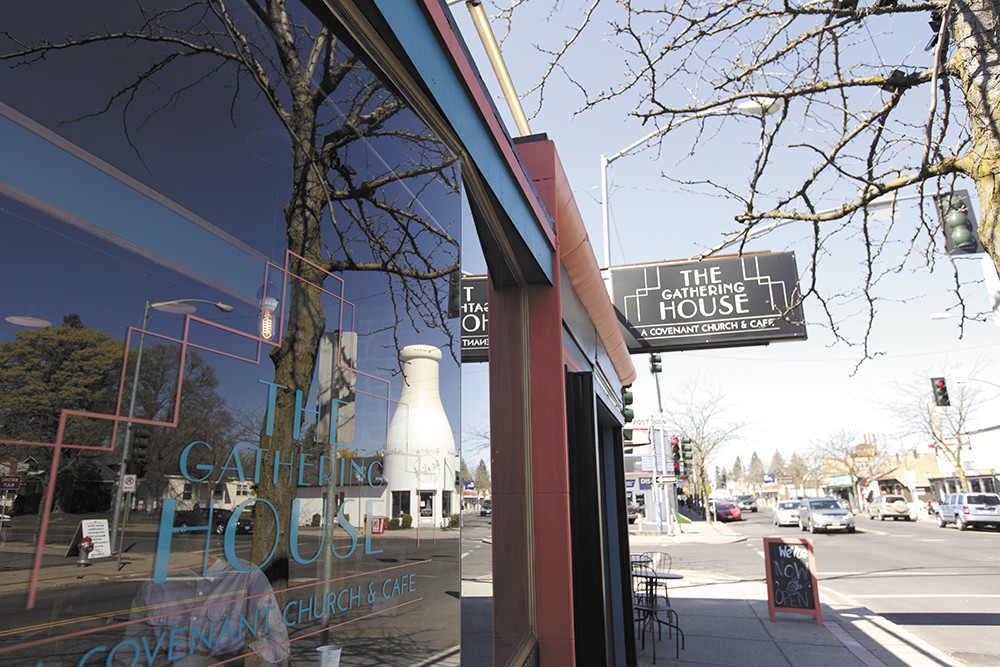 The Gathering House cafe offers training and employment to help

For four and a half years, the church continued to serve the meal and Rob joined the Spokane Homeless Coalition (he's currently its chairman) to learn about the homeless population. But by 2013, the church was going broke.

Because their congregation consisted mostly of the homeless, the money going into the offering plate wasn't making ends meet. At the last moment before it closed down, Mars Hill Church offered to buy the building. Although that megachurch disbanded shortly after amid scandal, Redemption Church Spokane stepped in to make the purchase.

With that money and with help from Catholic Charities and other local faith organizations, the Brycesons found a new home for their church in the Garland District and began renovating it in July in time for their first service on Easter Sunday. They exposed the original shiplap and iron beams, repurposed their old pews into café tables and parts of the stage, set the espresso machine on what used to be the church pulpit and decorated the space in 1940s fashion, when the hot colors were teal and salmon.

Rob and Tonia decided to create the job-training coffee shop after considering some numbers. At their old location, they fed 150 homeless people every week. About 40 came to church. And eight to 10 got serious about getting their life back, says Rob.

"What if we built a different model?" he says. "What if instead of feeding the 150, we positioned ourselves to really help the eight to 10? What if we just basically moved our little church and its efforts to the other end of the funnel?"

Monday through Saturday, the Gathering House is a coffee shop, neighborhood hangout and occasional concert venue. Seven employees coming out of transitional programs serve coffee roasted by Tom Sawyer Country Coffee, along with scones, muffins and cookies from New Leaf Bakery, a job-training program for women. Rob says in the future they plan to add lunch, a farmers market in the back parking lot and life skills classes for the workers.

Steven McGloflin is just two weeks away from graduating from his program at Dream Center. A struggle with drug addiction brought him to the center's discipleship program, and he says it's given him a new start at life.

"[The Gathering House is] the whole reason I'm doing better," says McGloflin. "I've tried everything else, like Narcotics Anonymous, and the only thing that worked was God."

Working at the Gathering House he says has helped him build confidence and experience to pursue his plans that include getting his driver's license and going back to school.

"I'm on the right track again and I'm glad, because Rob and Tonia are helping me with that," he says. "I'm just glad I have this to transfer out into life and society again."♦