Will changing conditions in Lake Coeur d'Alene stir up its toxic history? 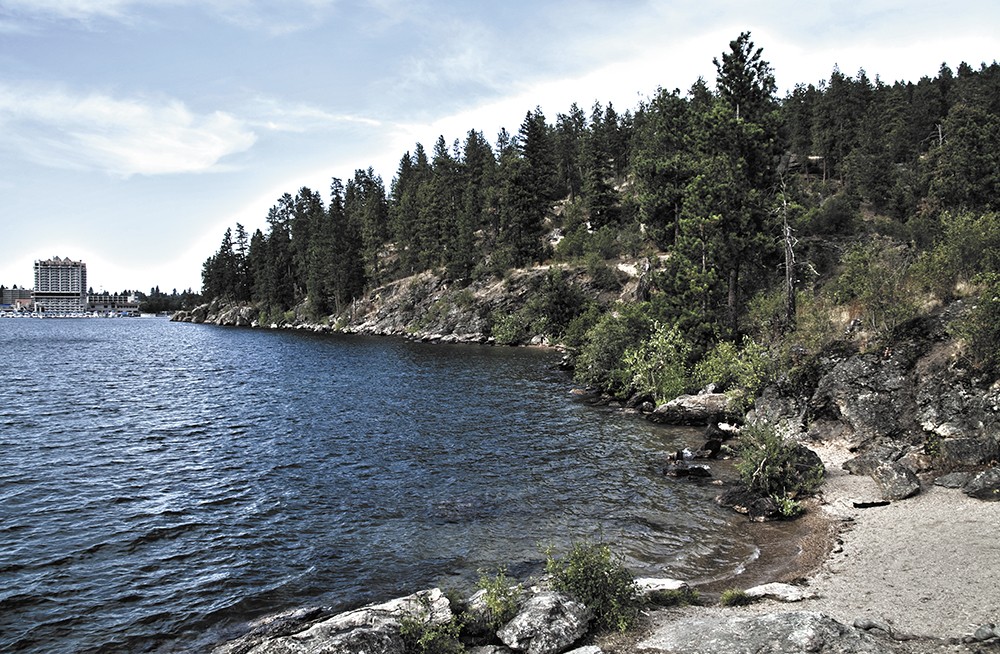 Despite the region’s polluted history, Lake Coeur d’Alene is a major tourist draw.

stands at the bottom of Tubbs Hill in Coeur d'Alene. The surface waters are clear, she explains, but deep beneath them are the remnants of a prosperous, toxic and bygone era of North Idaho that she and others worry could threaten the area's future.

At the bottom of the lake are 75 million tons of sediment contaminated with lead, cadmium and arsenic — all harmful to people and fish. The sediment steadily washed in from the nearby Silver Valley for more than a century before mining tapered off in the 1980s and '90s as a result of environmental and public health concerns.

The toxic metals have remained under a layer of dissolved oxygen that's kept them at bottom of the lake, away from humans and fish. But Cronebaugh points to recent government studies suggesting that the layer of dissolved oxygen is deteriorating and could create conditions where these harmful metals are released. "Tubbs Hill is the main indicator for me," says Cronebaugh, who notes that a monitor here has recorded trends that she finds concerning.

"For the people of this community, if water quality is declining intensely around Tubbs Hill, it's going to be a big problem for the economy of the area," says Cronebaugh, who adds that the worst-case scenario is that the metals reach the region's sole source of drinking water. "That means no going to the beach, that means your dog can't swim at Tubbs Hill. I don't know how much fishermen will want to be out there."

Cronebaugh says that the time to act is now. Kootenai County commissioners, the elected body closest to the lake, don't share her sense of urgency. State scientists also say there's no imminent danger.

"I'm just not convinced one way or another," says Dan Green, who chairs the county board of commissioners, adding, "If you can't agree on the findings, it's hard to move forward on a plan to correct it."

The long and still ongoing process of cleaning up the pollution left by the mines of North Idaho began in 1983, when the U.S. Environmental Protection Agency added the Bunker Hill Mine and Smelting Complex to its National Priorities List of contaminated sites. The project grew into a 24-square-mile Superfund site that was intended to clean up the remains of outdated mining and milling methods that left polluted soil and floodplains, as well as blood lead levels in children that were some of the highest in the nation.

Despite the presence of millions of tons of toxic sediment in its bed, placing Lake Coeur d'Alene, a driver of tourism in the area, in the Superfund area was politically unfeasible, says Cronebaugh, and it was left out. Instead, it was placed under a Lake Management Plan in 2009. Under a Superfund agreement, the EPA can direct polluters to clean up and pay for environmental damage. But the LMP doesn't have any new regulatory authority. Instead, it's a collaborative effort run by the Idaho Department of Environmental Quality and the Coeur d'Alene Tribe that monitors the lake's water quality, conducts public outreach and coordinates existing programs.

Craig Cooper, a lake scientist for the Idaho DEQ who works on the LMP, says that while the most recent report based on monitoring data doesn't show an increase in toxic metals flowing into the lake, it does point to other potentially looming problems.

"We are not at an imminent danger point," says Cooper of the data. "It means there is an undesirable point that we could reach if we don't act now."

Specifically, he says that two monitoring locations, one near Tubbs Hill and another near University Point, have recorded steadily declining oxygen levels at the bottom of the lake over the past 25 years. The report, based on monitoring data, shows they've reached zero during the summer.

While Cooper says that the relationship between oxygen levels and metals is complex, he points to another trend in the lake that could negatively affect its chemistry. Over the past 25 years, phosphorus has been increasing in the lake. Phosphorus, explains Cooper, is a nonmetallic element that helps plants grow in the lake. When the plants inevitably die, they fall to the bottom and consume oxygen as they decompose. 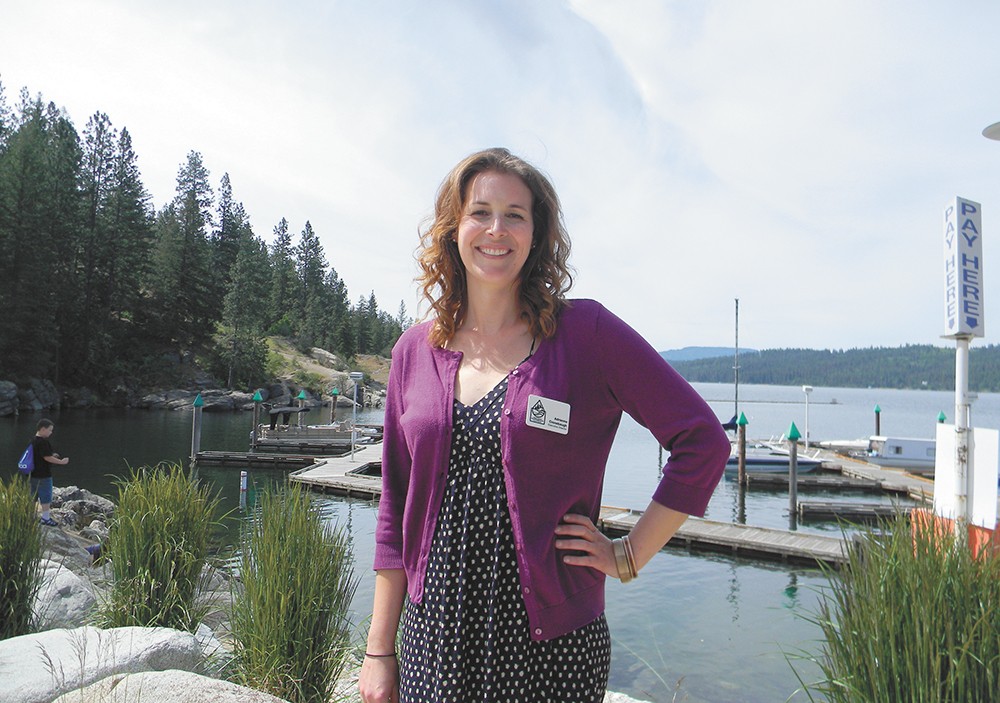 Kootenai County Commissioner Marc Eberlein is skeptical. He says that much of the science being used by the LMP is still in its infancy, and the relationship between the toxic metals at the bottom of the lake and layer of oxygen is an "unproven theory." He says there are rotting logs at the bottom of a monitoring site where the amount of oxygen is being recorded. Eberlein also says that fish populations are healthy, and that most of the measurements of phosphorus, toxic metals and oxygen in the lake used by scientists are at the parts-per-billion level.

The Spokane River flows out of Lake Coeur d'Alene and into the Spokane Valley-Rathdrum Prairie Aquifer, which provides drinking water to Spokane and Kootenai counties. According to Brook Beeler, spokeswoman for the Washington State Department of Ecology, there is no indication, so far, that any toxic metals have crossed into Washington or into the aquifer.

"There is a tendency for people to think that it's the job of the agencies or lakeshore owners, but it takes everyone being a land steward," she says.

Cronebaugh says that a big part of the solution is simple: plant trees. She says that logging roads contribute to erosion and increased phosphorus runoff into the lake. These roads, she says, should be decommissioned and have trees planted over them. She also says that boats rushing up and down rivers and exceeding speed limits send out waves that wash against the shore and cause more phosphorus to leach into the water.

The county requires a 25-foot buffer of vegetation on lakefront property. Buffers such as these, she says, absorb phosphorus used to fertilize a homeowner's lawn before it runs into the lake. She'd like to see the buffer requirement expanded, but points to an LMP document showing it's already rarely enforced.

Eberlein says that decommissioning logging roads could make fighting fires harder. Without these roads, he says, forest fires could burn more trees and lead to even more phosphorus runoff. He also points to data showing that lakefront properties account for a "drop in the bucket" when it comes to phosphorus runoff, and that most of it comes from the St. Joe and Coeur d'Alene rivers.

But LMP coordinator Jamie Brunner points out that unless a pollutant is coming directly from a pipe, it's hard to trace where and in what quantity it's coming from. Brunner says that the next steps for the plan include studying the sources of phosphorus leaching into the lake.

Cronebaugh says that increased phosphorus is already causing algae blooms that could further reduce oxygen levels in the lake.

"It's just a matter of when will it happen to the lake as a whole," she says.

are often unfairly blamed for pushing regulations that end up reducing property values. Instead, she says she wants to preserve property values. She points to a University of Idaho study finding that property values will decrease if the lake's water quality deteriorates.

However, she notes that she is likely facing an uphill battle.

"'Mandatory' is not a word people like," she says. "But at what point are we concerned about our most valuable economic and natural resource?" ♦