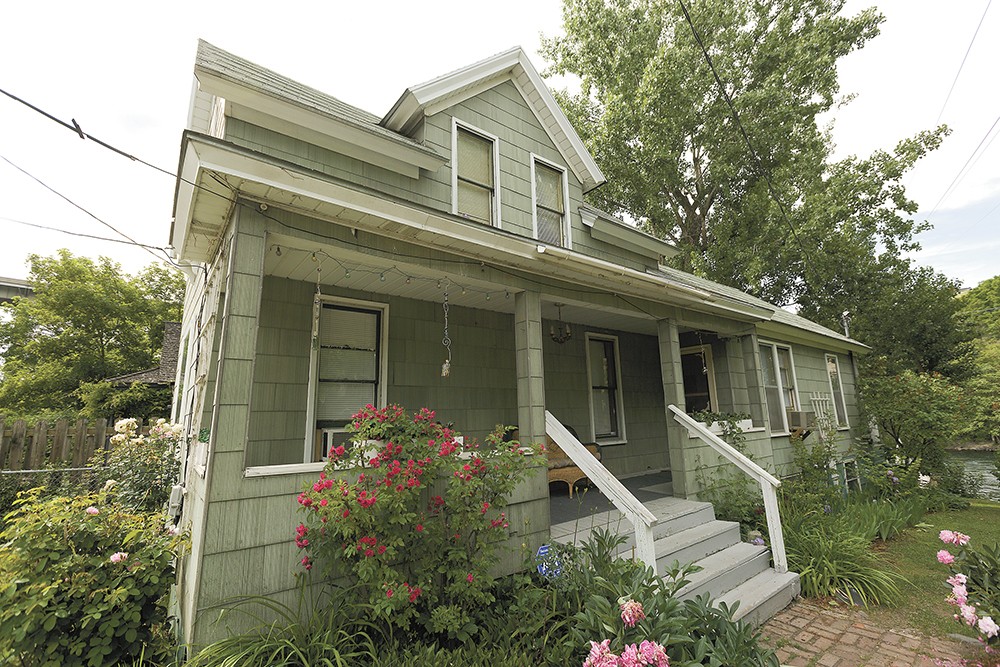 Young Kwak
Benny and Joon's house can be rented via Airbnb.

The first film shot in Spokane was Fool's Gold,

a 1919 silent melodrama that turned out to be the only feature ever produced by the short-lived Washington Motion Picture Corp.

Since then, Spokane has played temporary home to plenty of movie stars. Matthew Modine in Vision Quest. Peter Coyote and Karen Allen in The Basket. Samuel L. Jackson and Jessica Biel in Home of the Brave. Chuck Norris in The Cutter. Cuba Gooding Jr. in... a lot of things.

But certainly Benny & Joon remains the most famous and beloved of Spokane-shot films, not least because the film opening this year's Spokane International Film Festival features a pre-Ed Wood Johnny Depp cavorting around some of these distinct Inland Northwest locations.

The titular characters live in a house in the Peaceful Valley neighborhood, on the corner of Cedar and Water with the Maple Street Bridge looming above it. Although some of the interiors were shot on a soundstage constructed behind the house, its exteriors feature prominently in the movie, so much so that its current owners have turned the two-bedroom home into an Airbnb and have decorated it in ways the movie's characters might have.

The site of Benny's auto repair shop, one of the first locations seen in the film, is still in operation as Hillyard Tire Center.

Benny's coworker Eric (Oliver Platt) lives in a small house on the 2100 block of E. Springfield, and a shot from his front porch, with the dilapidated grain silos towering in the background, is one of the most eye-catching in the movie.

Through movie magic, two beloved Garland neighborhood restaurants become one. The exteriors of the diner that the film's characters frequent are of Mary Lou's Milk Bottle, with its locally famous plaster-and-stucco bottle shape. The interiors, meanwhile, are of the neighboring Ferguson's Cafe, also featured in Vision Quest, whose lunch counter hosts Depp's Chaplin-inspired dinner roll dance. Both properties were extensively damaged in a 2011 fire but reopened the following year.

One of the joys of Benny & Joon is the sheer physicality of Depp's performance, informed by the deadpan dexterity of silent-screen comedians. The dinner roll scene may be the film's most well-known, but the best showcase for his work is his impromptu mime performance on a walkway in Riverfront Park, overlooking the clocktower.

The tape rental shop where Sam gets a job late in the film is located in the old Minnesota Building downtown. The building is still standing and is now a salon and spa. Wish we had the same good news about video stores in general.

The diner waitress played by Julianne Moore, who eventually becomes Benny's girlfriend, lives in a lower South Hill apartment building with a columned facade and street-facing balconies. It still looks like it did in 1993.

When Joon has a mental breakdown, she briefly ends up in a mental institution, and Sam tries to break her out. It's now a retirement community called the Academy, located in a quiet neighborhood near Mission Park.