Better to Give than Receive

Patty Duke is finding that age brings wisdom, and she receives by giving 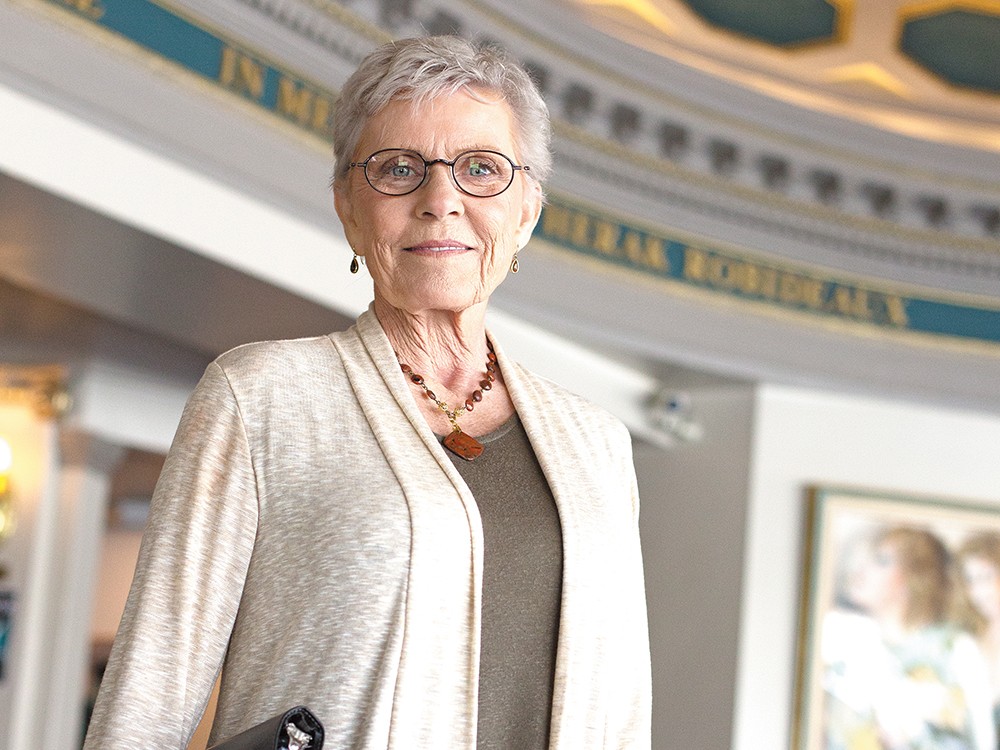 Patty Duke has had her share of pivotal life moments. As a child actor in the 1950s, she starred in The Miracle Worker, the Broadway production of Helen Keller’s life that would bring Duke widespread fame and eventually an Academy Award as a teenager. By the mid-1960s, still in her teens, she had netted her own TV series, The Patty Duke Show, and broken free of her unsavory managers, Ethel and John Ross. In 1982, after a long period of behavior that fed tabloid salaciousness and speculation, Duke was diagnosed with bipolar disorder; she was one of the first celebrities to go public about the illness.

Now 66 years old, Duke — who introduces herself as “Anna,” her given name, not the marquee-friendly sobriquet the Rosses foisted upon her — is going through another period of reckoning. Like all of us, she is aging. Her child stardom and legendary Hollywood roles belong to another century. And so she increasingly finds herself reflecting on her mortality, her legacy, and making the forthcoming years productive ones.

“When you reach a certain age, the jobs slow down, the tabloids print bizarre pictures of your aging process,” Duke says. “I was waiting for somebody to come to me and say, ‘Oh, Patty Duke! Now you can play old ladies. Here, you can have lots of parts.’ ”

But those parts didn’t materialize as quickly as she had hoped. To combat that dispiriting “slump,” she started taking steps toward “reviving the physical and emotional energy” of her youth — whether that means tap dancing with friends, taking acting gigs in Hawaii, or finding ways to benefit the local community.

By collaborating with Laura Little, a producer she calls “a next-door, over-the-fence neighbor” at her Idaho home, Duke has found a worthy cause and a worthy vehicle to boot.

“We started thinking months ago about doing something for any one of the theaters in the area,” she says, “but we were drawn to The Bing Crosby Theatre. I personally want to celebrate the elegance of this theater. And the play Laura has found has that elegance.”

That play is The Giver, an adaptation of the award-winning novel by Lois Lowry. Set in a dystopian world, the book portrays a society that has eliminated conflict by abolishing emotion and free will through a process called Sameness. A lone boy, Jonas, has been chosen to be the living historical repository known as the Receiver of Memory; he inherits ancient stories of the time before Sameness from his predecessor, who has now become the Giver. Ignorance, Jonas soon comes to find, is not necessarily bliss.

“In my later years, I’ve learned not to speak for the rest of the world, but it’s a cautionary tale to me,” Duke says. “One of my questions at the beginning of the play was why this community has chosen this Sameness. I interpret it as safety. If you don’t take any risks, everything can go along very nicely and you can have a very pleasant life. I want a pleasant life, but I also want to experience stuff,” she says, with a growl of emphasis on the last two words. “Sameness, I think, will indeed lead to complacency and depression. What Lois Lowry has done is challenged every reader to want to wonder.”

Duke will play the title role — a unique twist, since Lowry wrote her Giver as male. Also unique is that this production is a reading instead of a conventional staging with costumes and props.

“From the performer’s point of view, a reading is tougher, because you’re trying to hold the audience’s focus, and they’re basically looking at a sitting person,” says Duke. “But it’s still a human exchange experience. They (the audience) get to use their imaginations [and] put their spin on things that we might miss.”

The cast of teens and pre-teens — which includes the role of Jonas as the Receiver — has been drawn from the local talent pool. With genuine admiration, Duke describes them all as “instinctively wonderful.” Spokane-based Renaissance man Patrick Treadway, a familiar face to the Interplayers stage, will direct.

Ultimately, however, the Bing won’t be the only beneficiary of The Giver. Duke herself is already starting to discover the abstract gratification she was in search of, such as having the opportunity to mentor the young cast members. In that sense, her role as Giver goes beyond the script..

“I hope I can inspire them to go a little deeper,” she says. “It’s probably the old lady in me that says, ‘I must pass on something.’ It has to do with what I’m leaving behind. To my grandchildren, my children, or someone I’ve never even met.”