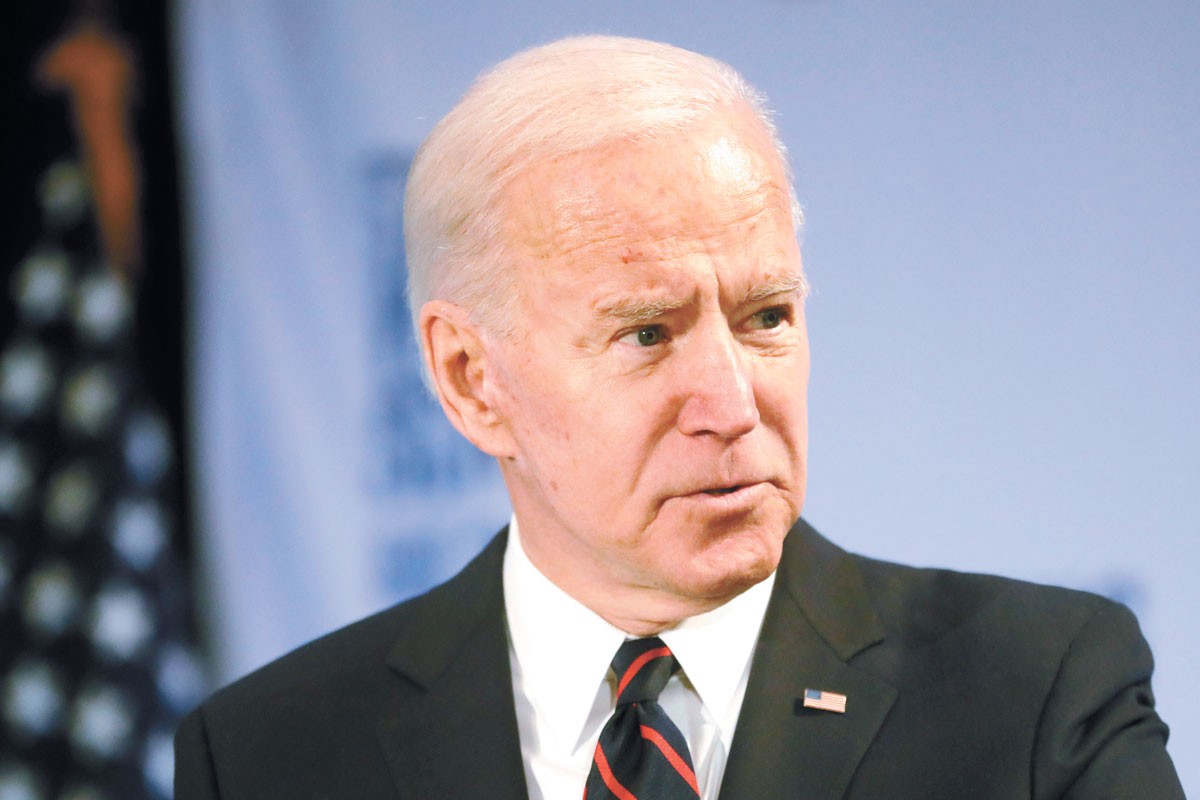 Gage Skidmore photo
Joe Biden has an opportunity to rebuild better than before.

In early 2017, not long after President Donald J. Trump moved into the White House, his chief advisor, Steve Bannon, said that the administration's aim was the "deconstruction of the administrative state." A charitable listener might have heard a run-of-the-mill libertarian goal, to downsize the bloated government in order to make room for personal liberties.

It has since become clear that Trump cared more about freedom for government and corporations — and for that matter, COVID-19 — to run rampant.

Perhaps nowhere was Trump's approach more thorough than when it comes to the Earth. He removed limits on mercury and methane emissions, incapacitated the Clean Water Act and gutted protections for the Tongass National Forest in Alaska, to name just a few of nearly 100 rollbacks. All purportedly to help the economy, achieve "energy dominance" on public lands and make him look good — energy-efficient light bulbs, he said, "make you look orange."

President-elect Joseph R. Biden has indicated that he'll quickly roll back the rollbacks as soon as he's inaugurated. Yet a reset is not enough. In fact, many of the rules didn't cut it under President Barack Obama, and though Obama tried to fix many of them, his efforts often fell short. Here are a few examples of policies and rules that Trump obliterated, and that Biden — hopefully with Congress's help — could now rebuild, making them better and stronger than before.

CLEAN POWER PLAN: President Obama's plan mandated a cut in power sector carbon emissions by 32 percent from 2005 levels by 2030, which essentially would have forced coal out of the energy mix while leaving room for natural gas. Before it went into effect, Trump gutted the plan, though it was hardly necessary: Economics forced coal plant retirements after Trump's election, coal mining jobs continued to wane and emissions dropped even more than the Obama plan would have required. The plan was obsolete before it was finalized.

Biden's plan must include more ambitious emissions cuts and, equally as important, provide for a just transition for workers and communities that will be abandoned by the fossil fuel industries.

OIL AND GAS DEVELOPMENT: Trump rolled over the environment by rolling back rules for fracking, stocking the Interior Department with industry insiders, ramming through approvals of pipelines built by his multi-million-dollar donors, and by slashing royalties paid by oil companies.

Yet Obama's policies were equally friendly to energy development. His administration leased out 2 million more acres of public land to oil and gas companies during his first term than Trump and oversaw a drilling boom of unprecedented magnitude. Biden needs not only to roll back the rollbacks, but also to overhaul the leasing process to shift power away from corporate boardrooms and back into public hands, and increase oil and gas royalty payments across the board to give American taxpayers a fair shake.

BEARS EARS NATIONAL MONUMENT: In 2015, the Navajo Nation, Ute Mountain Ute, Hopi and Zuni tribes asked Obama to designate as a national monument 1.9 million acres of public land in southeastern Utah, with tribal representatives having a major management role. When Obama established the monument, it was 600,000 acres smaller than the proposal, and the tribal role was reduced to an advisory one. Trump slashed the monument by 85 percent and rammed through a shoddy management plan for what remained, further diminishing the tribal role.

Biden should restore the monument, giving the tribal nations an equal role in determining new boundaries and creating a strong management plan.

That's only the beginning. Biden will also have to restore another 80 or more regulations, redirect agencies that have been steered off-course, invalidate the lease sale for the Alaska National Wildlife Refuge, bring science back into policymaking, stop the building of the border wall, and clean the house of Trump appointees who are trying to destroy the so-called administrative state from within.

That includes William Perry Pendley — Twitter handle @Sagebrush_Rebel — whom Trump installed as acting director of the Bureau of Land Management in 2019. This September, a judge ruled that Pendley — never approved by Congress — had served unlawfully, and ordered him out of his role. Anticipating Trump, Pendley changed his title and refused to leave, insisting that the law and the court's order "has no impact" on him.

With Trump now taking a similar stance, Biden may be forced to drag two people out of office come January. ♦

Jonathan Thompson is a contributor to Writers on the Range, writersontherange.org, a nonprofit dedicated to spurring lively conversation about the West. This story was originally published at High Country News (hcn.org) on Nov. 24, 2020.