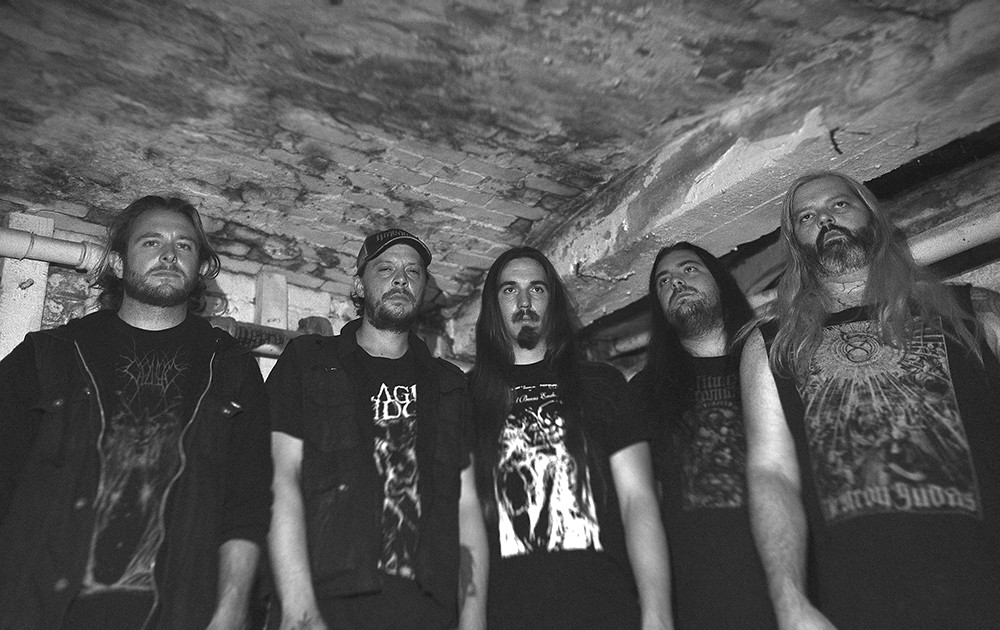 Void Omnia believes that humans are doomed on this planet.

thanks largely to the breakthrough of the San Francisco band Deafheaven, which takes certain elements of the longstanding subgenre — most notably screeching, unintelligible vocals — and juxtaposes them with post-rock's unhurried pace and gorgeous sheets of shoegazey guitars.

Questions of pace will never be a problem for fellow notable Bay Area quintet Void Omnia, which brings its savage attack to Spokane on Monday. Formed among current and former members of well-known metal groups like Tombs, Mutilation Rites, Ulthar and Ruine, the band charges forward at breakneck pace, making liberal use of another black metal staple: the maniacal, machine-gun rhythmic riff known as the blast beat.

Void Omnia started in 2011 when guitarists Mike Jochimsen and Tyler Schroeder began writing music together, and Jamison Kester added his wild-eyed arsenal of deathly howls and demonic growls. The three entered the new project with a clear goal, says Kester.

"The idea was just to create atmospheric black metal, with the intention of bringing our incarnation of the sound to light," he says. "The sound is a wash of noise which creates an atmosphere. We try to construct everything so it melds together."

In 2015, the band added bassist Justin Ennis and drummer Cody Stein, and last January, Void Omnia got to work on its debut album Dying Light. At 35 minutes stretched across just five tracks, it's packed with black metal that soars on grand ambition and great melodic sensibility, but doesn't sacrifice one bit of the raw sonic chaos that makes the genre so cathartic.

Space seems to be a recurring interest for Void Omnia, from the band's name ("the absolute absence of everything," Kester told Occult Black Metal Zine) and celestial sound to Dying Light's otherworldly cover art, a painting by Glenn Schonn that depicts an extraterrestrial creature looking out onto a combustible cosmos. Void Omnia's interstellar obsession is rooted in our existence here on Earth, says Kester.

"Humans are doomed on this planet," he says. "We created that problem for ourselves and will eventually suffer the repercussions. That's not to say the planet isn't naturally purging itself, but we have contributed greatly and will have to explore options elsewhere." ♦