Some FAQs on CBD 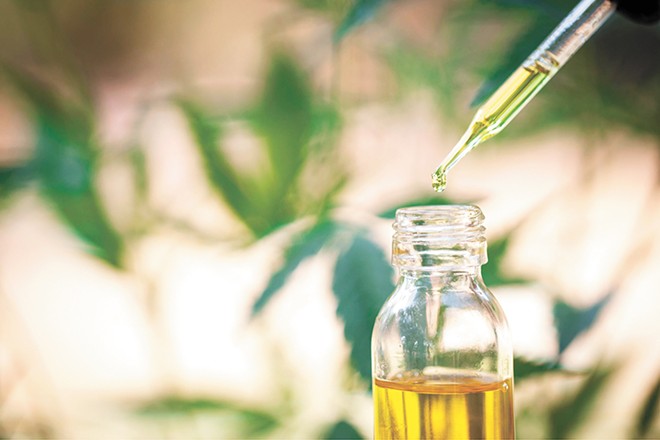 The medical benefits of CBD are still being studied.

Navigating the world of CBD is tricky — mostly because there's not even a map yet. Science has known about cannabidiol since the 1940s, but in the era of reefer madness, scientific studies were rare. It's only been in the past few years that research into CBD has really ramped up, but even now, studies remain hamstrung by its murky legal status. The 2018 Farm Bill legalized the production of hemp — cannabis bred for fiber production rather than the resin that gets you blitzed — and included highly specific provisions to allow the manufacture and sale of hemp-derived CBD products. But in the eyes of the federal government, CBD, like cannabis itself, remains classified as a Schedule I drug.

But clearly, none of this has stopped CBD from growing into a billion-dollar business. So in an attempt to get answers to some really basic questions, we reached out to two experts: Anna Symonds, director of East Fork Cultivars' CBD Certified program in Oregon, and Zoe Sigman, program director for the California-based nonprofit Project CBD.

What do we actually know about CBD's medical benefits?

By the standards of Western medicine, the answer is "very little." As with the cannabis plant itself, years of prohibition have stalled research into CBD's therapeutic properties. But of course, lack of research does not prove a negative.

"What I don't like about the way this is talked about sometimes, especially by people who are dismissive or anti-cannabis or CBD, is that they'll say something like, 'There's no evidence to show,' but what they're really saying is, 'Studies haven't been done yet,'" Symonds says.

But progress is being made. Last year, the U.S. Food and Drug Administration approved Epidiolex, a seizure medication containing cannabidiol as a primary ingredient, and the resulting clinical trials showed CBD as an effective treatment for two rare forms of epilepsy.

What's the difference between the CBD products I get from a licensed retail shop and those at a normal health food store?

In the most basic terms, the stuff you'll find in a dispensary is going to be a full-spectrum product — that is, it contains a broad range of the plant's other natural cannabinoids, including THC and many of the terpenes. Outside a licensed weed store, CBD is derived from hemp and contains, by law, less than 0.3 percent THC by volume.

But the source material isn't the only difference. If you're getting CBD from a dispensary, it will have been tested for potency and purity, as required by the state. But beyond the FDA prohibiting companies from advertising unverified health claims about their products, the hemp-derived CBD market is basically unregulated.

I've tried CBD before and didn't feel anything. Does that mean the stuff I got was bunk?

Could be. But when it comes to experiencing tangible effects from CBD, there are many variables. According to Symonds, the human endocannabinoid system — the biological network of neurotransmitters that allow us to experience the effects of cannabis — is as individual as a fingerprint. While there is a belief that you can "train" your body to become more sensitive to CBD, by taking increasing amounts over a period of time, Symonds says there's not much science yet to fully support that claim.

And then there's the matter of sheer dosage.

"Anecdotally, it seems like people need to consume... like 10-30 milligrams to feel anything at all," Sigman says. "And it's subtle, right? It's not intoxicating, so you're not going to feel high. If you take a lot of it, like a lot a lot, you can feel kind of loose, like you're getting out of a hot tub."

What it ultimately comes down to, says Sigman, is the reason you're taking CBD in the first place. Are you just trying to unwind after a long day? Then you're less likely to feel something than someone taking it specifically to ease pain or combat feelings of anxiousness.