Washington is making some changes to its marijuana laws.

the Washington State Liquor and Cannabis Board has once again revised proposed rules before the medical and recreational marijuana markets align in July.

This batch of revised rules, which follow revisions the board made in January, removes a few requirements and adds more specific language to a handful of proposed rules.

One revision removes the controversial requirement to put bright-green Mr. Yuk stickers on edibles, though the board notes that it will work with the Washington Poison Center to create a new sticker for cannabis-infused products.

Kris Rice, a budtender at Royal's Cannabis, is impartial regarding the revision, as he doesn't think a Mr. Yuk sticker would've affected edible sales.

"People are going to come and get their edibles either way," he says. "I feel like it was more to help keep younger children away who know the Mr. Yuk logo."

Another revision would allow pot shops to accept returned marijuana products with the original packaging, which Rice says they weren't able to do before.

If the revision is adopted, employees will send returned products back to the grower and will be refunded for the loss.

Other revisions would remove the requirement that an employee's birthdate must be on their employee ID badge; remove inventory destruction as a penalty for producers and processors; add language stating that marijuana exposed to or containing unauthorized fertilizers or pesticides would be subject to seizure and destruction; shut down businesses operating without a board-approved marijuana licensed location; and cancel the licenses of businesses that fail to pay penalties for two or more violation notices in a three-year period.

A public hearing on these revisions will be held May 4. The board will be asked to adopt the rules on May 18. If adopted, they will go into effect on June 18.

Rice appreciates that the board is taking community members' comments into account, but says the public hearings should be better publicized.

Nevertheless, he sees them as a positive thing for himself and his industry comrades.

"I feel like it's good for us in the industry to get a little more lax regulations on certain things that were really strict to begin with," he says. "But there definitely needs to be input from both sides — the community and the industry as a whole." ♦ 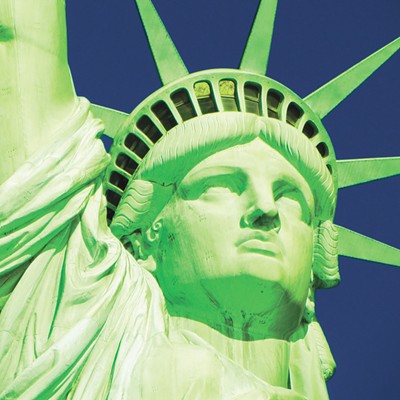