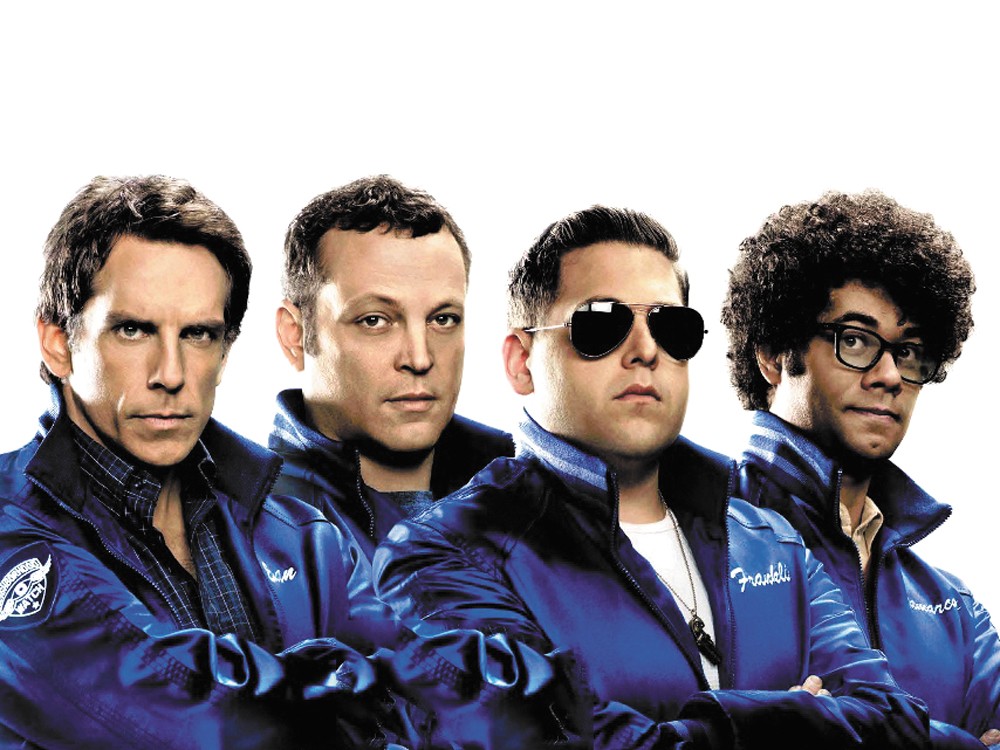 I kept asking myself one thing throughout the duration of this above-average, aliens vs. average Joes comedy: Where are Simon Pegg and Nick Frost? The Watch plays an awful lot like a Ben Stiller-ized version of an as-yet-unrealized project by Edgar Wright (Shaun of the Dead, Hot Fuzz), with precious little of Frost’s super geek charisma and barely enough of Pegg’s trademark conniption fits. It’s not that it’s a bad film; it’s just not a great one, despite its winning premise. (It doesn’t even enter the atmosphere of the planet called awesome that was Attack the Block.)

Playing a married-without-children Costco manager named Evan, Stiller is once again the straight man, a bland model of American success who has a slightly bewildered center and a (not so dark) secret he keeps from his wife Abby (Rosemarie DeWitt). After his store’s night watchman is murdered by persons (or things) unknown, Evan – the kind of uptight guy who forms clubs just so he can join them – organizes a neighborhood watch. Only three other “neighbors” show up, and while they’re pretty broad caricatures, actors Vaughn, Hill, and especially Ayoade ladle on enough goofiness to make them genuinely funny.

Vaughn’s Bob is a parody of suburban masculinity taken to the extreme; Hill’s wannabe cop Franklin is just unhinged enough to be memorably freaky; and Ayoade, as mysterious Jamarcus, needs to be given more roles in American comedies immediately. (Ayoade is already recognized as a comic genius in his native UK and, well, everywhere else via YouTube; see Garth Marenghi’s Darkplace for proof positive.) Stiller, however, is still stuck in boringly earnest Everyman mode, and that’s what trips up The Watch. There’s none of the Dada-istic inventiveness of Zoolander or Tropic Thunder here, and Stiller’s penchant for generating borderline generic, lowest-common-denominator yuks wins out over his sporadic but infinitely more entertaining urge to go totally, wonderfully loopy. If he isn’t careful, he’s going to end up his own personal Zeppo.

The Watch is awfully lightweight, and while it earns its R rating via some comic gore and a whole lot of hyper-sexualized tomfoolery, it’s hardly the best work of anyone involved. That said it’s better than Starsky & Hutch, which, frankly, isn’t saying much at all.