These young runners are homeless. But they won't be left out of the race. 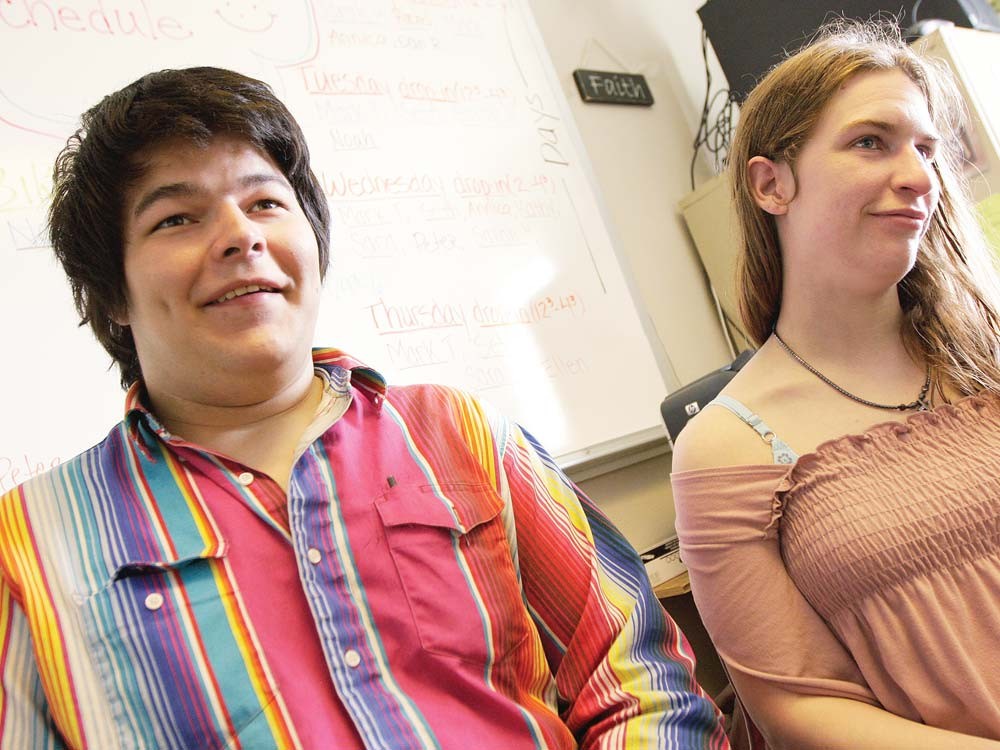 They've slept under Spokane’s bridges and now, sitting in the downtown offices of Cup of Cool Water, a youth ministry, Zachariah Chavez and Chireé Sizemore debate the relative residential advantages of the Monroe Street Bridge versus the one over Maple Street.

They discuss the topic bluntly and lightly. They laugh a bit, but they aren’t joking. They’ve lived under each bridge, shivered in the cold and had their belongings stolen.

And on Sunday, to finish Bloomsday, both plan to race across the same Monroe Street Bridge they once called home. The 12-kilometer race will only be the latest hurdle they’ve had to conquer.

Chavez, 20, says he spent the early years of his life living in a motel in Airway Heights with his mother, who was addicted to meth and heroin.

“I was very traumatized with what happened with my previous life,” Chavez says. “I still love my mom unconditionally, but the stuff’s she’s done is unforgivable.”

Taken away from his parents, he was shuffled around, from foster homes with maybe a few kids to group homes with as many as 40. He’d get in fights, break windows and be forced to leave.

“I was a little devil,” Chavez says. Gradually, at group homes and therapy, he learned to control his temper. He’d play guitar, knit a scarf, crotchet some slippers. But after 16, he aged out of the group home system.

He eventually found Cup of Cool water, a Christian ministry for homeless teens and young adults.

Beginning in 2006, Sarah Hennagin began taking kids in the ministry to Bloomsday. “It’s a beautiful thing to see [the kids] getting excited about something silly like running around the city,” Hennagin says.

“It’s a great place,” Chavez says of Cup of Cool Water. “They teach us to get back up on our feet and keep walking.”

Sizemore is upbeat as she recalls how she ended up here. She was taken away from her mom when she was 3 — her mom’s boyfriend abused her and her sister, and her mom did drugs.

For years, Sizemore lived with her aunt. But in 2005, she moved to Spokane.

“My big dream was to come up here and be with my mom,” Sizemore says. “That was my fairy tale.” Her mom was living with a sex offender, Sizemore says — and it ended in disaster.

Sizemore ran away from home. Soon, she found herself addicted to meth and selling heroin. She’d make $4,000 a day, but she was still homeless. Her money went to meth, beer, food and bodyguards to guard their camp underneath the Maple Street Bridge, she says.

Then, as she says, she got “lucky.” Her heroin supplier got arrested. One of her friends, a tall lanky Texan everyone called “Skeeter,” introduced her to Cup of Cool Water.

Three years ago, Sizemore ran Bloomsday for the first time with Skeeter. “The first year, we promised we’d do it every year with each other,” she says.

But Skeeter died in a construction accident last year. And now a giant display in his honor — including photographs and a big painting of Texas — covers a wall at Cup of Cool Water. And Sizemore’s running Bloomsday in his memory.

And after the race, she helps Cup of Cool Water collect those donated clothes thrown up in trees at the starting line. Last year, she scored a cool Dale Earnhardt hat.

Sizemore’s goal for the race? To finish in less than two hours.

Chavez, meanwhile, jokes that his goal is less than five hours. This is his first time running Bloomsday, but he’s been training since April 1. His workouts are five or six miles — he walks half and runs half. Already, Chavez says proudly, he’s lost 11 pounds.

For both Chavez and Sizemore, the Bloomsday finish line may mark a transition into a sunnier life. Chavez is moving into a cheap apartment, and Sizemore is looking into a shelter before moving to Florida. Staying off meth has been a struggle, but she says she’s been clean since last Thursday.

By Tiffany Harms and Luke Baumgarten

Not a Simple Tee