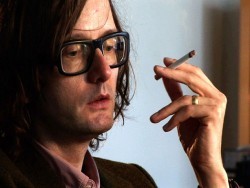 The bonus disc of this new edition comes with a few live versions and some fantastic B-sides: most awesomely, a version of “Disco 2000” featuring Nick Cave on vocals.

Though the extras and “deluxeness” may not justify shelling out 30 bucks, Different Class remains one of the finest and sexiest albums to be released in the last couple of decades. Just don’t let Mr. Cocker anywhere near your girlfriend.