Four decades into his career, Social Distortion's Mike Ness is fighting ignorance one rock anthem at a time 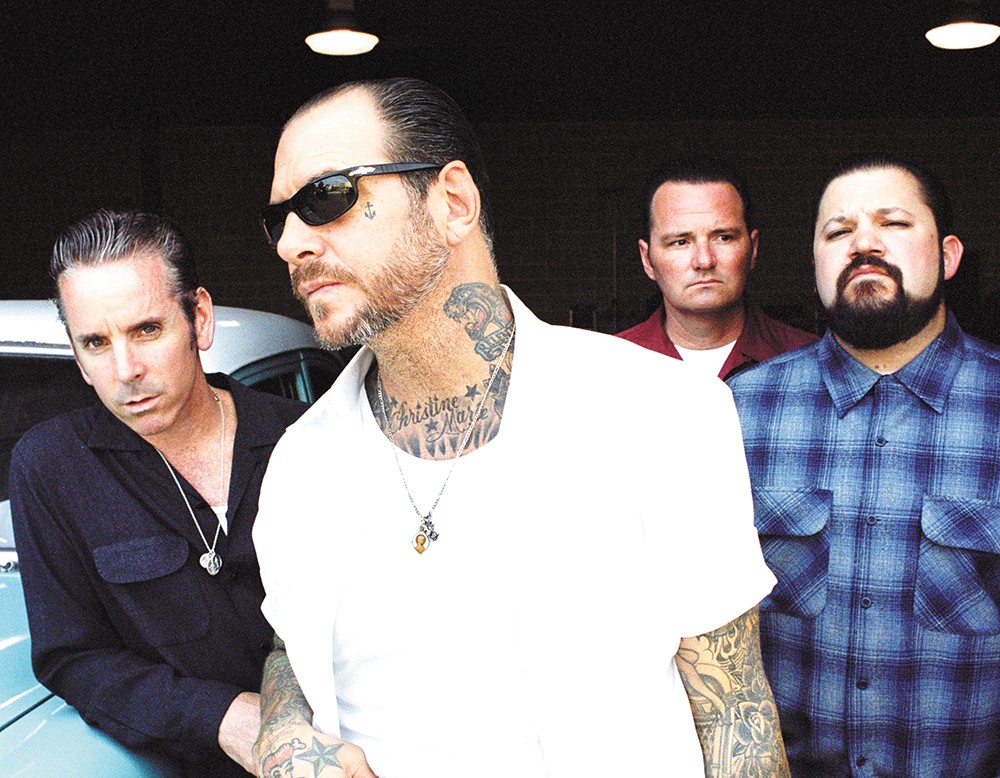 Whatever you imagine happens backstage at a Social Distortion show,

it's likely a little bit wilder than reality.

"At the end of the day, I'm done. I need to get proteins and food right away. I need to put sugars and good fats back into my body after the show," says frontman Mike Ness, who co-founded Social D in 1978.

Bands don't tend to last four decades if they don't figure out how to take care of their bodies on tour — or if they simply choose not to. But Social D has always been such a high-performance road warrior, Ness' post-show routine is not so much a matter of preference, but necessity.

"We're a very physical show," he says. "And I work out befowre the show, so the next day — combined with travel — you're tired, man. You basically spend the whole next day just trying to nourish yourself to feel better ... and slowly get out of the fog and prepare for the next show."

Of course, playing live is just one part of being in a band. There's also writing and recording and releasing albums, something Social D has always done at a relatively leisurely pace. The band's most recent album was Hard Times and Nursery Rhymes in 2011, just its seventh full-length studio release in its nearly 40 years.

But Ness says new music is coming. He's been writing new songs, and the tour that will bring Social D to Spokane on Saturday night was booked in part to try to stoke the creative fires.

"I've been reading and writing, and kind of wrapping my mind around the self-imposed challenge that I've put on myself: that I've got to write the record of my career," he says. "So I've got to raise the bar. That's just something that I put on myself because I don't like to just go, 'Time to put out another record' and go through the motions.

"I mean, yeah, we might have enough songs right now," Ness continues. "But I want to see what can happen over the next six months. Can I outdo this? What direction do I want to go in? What do I want to say?"

For decades, Social D has more or less done one thing and done it very well: buzzy, mid-tempo punk rock laced with a healthy dose of twangy influence and topped with Ness' grizzled but tuneful snarl. The band's 1983 debut, Mommy's Little Monster, pushed Social D beyond the Orange County scene, and they expanded their audience with an MTV hit ("I Was Wrong") in 1996 and a handful of well-chosen country covers (Johnny Cash's "Ring of Fire" in particular) along the way.

In other words, Social D's catalog is more varied than your average SoCal punk act. But unlike many of their contemporaries, Ness and company have never been a particularly politically charged band.

That may be changing. Among Ness' new songs are a couple that are political in nature — "and that's out of my wheelhouse," he says quickly.

"For the past five years or so, I've been feeling a certain responsibility, being a public figure, to stand up for things that I believe in, whether it's animal rights or civil rights," Ness says. "I'm not trying to push anyone left or right, I'm trying to just get people to think. So I find myself listening to narrators, 'cause that's what I want: I want to kind of be the narrator of the song."

Anyone who's ever been to a Social D show knows the band appeals to a wide swath of people who no doubt span the entire political spectrum. Ness isn't interested in pissing off one side or the other. His enemy? Ignorance.

"I believe that the average American is uninformed," he says. "And if you can get them to open their mind to that — that maybe they're not as much in the know as they thought they were — man, great things can happen."

Ness says he has started slowly, urging his audiences to turn off TV news and to instead listen to NPR and see "alternative films." He's telling them it's "patriotic to question things." He thinks he's been effective so far. "I don't think (it'd work) if I just went up there and tore apart Trump and his staff," he says.

Ultimately, Ness is unlikely to start pumping out overtly agit-punk anthems any time soon. It's just not his style. But by writing songs that speak to his perspective on current times, he seems to have discovered a creative vein that he believes is rich with promise.

"White Light, White Heat got a little bit more attention (than some other records) because I had a lot of stuff going on in my life at the time. It's a good example of a record (where) the songs are just a little deeper and a little bit more personal and more honest and more vulnerable," he says. "I think that I'm there again." ♦