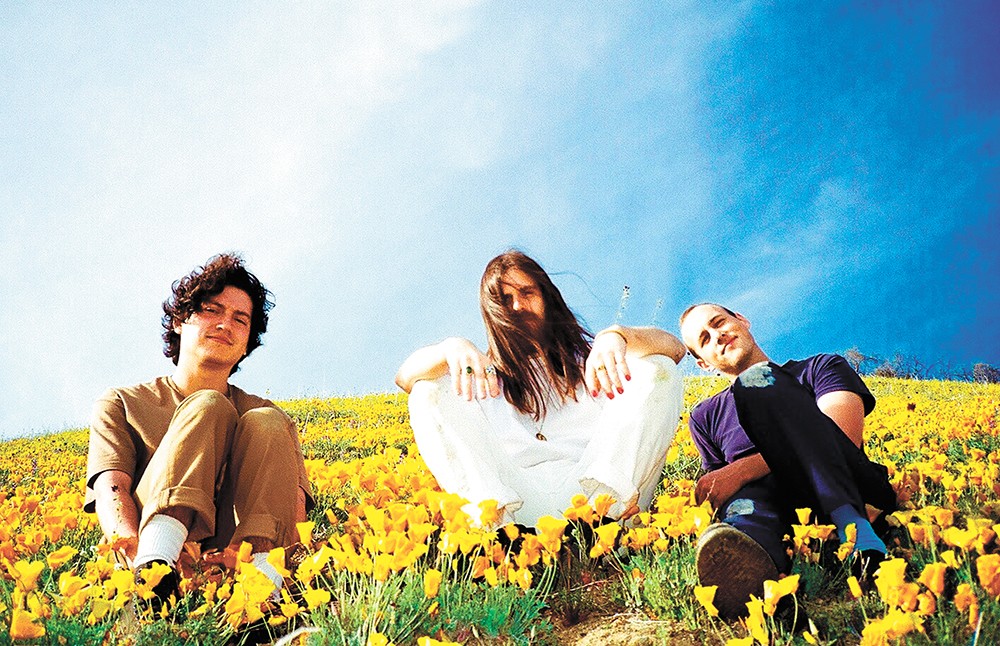 Chad Ubovich has an extensive and esoteric explanation

ready to roll for when people ask him why the new Meatbodies album is named Alice.

"Alice is not really intended to be a person or an allusion to a fictional character, but just kind of this representation of a kind of pagan view of Mother Earth, and how the world is turning away from that," he says by telephone from his home in Los Angeles. "So Alice is a theory. It's a made-up concept. It's almost like made-up scripture."

He backs up a bit to the words "pagan view" and tries to clarify.

"I'm not coming at this with, like, a pagan message. My viewpoints on the world are definitely more scientific and less magical," Ubovich says. "But I do enjoy literature and poetry and stuff like that, and ... I like the idea of trying to make this fictional story about how the world is coming to an end."

He goes on, invoking hedonism and religious theory and feminine god-like figures and an "ecclesiastical way of looking at life."

And then he stops. And he cracks up.

"I read a lot of comic books," he says, snickering.

Now, to be clear, Ubovich is a thoughtful guy and a fertile-minded artist who no doubt based much of Meatbodies' new "loose concept" album on the aforementioned ideas.

But he's also a good, self-deprecating Southern California garage-rock dude who knows that sometimes, rock 'n' roll is just rock 'n' roll, and if you start trying to prop it up with too many high-minded ideals, it's best just to walk it back and let the riffs do the talking.

And riffs are Ubovich's specialty. For several years, he has been one of the go-to guys in the West Coast psych/garage scene, playing with big-timers like Ty Segall and Mikal Cronin. In 2014, he started a vehicle for his own music, releasing the self-titled Meatbodies album.

That was a relentless punk album, heavily influenced by the Ramones and Black Flag, with rays of pop and and psych occasionally shining through the fury. Alice, on the other hand, finds Meatbodies giving those other styles more space to roam. Ubovich says he was deep down a Roy Wood rabbit hole while making it, referring to the glam-pop master who found success with the Move, Wizzard and Electric Light Orchestra in the 1960s and '70s.

Ultimately, Alice finds Meatbodies moving away from its poppy punk roots and stretching out significantly. The band lets its foot off the gas, whips up a heavy dose of psychedelic guitar witchery and takes a deep breath in the variegated haze. The result sounds something like late-era Beatles building sunbaked pop songs atop earth-moving Black Sabbath grooves.

"I think Meatbodies is always going to be evolving in weird ways, and that's the whole purpose," he says. "I'm always growing as a person, and I just really want to have a band that's growing with me. I'm stoked on it." ♦