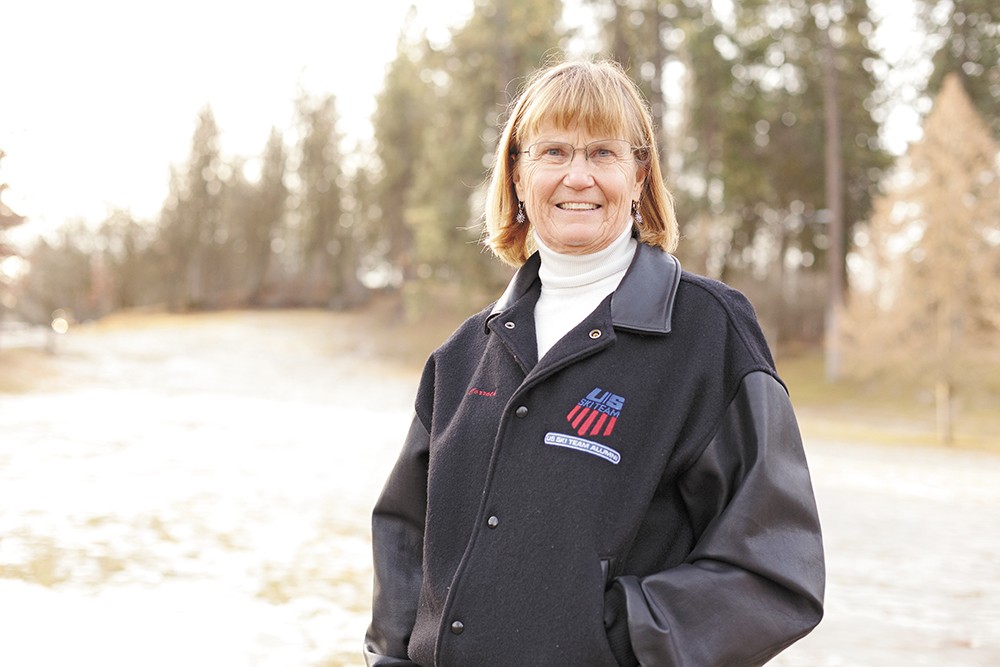 Born into a family of devout skiers, she was put on skis by age 4, the downhill technique becoming as natural as walking. She never envisioned international acclaim as a kid, yet from 1970-73, Susie Luby (then Corrock) was a talented alpine skier competing on the World Cup circuit. At 20, she unexpectedly won the bronze medal in the downhill ski event at the 1972 Winter Olympics in Sapporo, Japan.

"The French are still mad I was on the podium," Luby says with a laugh. "I was just 'on' that day."

The next year, the Seattle native would retire from the sport, later relocating to her husband's hometown of Spokane. However, skiing never left her bones. She still goes out to the mountains every weekend possible.

"Winning an Olympic medal was just one thing I've achieved in my life, it doesn't define me," Luby says from her office at John L. Scott, where she's the managing broker.

But every four years, the mother of two gets calls from journalists wanting to know about that one moment in her life, seeking her take on the upcoming games.

Next month, the Russian city of Sochi hosts the 2014 Winter Olympics, with 15 winter sports disciplines. Although Olympic teams won't be finalized until the end of the month, Luby says the American athletes to pay attention to are skiers Bode Miller, Ted Ligety and Mikaela Shiffrin. Also in the hunt are Spokane skier Will Brandenburg and Sandpoint snowboarder Nate Holland .

Whoever makes the rosters, Luby will cheer on Team USA from home.

"I've never gone back to the Games since I won," the petite strawberry blonde admits. "We've talked about it before, but I'm perfectly happy watching it on TV."

A brand-new, trick-filled event for both skiing and snowboarding, slopestyle is part of the freestyle discipline. Athletes maneuver downhill going through, over and around railings, quarter-pipes and jumps. Expect Americans to do well here.

"This one will be so awesome to watch," Luby says. "It's just so visual and thrilling for the audience."

"Obviously, I wouldn't miss this event," Luby says of the event in which she won her medal. "You can't get the total experience of it by watching it on TV, but there are a lot of Americans to root for here."

One of the oldest events, the downhill competition is part of the alpine skiing discipline. Skiers reach speeds up to 75 mph, making the event the fastest of alpine competitions.

"It's so cool that women are finally going to compete in ski jumping," Luby says.

While men have been ski jumping from the get-go at the Olympics, it's taken until 2014 for women to get a chance to sail 100 meters or more through the air. Women will engage in the individual normal hill competition only, while men also take on the individual large hill and team competition.

An official Olympic event only since 1998, the American public has taken time to warm to the sport of stones and brooms. Interest has grown slowly, as curling clubs — including the Lilac City Curling Club — pop up all over the country.

"I am always fascinated by this event," Luby says. "One time my family and I were in Canada and just watched an entire curling marathon on TV."

"Like everyone else, I enjoy watching this one," Luby says. "When the figure skating competitions come to Spokane, I never want to miss them."

Arguably one of the most popular of all the disciplines, figure skating is an event in which Americans have been very successful. But expect the Sochi team, except for ice dancers Meryl Davis and Charlie White, to be relatively inexperienced.♦

The Austrian and Canadian Olympic hockey teams have tapped three former Spokane Chiefs to fill their rosters for the 2014 Olympics. Michael Grabner and Stefan Ulmer will hit the ice for Team Austria; Mike Babcock will coach Team Canada.

Grabner, a Chief from 2004-07, currently plays for the NHL's New York Islanders. Ulmer saw Spokane action from 2007-10 and now plays in the top-tier Swiss National League A. Detroit Red Wings head coach Babcock, who coached the Chiefs from 1994-2000, is back at the helm of Team Canada after leading it to a gold medal in Vancouver.

Things you learn if watching the Winter Olympics

Business on the Slopes