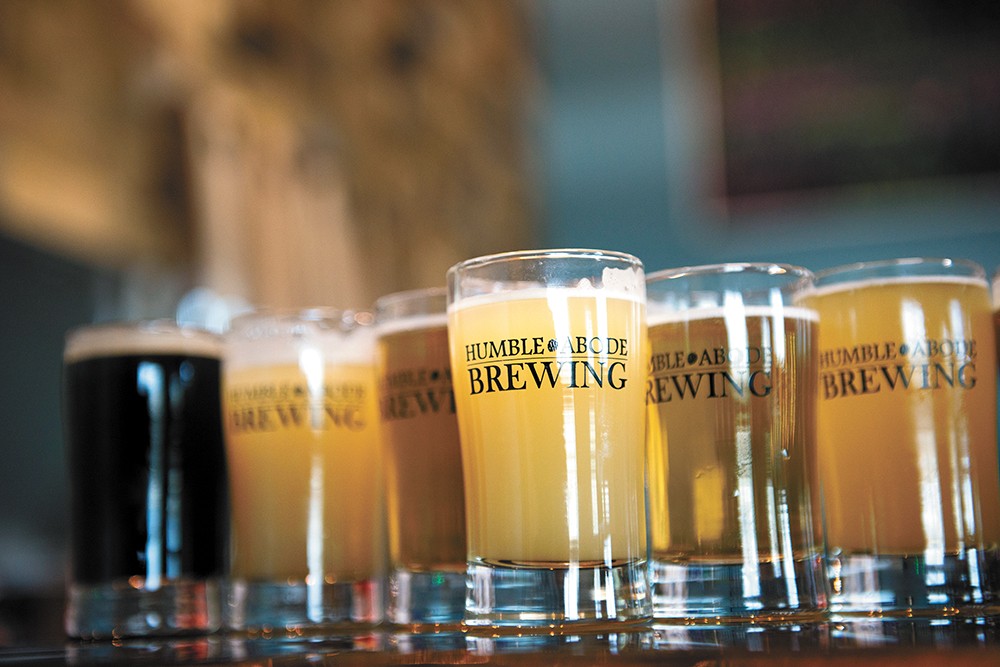 The annual festival — this year hosted at the Steam Plant Event Center — will feature 15 collaboration beers from 26 different breweries. To help you navigate through the many offerings, we've highlighted five beers we're most looking forward to.

The two downtown breweries decided to brew a classic style with an emphasis on a traditional brewing method. The beer started as a traditional German pilsner, then the brewers added acidulated malt and Belgian candy sugar. To give the 8.5 percent ABV ale classic Belgian notes, it was fermented with the Duvel yeast strain. Orange peel was then added to boost the citrus notes — the result is a refreshing, highly carbonated Belgian-style beer.

"We both love Belgian ales and our tap lists were lacking in the area," says Whistle Punk's Matt Hanson.

With Bale Breaker located in the heart of hop country, it makes sense for Perry Street to collaborate with the Yakima brewery to create an IPA highlighting both breweries' strengths. Starting with a base of pilsner malt, flaked oats and Munich malt were added to give the 7 percent ABV beer a big body and pillowy mouthfeel. Cashmere Cryo and Experimental 344 hops create a fruit juice and lemon flavor, then dry-hopping with large amounts of Citra boosts the juiciness of the final IPA.

Kettle Sour
Bellwether Brewing and For the Love of God Brewing

For the Love of God is the newest brewery participating in this year's festival. The brewery that's expected to open midsummer in the Audubon neighborhood is owned by Steve Moss who specializes in fruited beers and uses unique adjuncts such as milk sugar, vanilla and various herbs.

The freshman brewery is collaborating with Bellwether Brewing, which has made a name for itself with its unique approach to ancient styles of beer. The tag-team brewers used cashup white wheat from local LINC Malt and Washington-grown pale two-row malt to create a base highlighting regional flavors. They then added yogurt cultures, raspberries, cranberries, vanilla, rosemary and basil. The result is a herbal, fruity sour ale that will pair well with the warmer days ahead.

This collaboration shows off the strengths of each brewery. Humble Abode is known for its hazy IPAs, and Black Label has produced its fair share of lager beer.

While not a hazy, this lager was brewed like a standard Northeast-style IPA with pilsner and maris otter malts, and a large amount of flaked wheat and oats. The 6 percent ABV beer is hopped with Simcoe, Comet, Hallertau Blanc and Belma.

This farmhouse ale is fermented with a Kveik yeast strain that has been used by Norwegian brewers for centuries, but was only recently propagated and distributed by American yeast labs. This Scandinavian yeast differs from other commonly used strains in the fact that it has a high heat and alcohol tolerance, and it ferments very quickly.

The brewers added a blend of apricots, tangerines and Szechuan peppercorns to create an even more distinct flavor profile for this 6.5 percent ABV beer.

It's the only collaboration beer at the festival to be brewed at each brewery — one version brewed at Iron Goat using their production methods, and another at the Hidden Mother's facility. ♦

Collaboration beers will be on tap at participating breweries as well as CollabFest.