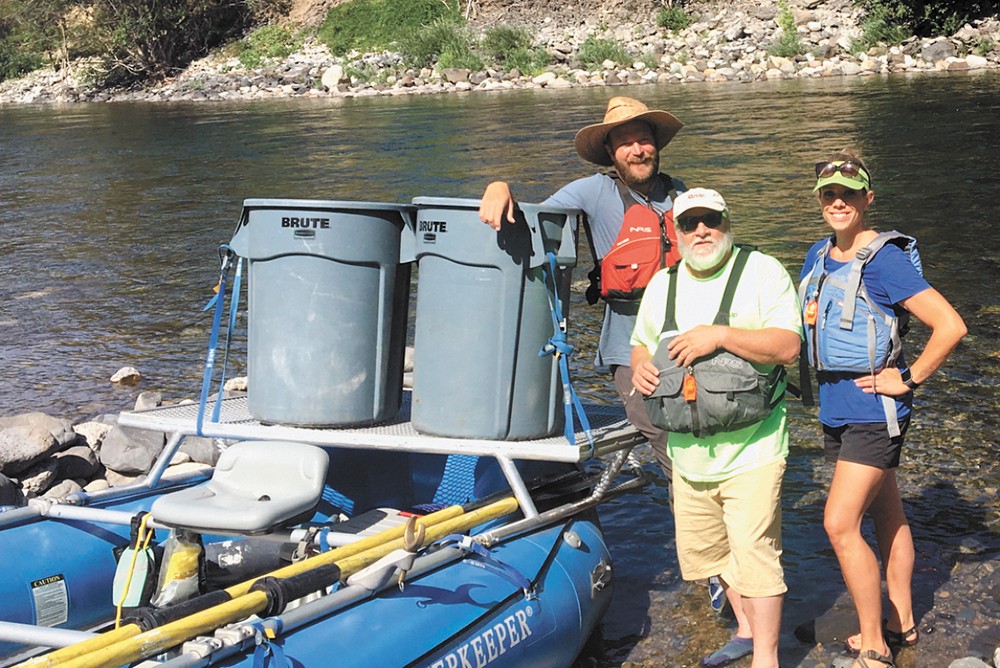 SNAP photo
The Spokane Riverkeeper partnered with Spokane Neighborhood Action Partners (SNAP) and Frontier Behavioral Health to do homeless outreach along the river.

For Spokane Riverkeeper staff, it's nothing new to raft along the Spokane River to keep tabs on the health of the waterbody, clean up litter and reach out to river users.

But in recent years the river-oriented workers realized there's one population of river users they could use some help connecting with: people who camp and live along the river.

"We were seeing all of this desperation," says Spokane Riverkeeper Jerry White. "It kind of became a no-brainer to think about the homeless population as a population to reach out to."

So this summer Riverkeeper ramped up a partnership with Spokane Neighborhood Action Partners (SNAP) and Frontier Behavioral Health. Riverkeeper provides the boat and some rowing power while the other nonprofits provide staff from their homeless outreach team to hop ashore, connect with people and make sure they can access services.

"We're really trying to address homelessness in our community and also the environmental impacts of homelessness," says Shawna Sampson, head of SNAP's Homeless Services department. "Going out with [Riverkeeper] enables us to get to some of the encampments and people in a safer manner than trying to access them via trails."

Some of the people they talk to are already on waiting lists for housing, Sampson says, while others are being contacted for the first time. Staff may hand out garbage bags, water and other resources as available, while trying to start a relationship with that person.

"Not everybody wants to engage with us right away," she says. "Sometimes it might take several contacts to develop some kind of trust so they do want to engage with us, so we keep going out into our community and working with people."

The partnership is also about encouraging campers to "pack it in, pack it out," White says. If they bring stuff down to the river, the goal is they'll take it back instead of leaving garbage behind.

"We have a very minor part of this, but it's an outreach message we deliver, which is keeping a clean camp," White says. "We've found that folks are fairly receptive to that."